Our trial outcomes speak for themselves. The accused service member and his or her desired outcome is our main concern. Our defense attorneys keep lighter caseloads than the average assigned Army military lawyer so that we can concentrate on every trial on an individual basis. Your case will not be outsourced to a random attorney, and we will not bully you into a guilty plea at the last minute. Our defense attorneys have successfully defended Army court-martial and ADSEP cases in the United States and worldwide.

Our law firm’s founding lawyers, Michael Waddington and Alexandra Gonzalez-Waddington graduated from Temple University School of Law in Philadelphia, PA. In addition, Mr. Waddington is a member of the American Board of Criminal Lawyers. The ABCL is regarded as one of the most honored legal organizations comprised of some of the country’s most respected criminal defense attorneys. Membership is by invitation only and exclusive to extremely regarded criminal defense attorneys with at least ten years of experience defending criminal cases. In addition, at this time, they must have defended 50 or more felony cases and must have won 35 or more jury cases.

Moreover, Michael Waddington was voted a “Super Lawyer” in Georgia and is rated Superb on AVVO.com. A few of Michael Waddington’s cases were made into films, such as “Killings at the Canal,” a CNN documentary special that unveils what caused the murders of Iraqi terrorists by Army soldiers. He also regularly instructs criminal attorneys on cross-examination.
Our high-powered court-martial defense attorneys will use our skills to fight your court-martial or administrative separation case.

Call today to consult with a hard-hitting civilian defense lawyers.

The National Security Agency revealed that the threat to kill Gen. Joseph M. Martin was a plan to infiltrate and monitor Fort McNair, an army post near the U.S. capital, two senior U.S. intelligence officials said. Officials said communications intercepted in January by the NSA showed that Iran’s revolutionary guard was discussing launching a USS Cole-style attack on the base, which the army calls a suicide bombing in October 2000, in which a small boat ran aground and exploded next to a Navy destroyer in Yemen’s port of Aden killing 17 sailors. The officials said that Washington’s Iran made the threat because the base is in the city’s busy waterfront district, where the army has its deputy chief of staff.

The army post is one of the oldest in the country and was Martin’s official residence. Fort Leslie J. McNair is the headquarters of the U.S. Army Military District in Washington and the residence of the Deputy Chief of Staff of the U.S. Army Reserve. Support for Fort McNair falls under Joint Base Myers-Henderson Hall, but it falls under JBMHH.

Fort McNair has since 1966 been the headquarters of the U.S. Army Military District in Washington and the seat of National Defense University since 1977. Fort McNair is now part of the Joint Base Myers-Henderson Hall, Army’s Military District headquarters in Washington. It is home to the National War College and the official residence of the U.S. Army Deputy Chief of Staff. At the southern tip of the base is the National War College, where middle and senior officers study national security strategy from admirals to generals.

Fort McNair, a historical part of Washington Arsenal as the oldest military complex in the United States, has national importance in architecture, military history, military training, and health and medicine. In addition to its original use to defend the city, the base served as a prison, barracks, hospital, and college in various periods of the country’s history. The popular military university was founded in 1976, and the two buildings that make up the university, the Armed Forces College and the National War College, were erected a decade later.

The university is located on Fort Lesley J. McNair grounds in Southwest Washington, D.C., between the Anacostia River and the Washington Channel. The National Defense University was founded in 1976. It included the National War College, the Dwight D. Eisenhower School of National Security Resources and Strategy, the Industrial College of the Armed Forces at Fort McNair, and the Joint Force Staff College in Norfolk, Virginia. The NDU is located approximately one mile from the Waterfront Station of the Washington subway on the Green Line.

Fort McNair, Washington, D.C., is a military facility operated by the U.S. Army on a small peninsula at the Anacostia and Potomac rivers. We serve as sponsors for visits to the base, including the Army War College and the National Defense University. See also information on post-housing for the local community. 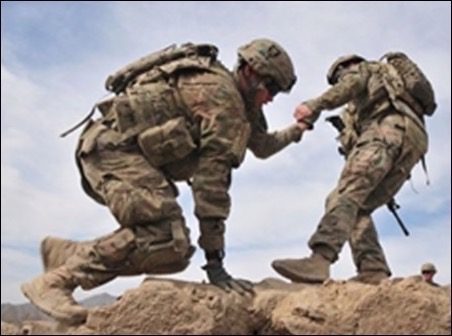 Fort McNair in Washington, D.C., is the oldest military base on U.S. territory with over 200 years of history. In 1901, with the founding of the Army War College, the post was called the Washington Barracks, originally under the Army’s “training center for high-ranking officers who led and directed large numbers of troops. Postal

Hospital was renamed in 1893 after Major Walter Reed, a U.S. Army Medical School faculty member, in honor of those who remained in Fort McNair until 1909. Then, it was relocated to its current location on Georgia Avenue.

When the Washington arsenal was closed in 1881, the post was transferred to the Quartermaster Corps. It was renamed after the end of World War II in memory of Lesley J. McNair, one of the commanders of the ground forces. Fort McNair, named after Washington Arsenal, has been a military base for over 200 years [1], about a third of the United States military academy in West Point and Carlisle Barracks.

Major Pierre-Peter Charles Lenfant included Fort Lesley J. McNair in his plan for Washington, D.C., as an important location for defense. Accordingly, in September 1998, the college moved the lease of offices in Washington, D.C. to Fort McNair from the Preserve Quarters, which had previously been used as a commissioning office, to Fort McNair Stables. Fort McNair is a U.S. Army post at the tip of the Greenleaf Point peninsula, located at the confluence of the Potomac River and the Anacostia River on the Washington DC Peninsula to the west and the Washington Channel to the south.

In communication, Iran’s Revolutionary Guard threatened a suicide attack on Fort McNair, similar to the bombing of the USS Cole. They revealed a threat to kill the Deputy Chief of Staff and Army Gen. Joseph M. Martin and infiltrate and monitor the base. According to the Associated Press, the threat was threatened by Arby’s recent push to increase security at the base and Washington D.C., including establishing a buffer zone of 250 to 500 feet around the Washington Canal. Leaders in Washington opposed the proposed changes, with the A.P. noting that it would reduce access to the canal.