Our aggressive military attorneys and their victories set us apart from less experienced attorneys. 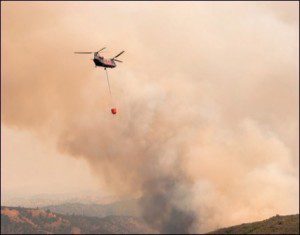 If you or a loved one are facing a court-martial for a military Article 120 UCMJ offense or if you are facing an administrative discharge, non-judicial punishment, show cause board, letter of reprimand, then contact our civilian lawyers right away.

The suspected service member and his or her desired outcome is our chief concern. Our court-martial defense lawyers keep smaller caseloads than the average free defense attorney so that we can focus on every client separately. Your case will not be outsourced to a random attorney, and we will not intimidate you into taking a dive at the last minute. Our court-martial attorneys have contested US Army court-martial and ADSEP cases in the United States and worldwide.

Anniston Army Depot is part of the U.S. Army Tank and Automotive Armament Command and is designated as the Technical Excellence Center.

The Anniston Army Depot has been designated as a candidate depot for the repair of the M60 AVLB, M570.2 and M88 combat vehicles. ANAD is the only depot capable of servicing tracked vehicles and their components and house a state-of-the-art 23,000 m2 Small Arms – Rehabilitation Facility that opened in January 2012 to replace an obsolete facility. After the Second World War, the depot continued as a warehouse and regional maintenance depot until 1952 when it was commissioned by the army to overhaul and rebuild its fleet of combat vehicles, tanks, artillery and anti-aircraft guns.

Sexual Assault Cases in the Military

Anniston Army Depot (ANAD) in Alabama is a U.S. Army maintenance centre and ammunition depot with 15,000 acres of forest, more than three million square feet of maintenance and production facilities and six million feet of storage facilities. Although the depot’s footprint is relatively small compared to military installations, work at the site has a global impact on logistics support and operational readiness. Find information about the website, including the main commercial DSN number for the website, information about basic services, basic transport, lodges, TDY, PSCing, personnel processing, etc.

The Army Community Service Relocation Readiness Program offers sponsorships and support at the request of incoming military and civilian personnel. Anniston Army Depot (ANAD) in Alabama is a center of industrial and technical excellence well known for tracked vehicles, artillery bridging systems, rail training equipment and more. The maintenance and stockpiling of conventional munitions and missile stockpiles, as well as the seven percent of the nations “chemical weapons arsenal, are essential components of ANAD’s overall mission and capabilities.

Anniston Munitions Center recently opened its doors to help the Army Reserve carry out annual training requirements. Parents, trainers and members of the management of the depot were present to witness the new path of the students.

It was not until the 1950s that the ANAD’s maintenance mission at the depot began. Local government and business leaders gathered on the roof of the Nichols Industrial Complex at the Anniston Army Depot to observe, accept and ignore the sweltering Alabama heat to grant a send off and retirement to Col. Marvin Walker who took command of the depot two years later. The depot was the national leader of the Army’s during his tenure, Walker said, among the 26 depots, arsenals and ammunition factories that comprised its organic industrial base for the manufacturing of and restarting army equipment.

Anniston Army Depot is a major U.S. Army facility for the production and repair of ground troops, the overhaul of small arms and weapons systems and storage of chemical weapons (also known as the Rifle and the Rifle Divisions). It is one of seven chemical weapons depots in the United States and stores 72% of the nation’s chemical weapons arsenal. Anniston was conceived as an ammunition depot, isolated in the northeastern foothills of the Appalachian Mountains, before America entered World War II.

Tanks and other equipment were repaired and tested there, but Anniston’s main task was to be an ammunition depot during World War II. The primary task was to repair tracked vehicles, overhaul small arms and weapons systems, and store chemical weapons (Anniston Chemical Activity).

The Open Burn and Open Detonation (Ü & OD) unit at Anniston Army Depot in Anniston, Alabama consists of 120 hectares designated as Operational Waste Disposal Unit (RCRA) and uses a rocket motor with fuel specification to ignite obsolete and damaged ammunition. Units are active facilities with limited access to the depot areas and require special security clearances and badges for daily ammunition destruction and demonstration events that require detailed planning and coordination, including radio contact procedures to avoid delays in dangerous situations. All vehicles entering or leaving the depot are searched and 100% checked.

The replacement value of the depots and industrial capacity is estimated at $2.2 billion annually. ANAD personnel do not only work in Anniston Depots, but are deployed around the world to provide “combat forces” our nations with vehicle and equipment support and on-site repairs. Command Tank and Automotive Armament Command (TACOM) carries out maintenance work on the government depot for more than 6,700 employees and is the contractor on site to rebuild some of the Army’s “most powerful ground forces, including the main M1 Abrams battle tank.