Cities in Massachusetts where our military defense attorneys represent service members at court martial and in administrative separations:

Fort Devens was built in 1917 on 5,000 acres of land in Devens, Massachusetts. Originally Camp Devens during WWI it was made a permanent installation in 1931 and named Fort Devens in 1932. During World War II, Devens housed a prisoner of war camp for German and Italian prisoners.

In 1996 the Army post that resided here was closed and parcels of land have been distributed to different state organizations. Today, although not very active, the base is used by the Army Reserve Command and Marine Corps Reserve. Starting in 2008, the Army began construction on three large buildings that are projected to cost around $100 million.

The US Army Soldier System Center is 78 acres of US Army land located in Natick, Massachusetts. The center has the primary mission of providing the soldiers of America with the best equipment in the world. With this in mind, the command behind the Soldier System Center has consolidated the full life-cycle management of soldier basic items into a one-stop soldier support organization.

The Soldier Systems Center is tasked by the Department of Defense to conduct research and development of basic supplies such as food, clothing, shelters, airdrop systems, and other combat support items for the soldiers of the US Army. However, the center is also home to various facilities of other services aside from the Army. The most important tenant unit of the installation is the US Army Natick Soldier Research, Development, and Engineering Center.

The Westover Joint Air Reserve Base in Massachusetts serves as a major base for Air Force, as well as Army and Navy reserve units. The base covers more than 2,500 acres of land. The current head of the base is Col. Robert Swain, also the commander of the Air Force Reserve’s 439th Airlift Wing. The base is also the home of the 439th Airlift Wing, the 226th Army Transportation company, and the 26th Marine Regiment. Aside from its military operations, the air base has been used as a a back up landing site for NASA’s space shuttle program. Its two runways are also regularly used by civilian aviation under a joint agreement. Westover also employs a significant part of the population of the city of Springfield. 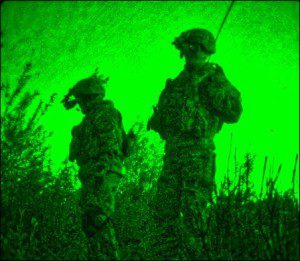 Coast Guard Air Station Cape Cod is located on Otis Air National Guard Base in Sandwich, Massachusetts. The primary mission of the base is to patrol the Northeast coast from Canada to New York City with its 4 Sikorsky MH-60J Jayhawk Helicopters and 4 Falcon HU-25 Jets.

In an average year, Air Station Cape Cod conducts 249 search and rescue cases, saves 51 lives, medevacs 50 people, and assists 89 people in distress. Originally intended to replace Coast Guard Air Station Salem, the base was commissioned on August 29, 1970. The original HH-3F Pelicans and HU-16E Albatrosses were transferred from CGAS Salem and CGAD Quonset Point Rhode Island. The base’s current fleet is highly capable of fulfilling its duties, having the only HU-25 with Aireye, an airborne oil spill tracking and mapping system.

Massachusetts, a landmark in American Revolution is a wonderful place to learn American past if you’re a fan of history. Known by several nick names like “Bay State” – where initial settlers made their first colony in bay area, ‘The Baked Bean State’-where Puritans used to serve baked beans and brown bread on Sunday, ‘The Pilgrim State,’ where the pilgrims made their first settlement in Plymouth in 1620 and were governed by first constitution of America called The Mayflower Compact, ’The Puritan State’- Massachusetts speaks volumes about the colonial legacy in America, and it had significant cultural, social and historical and commercial role to play in American history. It is same place where the Salem witch trails took place, and it nourished the transcendental and abolitionist history.

Located in the northeast part of USA Massachusetts is the 4th largest and most populated of all the six New England States.

It is surrounded by important states like Vermont, New Hampshire Rhode Island and Connecticut and New York and Atlantic Ocean in east and south. 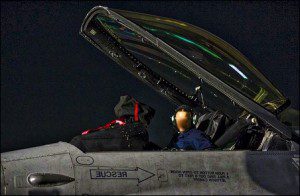 Massachusetts is a place of important historical places from the era of American Revolution. It also holds world’s top class educational institutions and Fine Arts Museum.

Four of the very popular presidents of USA have inhaled from Massachusetts namely- John F Kennedy, George Bush, John Adams and John Quincy Adams. It is also the largest cranberry producing state of the nation.

The Freedom Trail in Boston is a pathway holding sites from the famous American Revolution Era. It is also known as the City of Firsts as it holds the first secondary and public high school, and the first college named Harvard. Other prominent schools include MIT and the Amherst College. It was also the colony to have the first printing press, library and newspaper.

As a tourist, one will be swayed away by the number of places and activity centers in Massachusetts. Whether it is art, music, shopping centers, sea food items or captivating islands, there is a place of interest for every traveler. Cape code is a picturesque view of a curving peninsula opening into the Atlantic. Martha’s Vineyard is also another popular tourist attraction..

The Hanscom Air Force base in Bedford is the largest base, named after a local pilot named L.G. Hanscom, who died in an air crash in 1941.

Hanscom does not carry any flight operation and is mainly focused on electronic and research systems and offers a worldwide support to major Air Force procedures.

Rest five bases are Westover Air Force Base in Westover, Fort Devens Army Base, and Natick based Soldier System Base, The Cape Cod Coast Guard and Sector SE New England.

The military data as of 2004 showed that were are approximately 4000 active military recruits, 7000 National Guard employees, and 3,049 civilian personnel.

Massachusetts is one the few states to have been actively receiving defense contracts and highest defense payrolls, including retired personnel pays, many of whom have either served in World War II, Korean War or Persian Gulf War. Expenditure of a close to $1.3 billion was spent on these veterans in year 2004. Apart from this, the state police force has team of around 2000 active policemen, who are trained and who participate in national and international security events every year.