When You Need a Court Martial Lawyer in Elizabeth City, NC

Our defense lawyers have successfully represented military personnel around the world.

The aggressive court martial attorneys at Gonzalez & Waddington have developed a reputation for defending military service members at military installations worldwide. If you are stationed in Elizabeth City, NC and are under investigation for a military offense, then retaining the most hard-hitting court martial defense attorney can be the difference between getting convicted versus winning your case or saving your career. Our defense lawyers defend Elizabeth City, NC service members in both criminal and administrative matters to include representing military personnel accused of sexual assault, murder, and other offenses under military law.

This film is a great example of why you must retain the best military attorneys possible.

Unlike the majority of civilian defense lawyers or your assigned military lawyer, pleading guilty is not something we commonly recommend. Our lawyers compel the military to prove their case beyond a reasonable doubt. We take nearly every case to trial and fight the allegations in front of a panel.

Our military court martial victories are clear. The accused military service member and his or her well being is our principal concern. Our defense lawyers keep lighter caseloads than the typically assigned military lawyer so that we can focus on every client individually. Your case will not be delegated to a random lawyer and we will not intimidate you into pleading guilty at the eleventh hour. Our court martial attorneys have defended military court martial and ADSEP cases in the United States and worldwide.

Our hard-hitting court martial defense attorneys will use our skills to fight your court martial or administrative separation (ADSEP) case in Elizabeth City, NC.

If you or a loved one are stationed in Elizabeth City, NC and are accused of a military offense such as sexual assault or if you are dealing with an admin discharge, NJP, show cause board, letter of reprimand, then contact our military defense attorneys right away. 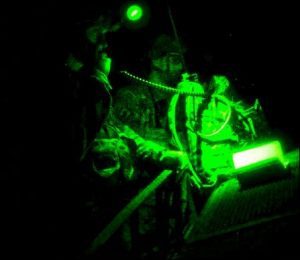 Elizabeth city is a city situated in Northeastern Carolina, in the United States of America. Elizabeth city is largest city in Pasquotank County. It is center for cultural, economic and education hub of sixteen county of North Eastern Carolina. The city was founded in 1793 as town of Redding. It holds a population of 18,266 as of 2013. It has a long history of shipping due to its location at the narrow bend of Pasquotank River. The city is very proud to serve the nation as largest US Coast Guard base. The city is named as one of the best 100 small towns in United States. It is ranked as one of the best places to live on the east coast by money magazine. The city retains the waterfront property. It links neighboring counties and cities by highways and bridges. It serves as largest US coast guard base in the United States.

The conclusions of World War II led to a leveled economy over the following decades, to form service, government and agriculture economic sectors. The tourism and civic revitalization centered downtown and city’s five historic districts led to increasing stability. The city has a humid subtropical climate with variations in temperature and precipitation. History is in abundance in Elizabeth City. The self guided tours offered by Visitors bureau explores six historic districts, markers that explain the battle of the city and other milestones related to civil war. Business is blooming in the city. The harbor of hospitality hosts a vibrant downtown, historic homes and excellent places to shop and dine. Elizabeth city downtown is a great place for business. The pedestrian friendly downtown touts shops, boutiques, galleries that specialize in home decors, furnishings, books, jewelry, apparels and many more. It is home for three colleges and universities. It also supports business community like agriculture, aviation, tourism and other industrial sectors. The famous attractions of the city include 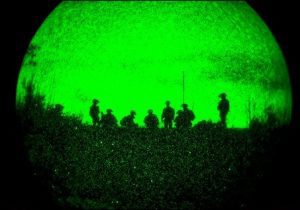 It maintains and operates five HC 130J Hein Hercules aircraft and four MH 60T jay hawk helicopters. U.S coast guard operates it. It is all time active to work around the clock. They conduct operations in multiple areas. The various missions operations include SAR (Rescue / Search), Ice Patrol, Maritime Law Enforcement, navigation support and environmental protection. The SAR – Rescue And Search is one of the most popular operations. It aims to save many lives and it is well know all around the world. It works with large number of boats, ships, cutters and aircraft’s. The ice patrols locate largest icebergs and keep marine experts informed. The excellent system helps marines and warns them in advance about any potential dangers. The air station also deals with national security, law enforcement operations and fights against environmental problems. These are usually performed with four helicopters and five aircraft.