Cities in Wisconsin where our military defense attorneys represent service members at court martial and in administrative separations:

Fort McCoy is a US Army support installation, serving as a ready and capable mobilization site, located between Sparta City and Tomah County counties in Monroe County, Wisconsin. The total land area of the base encompasses 60,000 acres. Fort McCoy is the only base of its kind because it is the US Army’s only training facility focused on providing Total Force Training.

The primary mission of Fort McCoy is providing training and ensuring the preparedness of the reserve and active-duty elements of the US Armed Forces. Fort McCoy is one of the Army’s fifteen power-projection platforms. It is currently the parent installation of Fort Hunter Liggett and Parks Reserve Forces Training Area, both of which are located in California.

Wisconsin is a U.S. state that is situated in the north-central region of the United States of America. It is the 23rd largest and the 20th most populous state in the USA, deriving its name from the river Wisconsin that flows through the state. It shares its borders with Michigan on the east, Minnesota on the west, and Illinois on the south and Iowa on the south-west.

Madison is the state capital, while Milwaukee is the largest city situated on the west shore of Lake Michigan. Wisconsin consists of 72 counties. It shares a long coastline with the Great Lakes, second only to Michigan. Since Wisconsin is one of the leading producers of dairy products in the country, it is often referred to as “America’s Dairyland”. . Almost half of the state area is covered by forest.

Tourism: Tourism is the third largest major industry in the state of Wisconsin. Tourist attractions of the state are Circus World Museum in Baraboo, The Dells of the Wisconsin River and the House on the Rock near Spring Green. Festivals like the Summer fest and the EAA Oshkosh Airshow attract international visitors in hundreds and thousands. Water recreational activities are also famous, due to the large number of rivers and lakes in the state. The industrial are in the north that focused on timber is now converted into a tourist destination. The state of Wisconsin has a great military record, one that it is proud of. Since 1848, when Wisconsin was declared a state, more than 775,000 people have served in the armed forces during the times of war and conflict.

Famous military organizations like 32nd “Red Arrow” division of the World Wars and the Iron Brigade of the Civil War mainly consist of Wisconsin soldiers.

It is located between Sparta City and Tomah, in Monroe County, Wisconsin. Since its inception in 1909, it has primarily served as a military training centre. Some parts of Fort McCoy are usually used to provide training facility by Wisconsin State Patrol. 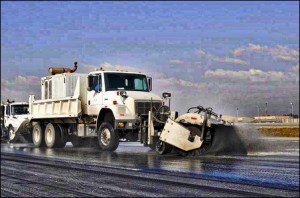 The total land area covers around 60,000 acres. Fort McCoy is a base that is the only one of a kind as it is the only training centre that provides Total Force Training, since 1909. The primary focus of the base is to prepare and ready the reserve and on-duty personnel of the United States Armed Forces.

Fort McCoy is now the parent installation of Parks Reserve Forces Training Area and Fort Hunter Liggett, which are both situated in California. Around 100,000 army men are trained every year at the fort, and sometimes the yearly number goes up to 149,000.

Fort McCoy is also the headquarters of Naval Mobile Construction Battalion-25 (Spades and Clubs), that served a distinguished tour in Iraq and SOUTHCOM (including Cuba, Jamaica, Dominican Republic, and earthquake disaster relief to Haiti). It was also used as a mobilization unit during Operation Desert Shield and Operation desert Storm, and this was the first time units were mobilized after the Korean War.