Cities in New York where our military defense attorneys represent service members at court martial and in administrative separations:

Fort Drum is an Army installation located in Jefferson County, New York. It has a total land area of 107,265 acres and has a population count of 12,123. It has the primary mission of commanding active component tenant units in the installation, providing administrative and logistical support to its tenant units, supporting the training of active-duty personnel and reservists who train at the installation, and planning and supporting the mobilization and training of not less than 80,000 troops each year.

Fort Drum was established in 1908 and has been used as a training base since then. Tenant Units housed in Fort Drum include the 10th Mountain Division, elements of the American Red Cross, the US Army Materiel Command FSC, the 20th Air Support Operations Squadron, and the 18th Weather Squadron Detachment.

Fort Hamilton is a military base in Brooklyn, New York. The post is one of several posts which are under the control of the Military District of Washington. Fort Hamilton holds a Military Entrance Processing Station, Reserve Units including some ROTC units, Ainsworth Clinic, and the New York City Recruiting Battalion. The post was established in 1825 and named in honor of Alexander Hamilton, the first Secretary of Treasury.

The post has several notable commanders including Captain Robert E. Lee, First Lieutenant Thomas “Stonewall” Jackson, and Captain Abner Doubleday. At present, the main mission of Fort Hamilton is to provide metropolitan New York with military installation support for the US Army Reserve, including the Army National Guard.

The US Military Academy, commonly known as West Point, is the premier military academy of the US of America. It is located in West Point, New York and the whole reservation encompasses 16,000 acres of land. It was established in March 16, 1802 and was the first American college to introduce class rings. The curriculum offered in the academy served as a model for many engineering educational institutions.

The USMA offers a four-year coeducational federal service education for cadets wanting to enter the US Military as commissioned officers. The 1,000 cadets who successful graduate yearly from the academy are commissioned as Second Lieutenants. Two former presidents of the US of America, a former president of the Philippines, a number of famous generals, and seventy-four Medal of Honor recipients, are products of the Academy.

Founded in 1813 to support the War of 1812, Watervliet Arsenal has been the oldest continuously active arsenal in the US. It became a historic landmark in 1966. It is mostly known to the public known as a museum of the big guns as they produced massive 16-inch weapons for WWII. The Arsenal covers 30,000 square feet and houses the museum, offices, and storage.

Naval Support Unit, Saratoga Springs is a US Navy installation located between the Catskill and Adironack Mountains in the State of New York, just 35 miles north of Albany, New York. It supports most commands based in the New York State Capital Region and is home to the Fleet and Family Support Center, the Navy Recruiting Region North Customer Service Detachment, and the Nuclear Power Training Unit.

Naval Support Unit, Saratoga Springs has the primary mission of supporting the Naval Power Training Unit which is located in West Milton, Saratoga County, and the Housing Complex located in Saratoga Springs. It has a total population count of 1,746 active duty personnel, 3,263 family members, and 53 civilian employees. The majority of the population is housed in the Housing area where major grocery stores, gas stations, and convenience stores are located.

City of New York is the most popular city in the United States of America. It is one of the world’s largest harbors. New York City encompasses of five boroughs. The city has an estimated population of 27,858 people for every square mile. The city has a significant impact on art, religion, finance, commerce, entertainment and education. It is also called as the cultural and financial capital of the world. The city is known by various nick names like The Big Apple, The Empire State Building etc. Frequented by several immigrants and visitors who come here for educational or official purposes, New York is the best gateway for legalized immigration to the United States. The 400 years old city was originally named as New Amsterdam. The city has changed over the time from primitive state as a forest to the skyscraper city. The New York is a busy, crowded metropolitan city. 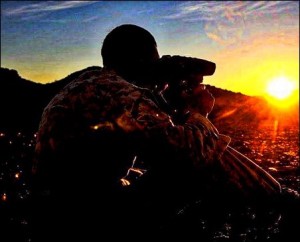 New York is the home for people virtually from every country in the world. The city holds a population of twelve million.

New York City is a combination of different culture. Almost fifty-two percent of the population is female residents. The entire New York City is approximately three hundred square miles in size. Along with meadows, forests, mountains, rivers farms and lakes, the state also includes The Empire State Building, Central Park, and the statue of Liberty, The Brooklyn Bridge and Times Square.

In addition to The Empire State Building, many sky scrapers were built in the various buildings like Woolworth building, New York life building and Metropolitan Life Insurance company tower of New York City. The city hosts many attractions which attracts crowd from all over the world. Visitors can find food varieties from hundreds of countries.

The New York botanical garden allows visitors to experience the beauty of nature. The Bronx zoo is one of the famous zoos in the United States and is the home for several rare species. The New York Aquarium provides good experience to visitors to see sea animals up very close.

The museum of modern art is one of the popular museums in the world. Visitors across the world visit New York to experience the night life, theaters, restaurants and night club. New York City Marathon is very famous in the city which draws almost 50,000 people every year to run across the five boroughs. The famous street foods available in New York are pretzels, hot dogs and tacos. It is the place for many inventive foods like ice cream cones, egg benedicts and pasta primavera. New York experiences a hot and humid continental climate all throughout the year. 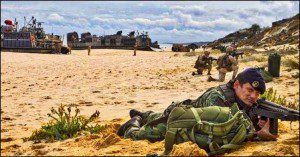 There are three military bases in New York City which are Fort Drum, Fort Hamilton and the US Military Academy.

It holds a population of 300 service members. The mission of Fort Hamilton is to provide defense and security to the New York harbor. US Military Academy is a military base located in West Point in New York City that focuses on building leadership, artillery and engineering services.

Waterville Arsenal Army base is located in Waterville in New York. It is an arsenal run by the United States on the banks of Hudson River. The arsenal is spread across 150 acres of land.

Saratoga Springs NSU navy base is located in the mountains, 35 kms away from Albany. Over the years the base is improved and upgraded to the latest technologies. The Navy base is connected to the State Capitol region of New York and it aims to support the commands effectively.