Our team of aggressive sex crime lawyers has the training to zealously represent you and your freedom in a court-martial. They are some of the most experienced in the field of Article 120 UCMJ defense. Our experienced civilian defense attorneys have decades of sex crime defense experience. If you or a loved one has been accused of a sexual offense such as military sexual assault, abusive sexual contact, rape, child abuse, drug trafficking, or BAH fraud, then act now! Our seasoned criminal defense attorneys will aggressively defend you.

A sex crime is a criminal offense that takes place when a person sexually abuses or pushes an unwanted sexual encounter through psychological and physical manipulation. We have successfully defended and acquitted service members worldwide. Check out our court-martial case results to learn more.

The aggressive military defense attorneys at Gonzalez & Waddington have earned a reputation for representing service members at US military installations across the globe, such as Spain. For example, suppose you are suspected of a military offense. In that case, retaining the most aggressive criminal defense attorney can be the difference between losing your career and family versus winning your case or saving your career. Our court-martial lawyers represent service members in criminal and administrative matters, including representing Soldiers accused of sexual assault, theft, and other offenses under the UCMJ. 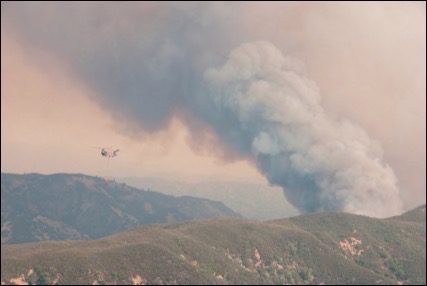 Unlike most civilian military attorneys or your assigned counsel, pleading guilty is not something we commonly do. Instead, our firm forces the prosecution to prove their case. We take nearly every charge to trial and fight the charges in front of a military jury.

Our trial results speak for themselves. The accused service member and his or her desired outcome is our primary concern. Our military criminal defense attorneys maintain lighter caseloads than the usual assigned US Army military defense attorney so that we can concentrate on each trial separately. Your trial will not be outsourced to a random attorney, and we will not coerce you into taking a dive at the last minute. Our court-martial defense attorneys have successfully fought US Army court-martial and ADSEP cases in the United States and globally.

The military station has several facilities including the Arctic Test Board and the Army Cold Weather Mountain School. Housing has been privatized, but the Fort operates the North Haven Community, which provides housing outside the base for military families and other eligible service members.

USASDC took operational control of the facility in 2002 after the reorientation and closure of the base (BRAC) was commissioned in 1995 to determine the basis for the closure. The post has been well suited for cold weather training since the late 1990s, when it housed the Cold Regions Test Center and Northern Warfare Training Center. The realignment of the base and the commissioning of the BRAC affected operations at Fort Greely, as missile defense became an important part of the mission and the base was removed from the BRAC list to support the ground-based midcourse defense initiative (GMD) to this day.

Fort Greely, Alaska, trains soldiers and civilian personnel ready to serve the United States in full. The population consists of a mix of active garrison crews (10%) and the Alaska Air National Guard, whose main tasks are site security operations and missile defense (207), civilian employees (430), and contractors and tenants (643). There is also a small regular garrison unit responsible for supervising the main cantonal area of the posts.

Fort Greely, Alaska (FGA) was deactivated in 1945 and reactivated as an army post for US troops in 1947. Fort Greely began its history in 1942 when the 1st Lt. William L. Brame of the 138th Infantry led a 15-man advanced detail to establish an air force base in the Big Delta.

In 1949, the Army Department ordered the organization of the Arctic Test Section on Big Delta Air Force Base in Alaska, known now as Fort Greely. In the same year, the Army established the Cold Region Testing Center to test the types of Army equipment that could be conducted in the cold region. The Arctic Test Branch moved to Alaska in July 1949, and test operations commenced.

In 1948, the Air Station for US troops was reactivated in the Big Delta, Alaska, where the Army Arctic Training Center is located. The military post was renamed on August 6, 1955 Fort Greely to honor the late Major General Adolphus Washington Greely, the founding father of the Alaska Communications System and a unique explorer of the Arctic.

Major General Greely was responsible for several telephone lines in the United States, the Philippines, Alaska and Puerto Rico. The US Army – Garrison at Greely is located about 100 miles away from Alaska’s nearest city, Fairbanks, as part of the Ground-Based Midcourse Defense Initiative (GMD). The military post is an integral part of the US ballistic missile defense system and a national security asset.

Fort Greely is one of two US sites for interceptor missiles and is located within the Great Circle Line between North Korea and the United States. The United States began work on a missile defence system at Fort Greely in summer 2002. The system is to deploy a total of 25 to 30 anti-missile missiles by 2010. After Britain announced its withdrawal from the Anti-Ballistics Missile Treaty, the base was chosen as the site for a ground-based medium-range defense system.

The US Army Space and Missile Defense Command (USASMDC) reopened the FGA and continued the restoration process. The Missile Defense Command took command of the fortress and ceded direct control to the army, although the army retained control of the nearby military training ground. Instead of Fort Wainwright, the base command was called “US Army Garrison Alaska” (USAG).

The USAG Alaska ISportsMan system was introduced to facilitate public and private access to Army countries and keep you informed about troop training area closures. Chugach provides basic services for the fort that houses the MDA and SMDC, located 100 miles south of Fairbanks, Alaska.

Due to the location and surroundings of the flight stations, it has been the place for training, testing, operation and equipment in cold weather for the past half century. Since the late 1990s, the main tenants include the Cold Region Test Center and the Northern Warfare Training Center. Fort Greely, Alaska (FGA) was founded in 1942 as an Army air base to serve as a staging post for aircraft ferries to Russia during the Second World War.

Kodiak Naval Base, with its Air Base and submarine base was the joint operations centre of North Pacific Forces for Navy, Army and Air Force and operational at the time of the Japanese attack on Pearl Harbor. Kodiak Naval Operations Base and Fort Abercrombie are one of eight National Historic Landmarks commemorating World War II in Alaska.

On the training ground, the Army Guard companies begin training their specific skills. Soldiers and personnel train to accomplish their mission. Vance Johnson, the battalion’s operations officer, said personnel from all five companies attend the annual training at the home base in Fairbanks for the first two days of the year.

Among the main shortcomings of the Task Force were insufficient time to establish the unit as a testing site, lack of acclimatisation times for personnel and equipment, and lack of continuity. As a group, it was organized to test U.S. Army equipment in the cold. Simulated training as part of Northern Edge, an exercise in Alaska.