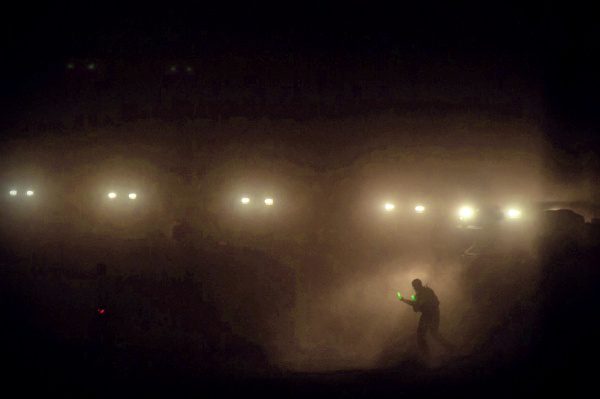 Another example of the prosecution stacking the deck and using anti-male propaganda to win convictions. The Coast Guard improperly stacked  the jury with a disproportionate number of women and former “victims.” (This is not uncommon in the Coast Guard. Read this article to learn more).

Then, they tried to manipulate the mostly female jury by bringing in a man-hating expert. Below are images posted by the Coast Guard’s “expert” to prove that all men are rapists and the images posted below teach men that raping women is okay.

CGIS Tries to Frame Our Client 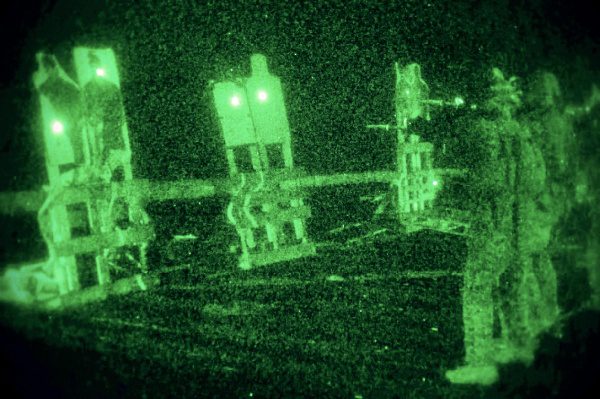 Corrupt CGIS selectively twisted evidence in an attempt to portray our client as a serial rapist. They searched the USA to find women to say that he was a predator. They interviewed over 14 women, including his past girlfriends. CGIS told these women that our client was a rapist and predator. They told them false information about the case and asked for help taking him off of the streets. Then, CGIS asked these women about his sexual predisposition. They found one woman to say that 7 years ago, our client rolled over and flopped his arm on her side while they shared a bed after a night of drinking. The woman said that it was NOT sexual and he NEVER touched her in a sexual way. The prosecutors added this witness to their witness list and argued that it was a sexual assault, even though this woman insisted it was not an assault and was not sexual.

Knowing that the Coast Guard would do anything to win a conviction, Mr. Waddington and LT Terrance Thornburg prepared to fight the case in front of an enlisted panel.

Meanwhile, the defense uncovered evidence that proved that the alleged victim was a liar and had committed various crimes. She moved in with our client after the first alleged assault and hung out with him all of the time. We received evidence from CGIS that showed that she falsely accused another Coast Guard member of raping her. CGIS determined that the claim was unfounded, meaning it did not happen.

CGIS also gave the defense text messages in which the alleged victim was joking with our client about the alleged rape and agreeing to meet up with him and drink beer.

Victim’s Motive and Past Misconduct

When she accused our client, the victim was facing an Administrative Separation for misconduct and her second NJP/Mast in 16 months (this requires an automatic separation). A day after she was told that she was facing separation, she cried rape against our client. We also learned that the alleged victim received Non-judicial punishment for false official statement and other misconduct. She even tried to lie her way out of her Mast/NJP but was convicted nonetheless.

Did the Coast Guard do the right thing? You be the judge. 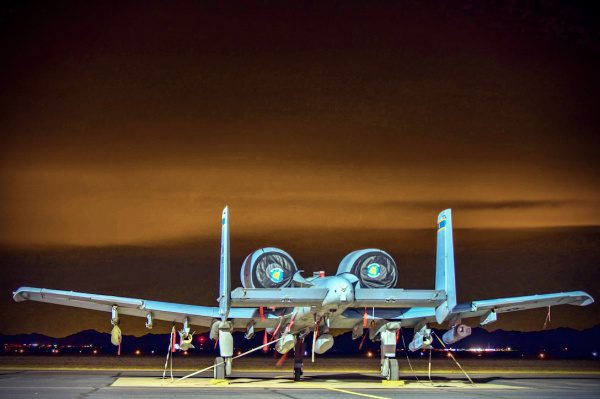 After accusing our client and despite her lengthy pattern of lying and misconduct, they allowed the alleged victim to stay in the Coast Guard and branch into law enforcement (ME field). She was then moved to Mobile, Alabama to be near family and the beach (for therapy reasons). All of her past investigations were set aside and she started off with a clean slate in Mobile.

The Coast Guard lawyers then fought hard to suppress the alleged victim’s past lying, her numerous crimes, her false accusation of sexual assault, and then tried to smear our client.

The judge, who had limited experience in sexual assault cases shut down 90% of our defense (the lying, false accusation, manipulation, and other misconduct) because it could embarrass the victim, pursuant to MRE 412. We are contesting his rulings on appeal.

Jury Stacked Against the Defense

When we showed up for the court-martial, the Convening Authority, in collaboration with his JAG lawyers, deleted many of the jury members and replaced them with handpicked alternates. Then, they added 4 females to replace members that were struck from the panel.

It is extremely rare to have such a high number of female panel members because the panel is supposed to reflect the composition of the unit. Having female members is not an issue. What we have a problem with is intentionally stacking the panel with a particular sex/race/or demographic in order to prejudice the accused and deny him a fair trial.

As you will see, the prosecution tried to prejudice the females with the hard-core feminist expert witness they tried to call.

Before we showed up, aside from stacking the panel, the SARC/SAPR tampered with the jury by teaching the jury members a class about consent. The class taught a different standard of consent than the UCMJ. For
example, some were taught that a man must ask “verbal permission” at every step of every sexual encounter. Otherwise, it is sexual assault and there is no consent.

When the judge clarified the law, which does not require verbal consent, about half of the jury still said that verbal consent was required, otherwise it was sexual assault.

Verbal Consent: May I Kiss Your Lips?

For example, before kissing a woman (or even a girlfriend or wife) a man must ask and receive a verbal “Yes” to each question:

“May I French kiss you?”

Half of the panel said that verbal consent was required, even though it is not the law.

In the end, we ended up with 5 jurors. All 5 knew and worked with the prosecutor.

4 of the 5 remaining jurors were SAPR trained females and 1 was a domestic violence victim. The only remaining male, an O-3, said he was friends with the prosecutor and their kids did Girl Scouts together. The prosecutor’s wife was the Girl Scout Den Mother. We kept this member because he seemed fairer than the alternates. For example, one alternate said she would hold it against the defense and the accused if the victim cried on cross-examination.

Special Victim Counsel Out of Control 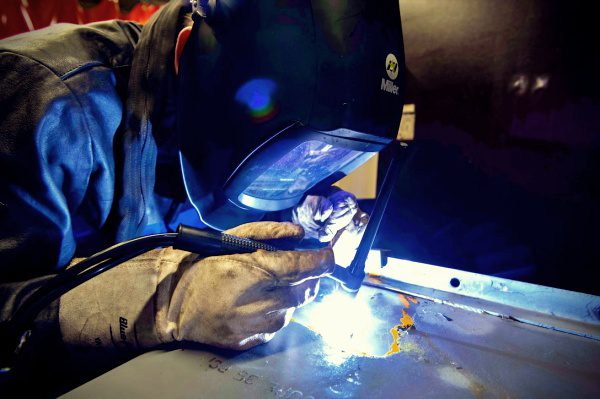 In the trial, the prosecution launched dozens of bogus objections in an attempt to stop the defense from speaking. The Special Victim Counsel (the victim’s lawyer and not a party to the case) was allowed to scream objections from the audience and mumble loudly under her breath throughout the trial. (This is prohibited by law, but the Coast Guard lets it happen).

Then, they tried to call a Juneau Rape Victim Advocate as an expert witness to bolster the alleged victim. The Rape Advocate had NEVER spoken with the victim and knew NOTHING about the case. However, she was prepared to testify against our client and help put him in prison.

Mr. Waddington did some research into this alleged “expert witness” and quickly learned that she was a man-hating bigot. Her social media posts were full of anti-male posts and images. We learned that she teaches a class to feminist groups called The Rape Culture, in which she talks about how all men are raised to be rapists and how we live in a society where parents unwittingly condone rape and enable their children to be rapists. In addition, the propaganda in her posts suggested that any time a beautiful woman is used in a TV or magazine ad, the woman is being exploited by men and is part of “Rape Culture.” If a man looks at the beautiful woman, then he is part of the “Rape Culture.”

We also learned that according to her social media activities and groups:

-Anyone who questions a rape allegation (even if it is false) is re-raping and re-abusing the woman (including lawyers and cops).

-Looking at an attractive woman is leering and leering is the same as sexual assault.

-By shaving their legs, women are being subjugated to a sexist/rapist male agenda.

The judge ruled that the Rape Advocate was not allowed to testify.

Then, the prosecution brought in Dr. William Keppler, a well known Department of Defense Forensic Psychiatrist, to testify against our client. Dr. Keppler never interviewed our client, the victim, nor did he read the case file (at the request of the prosecution). In his cross-examination, Mr. Waddington turned Dr. Keppler against the prosecution and got him to admit that the victim’s story “was consistent with a false allegation.” (Ouch).

The prosecution then played a recording where our client supposedly confessed to the crimes.

After battling it out in court and calling numerous impeachment witnesses, the defense rested.

Our client was acquitted of all sexual assault charges. He was convicted of going into the alleged victim’s bathroom and pouring cold water on her.

At sentencing, the mentally unhinged victim made an unsworn statement and started screaming at our client and Mr. Waddington. She claimed that our client ruined her life and now she was afraid to be around people. Both were lies. We were allowed to present evidence to rebut her lies. We presented Facebook posts that showed her drinking and partying like crazy in Alabama (with various male Sailors on different occasions). and saying how happy she was to get out of Alaska. These images were taken in the weeks after the offenses and leading up to the trial. We were also allowed to mention that she falsely accused another Coast Guard member of sexual assault.