Cities in Arkansas where our military defense attorneys represent service members at court-martial and in administrative separations:

Air Force Bases in Arkansas where our lawyers practice: 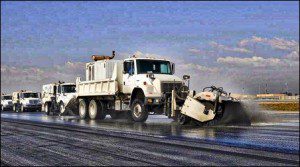 Army Installations in Arkansas where our lawyers practice:

Fort Chaffee was originally built as Camp Chaffee in September of 1941 in response to the need for more U.S. troops in the coming World War II. During this war, Fort Chaffee was not only serving as a training site, but also as a POW camp, housing up to 3000 German prisoners at one time.

Pine Bluff Arsenal has played a major role in the storage of biological and chemical weapons for more than 70 years. Chemical weapon research, testing, and stockpiling continued to this day.

Arkansas, Reap the wonders of the land of opportunity 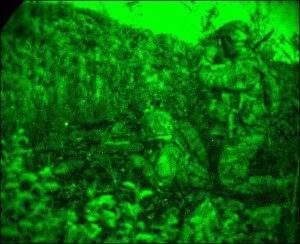 The state of Arkansas is the 25th in the Union of the United States, the state was purchased from the Indians by mutual agreement; however, the state is still in touch with its deep indigenous roots. The name itself is from the denotation to the Quapaw Indian tribes that resided in the state, the Name Arkansas is the derivation in Siouan language of the Quapaw tribe members with culture of state easily visible in the style of buildings, the food and even the types of recreational activities.The occupation by frontiersmen in the 1800s earned the state a name of a ‘banjo picking hillbilly state’, however, despite the stereotype; the state was still the frontier of development in various American fronts. Famous figures such as Education advocate William Fulbright and even former President Bill Clinton, the Wal-Mart family and even famous singers such as Johnny Cash and Glenn Campbell were from the state of Arkansas.

The state of Arkansas is one of the most famous in the United States, despite the stereotype; the state has always outperformed the expectations of others and has produced prominent figures that have fronted political, economic and scientific development. The state shares the border with state of Louisiana, Texas, Tennessee as well as Mississippi. The Mississippi river flows through the state along with the Buffalo River as well. The state is classified as a southern state although the sub-categorization classifies Arkansas as a central southern state.

As a whole, the state is differentiated into two parts on the basis of the terrain with the northern highlands and the southern lowlands. The Northern region is mostly constituted with forests and mountains; meanwhile, the southern region which shares the borders and the Mississippi River forming the Arkansas delta is prominent and richest alluvial soils which constitute farming activities in these regions.

The state also has many lakes and rivers that give defining characteristics to the state, such as the Buffalo River and even the Cedar falls which are visited by nature enthusiasts from around the world. The state faces a pleasant sub topical climate which offers comfort; tourists visit the state around the year for the special seasonal attractions that the state offers including the famous Devil den’s state park which draws the crowds in thousands during the autumn season.

The state is home to the Little Rock air force base which was established in 1953 after the Second World War; however, even though the construction was completed, several of the base’s facilities were still incomplete which meant the rest of the facilities such as the storage buildings; runways, etc. were not completed until 1957.

Over the years, the base has hosted many different aircrafts as well as technologies; however, the crucial point was in the mid 1970s when the state decided to overhaul the overall infrastructure and facilities in the base. When all improvements were complete, the first ever C 130 Hercules aircraft landed in the base.

Ever since, the base has been home to the famous plane and to this day continues to be the main operating base for the C 130. It houses schooling and training equipment for the plane and it is the only department in the defense sector that deals with the C 130. The base also has dealings with troops from the 28 allied countries of the United States and played a very key role in the Gulf war of 1991 where the C 130 Hercules became one of the most iconic planes in the United States air force in delivering troops, equipment and heavy firepower.