When You Need a Court Martial Lawyer in Fairbanks, AK

The aggressive defense attorneys at Gonzalez & Waddington have gained a reputation for defending military personnel at military installations worldwide. If you are stationed in Fairbanks, AK and are under investigation for a military crime, then having the most aggressive military criminal defense attorney can be the difference between going to jail versus winning your case or redeeming your career. Our court-martial defense attorneys represent Fairbanks, AK military service members in both criminal and administrative matters to include representing military personnel accused of sexual assault, theft, and other crimes under military law.

This film is a perfect example of why you must retain the best court-martial defense attorneys that you can find.

Unlike the majority of civilian-military criminal defense lawyers or your assigned military attorney, pleading guilty is not something we commonly do. When we are retained, we compel the military to prove their case beyond a reasonable doubt. We take just about every case to trial and fight the allegations in front of a panel.

Our military court martial victories speak for themselves. The suspected service member and his or her desired outcome is our primary concern. Our criminal defense attorneys keep lighter caseloads than the typical free military defense lawyer so that we can focus on every trial on an individual basis. Your trial will not be delegated to a third party and we will not intimidate you into taking a dive at the last minute. Our military criminal defense attorneys have fought military court-martial and administrative separation cases in the United States and around the world.

Our high-powered court-martial defense attorneys will use our history to fight your court-martial or administrative separation case in Fairbanks, AK.

Call today to speak with an aggressive court-martial defense lawyer.

Service members stationed in Fairbanks, AK merit the best court-martial attorneys possible to defend them at their court-martial or ADSEP proceeding.

If you or a loved one are stationed in Fairbanks, AK and are accused of a military offense such as sexual assault or if you are dealing with an admin discharge, NJP, show cause board, letter of reprimand, then contact our Article 120 UCMJ military defense lawyers right away. 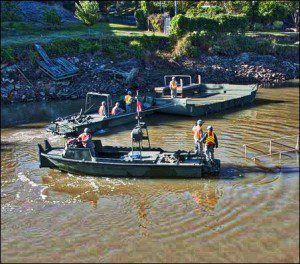 Fairbanks is the largest city located in the northern interior region in the state of Alaska. It includes the main city as well as the borough of Fairbanks North Star. The combined population is around 132,324. After Anchorage, Fairbanks has the largest population in Alaska. Fairbanks covers an area of about 86.4 square kilometers, and includes a main city, military bases, and the oldest Alaskan University, to name a few important landmarks. There are two major military base regions in Alaska: one in Anchorage, and four in Fairbanks.

The four bases in Fairbanks include Fort Wainwright, Eielson Air Force Base, Fort Greely, and Clear Air Force Station. These bases are significantly strategic to the overall function of the US military as well as the US Air Force. Together, the base has enough capacity to offer quick airborne defensive response to any disturbances in the region around the West Coast. Among the bases are also included training centers for military as well as air force cadets. Overall, not all military personnel posted to any of these bases bring their family, although most do.

There are four major bases in Fairbanks, two of which are purely army bases, while the other two are air force bases. Fort Greely is a small but very important army base, whose population fluctuates around 500. It is located towards the center of Fairbanks and close to the Richardson Highway. The base was initially built in the Second World War to test and launch anti-ballistic missiles, and is now capable of functioning at even the most extreme weather conditions. The low population means that facilities for families are very few, which is why personnel dispatched here do not usually bring their family along. 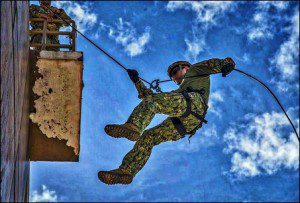 Fort Wainwright is another strategic military base, one of very few on the far western side of the state of Alaska. The fort was constructed at the beginning of the Second World War, in 1939, and was intended to test weapons and war equipment in extreme weather conditions. The camp has undergone many changes over the years, and is now host to the 25th Infantry Division. Today, the fort works as an important military training base. The population is around 15,000 people now, and includes military personnel and their families. There are efficient medical services, schools, and personal training centers. Military professionals on site include cadets, field artillery soldiers, engineers, logistic support, and medical staff.

Clear Air Force Station is another immensely important air force base, because it protects the western coast and all of the United States as well. It is an important base for locating and detecting enemy ballistics and nuclear missiles. The fourth base is the Eielson Air Force Base located near the Moose Creek. Its construction began in 1943 and now works as a training base for the Air Force. The most important unit here is the 354th Operations Group. 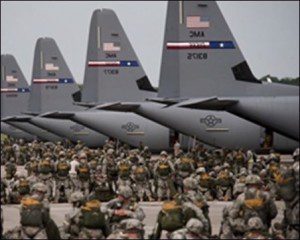 Of all the bases located in Fairbanks, only Fort Wainwright is a family-friendly location, so officers deployed to the other three sites can face the stress of not having their families around, and in cases where trouble with the law erupts, the stress can add up. At times, incidents related to divorce, driving under the influence of drugs, taxes, and more can arise. In such cases, having professional, sound, and experienced help can be your greatest asset.

Gonzalez & Waddington LLC, a group of lawyers specializing in military law and military legal proceedings, is a good option available for you. Their experience means that they are aware of a number of allegations and also competent in fighting for the wrongfully accused. Remember, reaching out for legal help in a timely manner is of the utmost importance, so choose the most reputable counsel.