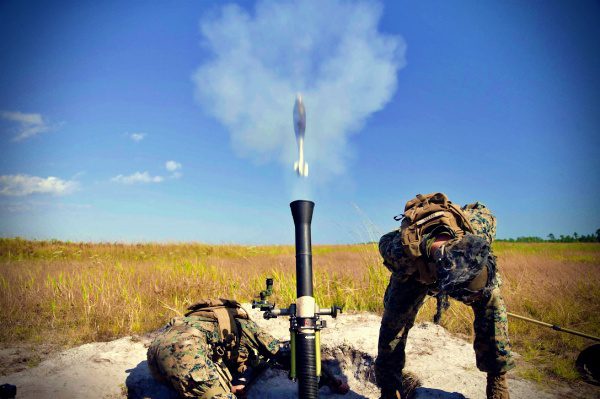 The next time you want to send your buddies a joke text message, remember that it could end your career.

Three instructor pilots at Laughlin Air Force Base, Texas, are facing the end of their Air Force careers after investigators searched their personal cellphones and found mentions of the word “Molly” — a slang term for the illegal drug ecstasy.

Importantly, the pilots were punished because the Air Force deemed their texts to be unprofessional. The Air Force Office of Special Investigations found no evidence that they had used drugs. The pilots also passed drug tests.

The pilots, who have not been identified publicly, claimed they were referencing club and rap songs that have popularized the word “Molly,” such as in Miley Cyrus’ “We Can’t Stop,” but their commander, Col. Brian Hastings, issued the three pilots letters of reprimand and stripped them of their wings, Air Force Times has learned. A fourth pilot was exonerated at an Article 15 hearing.

Sources close to the investigation say the pilots have asked that the letters of reprimand against them be withdrawn.

But the case illustrates how easily agents with the Air Force Office of Special Investigations can, after searching your personal cellphone, use crude or ironic text messages to damage your career. It also shows how little recourse you have if you receive a letter of reprimand. 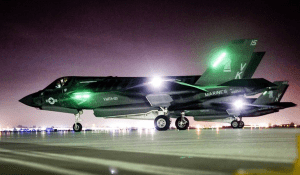 Chief of Staff Gen. Mark Welsh promised to look into the matter after meeting with two lawmakers on Oct. 5: Rep. Duncan Hunter, R-Calif., who served in the Marine Corps; and Rep. Adam Kinzinger, R-Ill., a former KC-135 pilot in the Illinois Air National Guard.

Both lawmakers wrote Welsh a Sept. 15 letter arguing that the text messages for which the three pilots were punished contained “song lyrics, movie lines, and other obvious cultural references that seem to have been painfully misunderstood by investigators.” 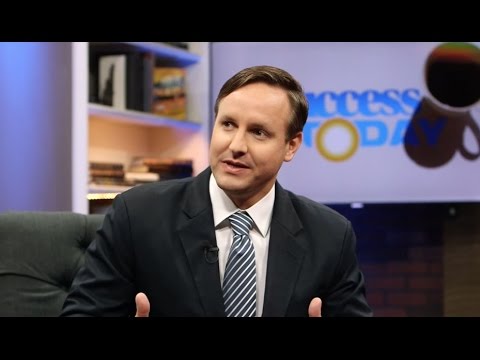 “The texts were a mix of banter, music and pop culture references,” said Joe Kasper, a spokesman for Hunter. “Quite often, as I do myself and many others do too, there were euphemisms and metaphors within the conversations. Having seen the full extent of the messages from everyone involved, I can attest to this.” Kasper declined to provide the text messages for publication in the Air Force Times.

“At the request of the Air Force Chief of Staff, the Air Force Inspector General has begun an inquiry of the investigative process and the procedures used to administer any adverse personnel actions,” Karns said in an Oct. 17 email to Air Force Times.  “Upon completion of the IG Inquiry, a general officer will independently review the final adjudication and resulting outcome of each member’s administrative case.” 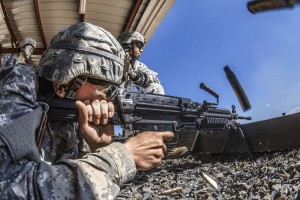 “Commanders are expected to hold members accountable for their actions while ensuring due process and equitable treatment are appropriately applied in every case,” he said.  “Commanders take this responsibility very seriously.  An allegation of mistreatment is reviewed at multiple levels and the Laughlin cases are no exception.”

Hunter and Kinzinger wrote that they had questions about “the legal underpinning, along with the integrity of the process.”

Welsh vowed to come back to Capitol Hill to brief both lawmakers within four and six weeks, Kasper said.

“The best advocate for these pilots — within the Air Force organization — is Gen. Welsh, because he, too, will take one look at this entire case, as Representatives Hunter and Kinzinger have, and be able to inject the objectivity and common sense that’s been missing for so long,” Kasper told Air Force Times.

During an unrelated investigation into whether a pilot was having an inappropriate relationship with a student, investigators found text messages that led them to suspect four other pilots had used drugs.

Sources close to the investigation said one of the four pilots investigated was ordered by his commanding officer to turn over his personal cellphone after OSI agents initially told him they had a verbal warrant to search his phone and he pushed back. He later learned that the warrant for his phone was signed the day after his phone was seized.

Guy Womack, a military defense attorney in Houston, questioned whether OSI was legally allowed to search one pilot’s cellphone after his commanding officer told him to give it to investigators.

“It’s not consensual if you tell someone, ‘Hey, I’ve got a warrant, you might as well give it to me,’— ‘OK, here you can have it,’” Womack said. “That’s not valid because you didn’t know that you could refuse consent. It’s only consensual if you believe you can refuse and you give that up and you say, ‘OK, go ahead and take it.’”

It’s an open question whether commanders can order you to give your phone to investigators. Womack says commanders have authority to compel you to submit to a search, but Michael Waddington, an attorney in Evans, Georgia, who handles courts-martial, disagrees.

“That’s the equivalent of ordering someone to waive their Constitutional right protecting them against illegal search and seizure,” said Waddington, a former Army captain who served as a military police officer and judge advocate. “That sounds like an illegal order.”

If you have a government-issued phone, OSI does not need permission to search it, Waddington said. Otherwise, investigators need to establish probable cause to search your private phone, but OSI agents often get around that by simply asking airmen if they can look at their phones, he said. 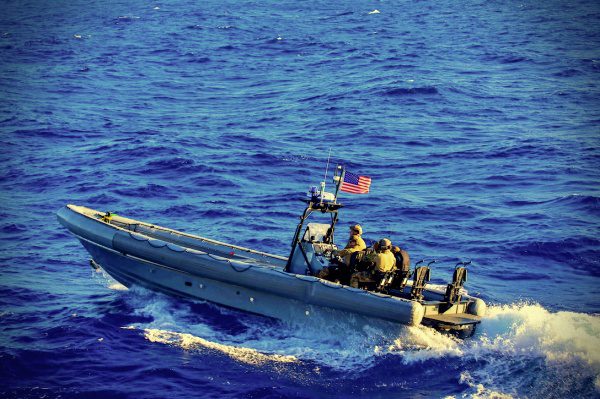 “I have so many guys who get charged and some end up in jail because they’ll go into OSI, they’re under investigation, OSI says, ‘Hey, you mind if we take a look at your phone real quick?’ They’re like, ‘Yeah, sure’ — instead of saying: ‘No, you can’t look at my phone. Do you have a warrant? If you don’t have a warrant, you can’t have it,’” Waddington said.

When one of his clients allowed OSI to search his phone, they used it to get witness statements against him. “They called every person on the phone saying: ‘Hey, this guy is a sexual predator. We need your help. Do you know anything about him? Has he ever done anything to you?’ And they called all of his ex-girlfriends and they started drumming up additional witnesses — which I think is inappropriate, but the judge let it fly,” he said.

The pilots’ case is not the first time a service member got in trouble for text messaging. Waddington said he just represented an Army officer who texted things to his girlfriend messages along the lines of “Hey, you want to get together and have sex this evening?”

When the two broke up, his ex-girlfriend provided all of those private text messages to the soldier’s commanding officer, and he received a letter of reprimand, Waddington said.

“That’s the first time I’ve seen something like that, where’s there’s not even really a crime that’s occurred, but they’re going to do something to the officer,” Waddington said. “I think in his letter, they phrased it as, ‘inappropriate.’ It was basically a generic catch-all like under ‘conduct unbecoming’ — ‘inappropriate behavior,’ ‘inappropriate conduct’ — but there’s really nothing inappropriate about it.”

The Military Judges’ Benchbook defines unbecoming conduct as “conduct morally unfitting and unworthy rather than merely inappropriate or unsuitable, misbehavior which is more than opposed to good taste or propriety.”

Neither the Defense Department nor the Uniform Code of Military Justice defines what constitutes unprofessional behavior, Waddington said.

“There’s no such thing; otherwise, you could be just making up charges,” he said. “Somebody could get drunk in his backyard and play rap music and that would be considered unprofessional by some standards.”

But the pilots have little legal recourse because they were issued letters of reprimand, Waddington said.

Retired Col. Don Christensen, the Air Force’s former chief prosecutor, has seen cases where airmen received a letter of reprimand because evidence against them was thrown out.

Christensen gave a hypothetical example of an airman charged with stealing tools from the flight line. In the example, investigators find the tools after violating the scope of a search authorization, so the judge rules the evidence against the airman inadmissible.

“There’s nothing that precludes them from taking administrative action,” said Christensen, now president of the victims advocacy group Protect Our Defenders. “I’ve seen that kind of scenario where they say, ‘OK, we can’t use this in trial, but we know you got these tools. We’re not going to ignore it. Give him a reprimand for that.’”

As a prosecutor, Christensen always worried that judges would rule evidence gathered from a search inadmissible, in part because the people who authorize searches often have little legal training, he said.

“So what we see a lot is that the search authorizations are probably overly broad and not narrowly tailored as they should be, and as a result, it gets much more expansive,” Christensen said.

But it’s not often that evidence obtained from searches is thrown out, he said.

Airmen are expected to abide by Air Force standards for professional at all times, even when they are off duty, Huygen said.

“The idea of holding people accountable and responsible for things that they communicate — regardless of what method they use to communicate — is a longstanding proposition,” she said.

The standards airmen are expected to abide by are outlined in Air Force Instruction 1-1, Huygen said.

“You must avoid offensive and/or inappropriate behavior on social networking platforms and through other forms of communication that could bring discredit upon on [sic] the Air Force or you as a member of the Air Force, or that would otherwise be harmful to good order and discipline, respect for authority, unit cohesion, morale, mission accomplishment, or the trust and confidence that the public has in the United States Air Force,” the instruction says. 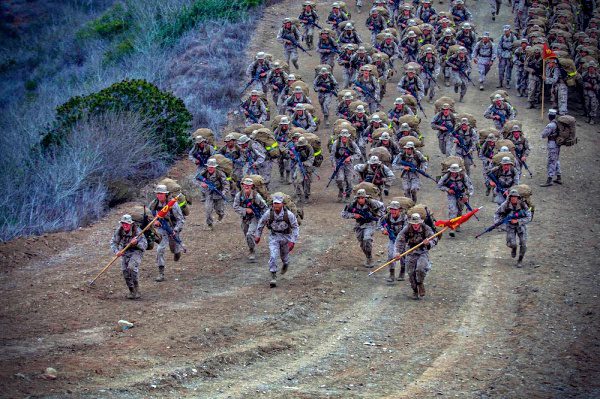 Waddington argues that kicking service members out for inappropriate texting is a waste of the money and training that the military invested in them. It costs the Air Force $9 million to train a single pilot, Brig. Gen. Brian Kelly, director of force management policy, told Air Force Times in July.

“Unless they get the wings back — which hopefully they do — they’re going to be sitting around handing out basketballs at a gym or doing something like that,” Waddington said. “After all those years of training and all that hard work, I’d rather have those guys out there on the front lines doing their jobs.”

Waddington’s advice to service members: “Don’t text anything that they would not want their mother reading out loud at family dinner.”