Held at the Loews Miami Beach 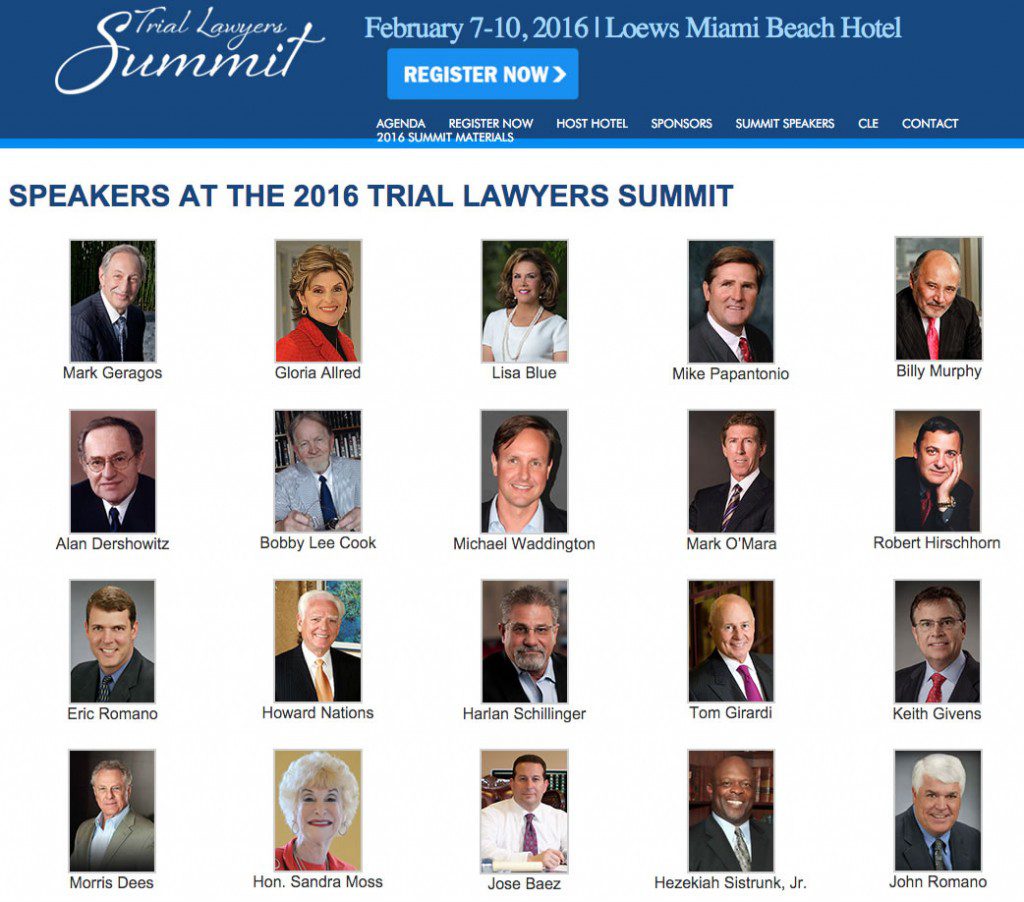 The Trial Lawyers Summit, sponsored by The National Trial Lawyers, is the ultimate trial advocacy conference taught by an all-star team of trial lawyers. It is like no other legal conference, ever.

Hundreds of trial attorneys flocked to the fifth annual Summit to learn the secrets of winning cases and generating revenue for a prosperous practice. Highlights include:

The Summit included dozens of unmissable moments thanks to the wise and tireless efforts of Howard Nations, John Romano, Mark O’Mara and Harlan Schillinger. Just to name a few of the seminars: 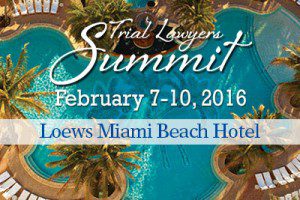