When You Require a Defense Lawyers in the Pacific

We have successfully fought for and cleared the names of American Service members stationed around the world. Check out our case results with different court-martial defense counsel. 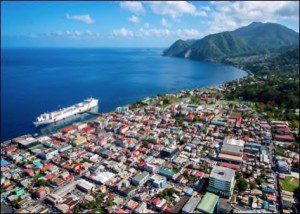 Unlike most civilian-military defense counsel or your delegated military defense lawyer, pleading out is not something we commonly do. When our civilian defense lawyers take a new case, our defense counsel makes the prosecution divulge the discovery and prove their case. We take almost every case to a contested court-martial and fight the allegations in front of a military panel.

Our military defense lawyers maintain smaller caseloads than the usual appointed military defense attorney to concentrate on each case on an individual basis. Your trial will not be outsourced to a random lawyer, and we will not force you into a guilty plea at the last minute. Our military defense counsel have contested court-martial proceedings and administrative separation (ADSEP) hearings in the US and worldwide.

Michael Waddington graduated from Temple Law in Philadelphia, PA, and is a current member of the American Board of Criminal Lawyers, one of the most esteemed legal organizations comprised of some of the best defense attorneys in the United States. In addition, some of his cases were made into films, such as “Taxi to the Dark Side.” He also often instructs military defense lawyers on dealing with hostile witnesses. Finally, our aggressive civilian defense counsel will use our experience to fight your court-martial or administrative separation (ADSEP) case.

Contact us today to consult with our defense counsel.

Armed forces personnel working at Pacific Coast Guard Bases merit the best civilian defense attorneys to advise them at their court-martial or ADSEP proceeding. Therefore, if you or a family member are accused of a UCMJ crime such as sexual offenses, Murder– Article 118, UCMJ, Rape of a Child under Article 120b, Conspiracy – Article 81, UCMJ, or False Pretenses to Obtain Services – Article 121b, UCMJ or if you are sent to a show-cause board then contact our lawyers right away.

Radio broadcasts about the USCG administration, its role in the training of commercial sailors, its history, traditions, activities, graduation exercises, awards, and ceremonies of the US Coast Guard and the amateur radio operators maintaining communication in disaster areas (1937-39). Crews are deployed to the Arctic region to support Coast Guard operations and several scientific research missions, supported by the National Oceanic and Atmospheric Administration (NOAA) and the Office of Naval Research.

The profile and mission of the Coast Guard make it an ideal maritime security partner for distributed MLR units in the Western Pacific and an important additional option for Joint Naval Force commanders to make the forward presence credible. As a result, the Coast Guard has added a new fleet of Polar Security Cutters (PSCs) to its fleet, of which the first will be delivered in 2024, PSC. “The Coast Guard is thrilled to have agencies operating its polar icebreaker fleet, including a 399-foot icebreaker, the USCGC Polar Star, and a 420-foot medium icebreaker, Healy,” she added. The Coast Guard’s Healy and Medium Icebreakers will be deployed to the polar regions along with the United States’ “Polar Star and 39 Heavy Icebreakers, the only cutter capable of supporting operations in the freezer and the annual mission to maintain the United States presence in Antarctica.

Crews from the US Coast Guard and the Royal Canadian Navy recovered more than 5,100 pounds of seized cocaine worth $70 million from San Diego on Friday after a 49-day anti-drug patrol in the Eastern Pacific aboard Her Majesty’s Canadian Ship (HMCS Edmonton) with an embedded Coast Guard police unit. The United States. National Security Adviser said on Friday that the Coast Guard was intensifying response operations in the western Pacific for maritime safety missions, citing illegal fishing and harassment by ships from China. Vice Admiral Linda Fagan, USCG, Commandant of the US Coast Guard Defense Force West and Commander for the Pacific, stated the Indo-Pacific region where the Coast Guard faces competition and unprecedented periods of man-made and environmental threats.

On October 23, 2020, National Security Adviser Robert O’Brien announced that the US Coast Guard has begun investigating the feasibility of deploying enhanced fast response cutters (FRCs) from American Samoa to counter China’s vicious maritime activities in the Pacific Ocean. In response to a question from USNI News about Coast Guard vessels returning from participating in the US. Navy’s CARAT exercise in the region, Shultz said that the Coast Guard is continuously participating in the exercises and is expected to participate in the 2018 Case for National Security Vessels and RIMPAC in the coming years. Under Fagan’s command, the Pacific Coast Guard has banned and arrested over 1,400 illegal drug terrorists and removed more than 802,000 pounds of cocaine and 103,000 pounds of marijuana from sea flights to Central and North America.

The Coast Guard will continue to contribute to safety and freedom of navigation in the South China Sea and the East China Sea, adding that there are appropriate ways for the Coast Guard to exert influence in the Pacific while operating at the level of partner countries. Prioritizing unmanned aerial vehicles, surface systems, sensors, and communications technologies as part of the Coast Guard’s involvement in the more significant Defense effort requires the Coast Guard to look closely at how old programs and capabilities are not aligned with today’s mission priorities. So far, it has resisted doing so. The Coast Guard cutters, especially the more prominent National Security cutters equipped with offshore patrol cutters, will complement the current Marine Corps plans, focusing on expeditionary and advanced base operations that utilize novel concepts of light amphibious warfare.

Coast Guard Commander Admiral Karl L. Schultz presided over the ceremony with Rear Admiral Peter W. Gautier, Vice Admiral Linda L. Fagan, acting commander of the Pacific. With the official commissioning and command change, the air station from Ventura County Naval Base, Point Mugu, from its current semi-permanent forward base at Point Mugu, will be transformed into a full-service air station. Thomas Cooper, Commander of Air Base San Francisco, who operates the base at Point Mugu, wanted Lax to use the space occupied by the Coast Guard for another project.

Our court-martial defense counsel can defend your accusations and protect your future. Whether you are facing accusations such as Sexual offenses, Aggravated Assault – Article 128, UCMJ, Abusive Sexual contact, Desertion – Article 85, UCMJ, or Wrongful Refusal to Testify – Article 131d, UCMJ, the attorneys at Gonzalez & Waddington can help.