Cities in Hawaii where our military defense attorneys represent service members at court martial and in administrative separations:

Fort Shafter is a military base in Honolulu, Hawaii and is the oldest military base in Oahu. It is the home base of the US Army Pacific Command, the Major Command of US Army Forces stationed in the Pacific Region, and the Pacific Ocean Division, Army Corps of Engineers.

The US Army Pacific Command stationed in the base has the primary mission of providing and commanding assigned forces, and enabling full spectrum operations to deter aggression, advance regional security and cooperation, respond to crisis, and to win battles. 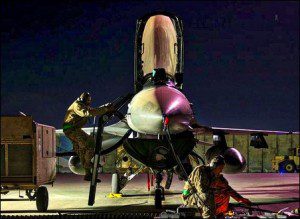 Schofield Barracks is an Army post located in Oahu, Hawaii. The base is named in honor of Lieutenant General John McAllister Schofield who pushed for the establishment of a naval base at Pearl Harbor. Established by the Army in 1908 as a defense installation of the nearby Pearl Harbor and the whole Oahu, the base has grown in size to 17,725 acres, making it the largest army post in Hawaii. Schofield Barracks is currently home to the 25th Infantry division, the 8th Theatre Sustainment Command, and the US Army Hawaii’s Command Headquarters. It has a total population of 14,428 including active duty personnel, reservists, retirees, family members, and civilian employees. The Schofield Training Area has a total land area of 4,695 acres while the Schofield Barracks Cantonment area holds 2,197 acres.

Tripler Army Medical Center is a military hospital located in Honolulu, Hawaii. It is the headquarters of the Regional Medical Command of the US Army. It is also the largest military hospital in the Asian and Pacific Rim region, with jurisdiction spanning over half of the world. The Medical Center also houses the Center of Excellence in Disaster Management and Humanitarian Assistance. Because of the numerous works done by the center, it has been designated as a Peace Operations Institute by the United Nations.

Bellows was once an important air station during World War II and was targeted during the December 7, 1941 Pearl Harbor attack. Today it is has a tiny military population and is used largely for recreation by active and retired military and civilian members of the Department of Defense. It is also used to some extent for military training. It was created originally in 1917 as Waimanalo Military Reservation. It was renamed Bellows Field in 1933 and renamed again in 1941 to Bellows Air Force Station when it became a permanent military post in Hawaii. 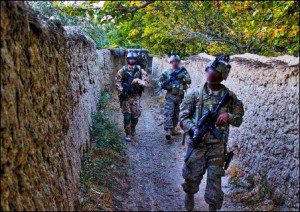 Hickam Air Force Base is operated by the US Pacific Air Forces located in Honolulu City. The air force base is home to the 15th Airlift Wing, the 154th Wing of the Hawaii Air National Guard, and the 515th Air Mobility Operations Wing of the Air Mobility Command.

Hickam Air Force Base has an acreage of 2,850 and $444 million worth of facilities. The base shares runways with the adjacent Honolulu International Airport. Both have a single airport complex under an agreement for joint-use.

The 14th District of the US Coast Guard is the division that overseas operations for the entire state of Hawaii, including several outlying minor islands. The 14th district is the largest of the divisions of the US Coast Guard. For its operations, the 14th district, has 13 stations scattered across the islands. It also has a branch situated in Japan, known as the US Coast Guard Far Eastern Activities, which closely coordinates with the Japanese government. There are nine cutters stationed at the 14th District, which allow the Coast Guard to cover much of the islands at any given time.

The US Coast Guard Integrated Support Command in Honolulu, Hawaii is one of the major support centers for the US Coast Guard in the island. The main headquarters of the USCG ISC is located near the Honolulu International Airport west of the city.

The base is manned by around 200 active duty and civilian employees. There are also around 1,000 offshore personnel that move in and out of the base on a regular basis. The base provides support duties for US Coast Guard groups in the region. They also participate in ceveral civilian operations, including engineering and assistance work. The ISC Honolulu also regularly conducts medical missions in the outlying communities.

Marine Corps Base Hawaii is an air station located in Honolulu, Hawaii. The base was formerly established as Marine Corps Air Station, Kaneohe Bay, and Naval Air Station, Kaneohe Bay before being under Marine Corps Control. It was later under the control of the army and known as Fort Hase in 1942 until ownership was transferred to the Navy. From 322 acres, the base grew to an amazing 2,951 acres making it occupy the whole Mokapu Peninsula. The base is now home to the Combat Logistics Battalion 3, the 3rd Marine Regiment, the Marine Aircraft Group 24, and the 3rd Radio Battalion.

The Pacific Missile Range Facility in Hawaii is one of the US Navy’s foremost missile testing center. The facility is located just nine kilometers to the northwest of the Kekaha central business district in Kauai County. The base maintains around 109,000 square kilometers of controlled airspace for testing purposes.

The base was primarily chosen by the US Navy for its seclusion, permitting continuous testing. Various instruments have been installed by the Navy both on land and underwater, allowing the missile range to track several missiles, submarines, and space vehicles simultaneously. The base also provides several sites for helicopter terrain training and simulation.

Naval Computer and Telecommunications Area Master Station Pacific is an onshore US Navy Communications support shore base that is tasked to operate and manage all Pacific Naval Telecommunication System users. Located in Wahiawa, Hawaii, it is now the world’s largest communication station with 131 facilities sprawled across 2,421 acres of land.

The station has headquarters located in nearby central Oahu. The station has the primary mission of managing, operating, and maintaining Defense Communication System as well as Naval Telecommunication assets, and offers a variety of services to the US Navy and Department of Defense operations in the Pacific such as information resource services, maintenance and repair, electronics and communication services, and offering Defense Management System coordination. The station has a population of 650 residents, staying in family housing and barracks, and 754 employed people of whom 109 are civilians.

The Naval Station Pearl Harbor is the headquarters of the US Navy’s Pacific Fleet. It is located on the O’ahu island, west from Honolulu, Hawaii. The base is home to to more than 100 naval vessels of the Pacific Fleet, including several aircraft carriers and submarines, and other support vehicles.

The amount of vessels in the harbor at any given time makes Pearl Harbor one of the US Navy’s busiest bases. Pearl Harbor is notably known for the Japanese attack that lead to the United State’s involvement in the Second World War. During the war itself, the base an an important instrument in the US Navy’s offensive operations in the Pacific region. After the war, the base remained a vital part of the United State’s presence in the area.

Hawaii a heaven of scenic beauty

When we refer to a state we know that it is in the country but when it comes to Hawaii it’s slightly different as even it’s not in America it’s a state in United States of America. It is the last ever state to join the Union as the 50th state on august 21st 1959. Since then it has grown into one of the leading tourist destinations in the world. That is because the state is located in Oceania comprising islands all over with its great scenic beaches.

In Polynesia it is the north most island group. This state comprises a lot of islands spread over almost 2500kms in Pacific Ocean and are formed by a volcanic action at undersea magma source and that is known as hot spot of Hawaii. This action is being processed since then and continuously forming new islands and yet the hot spot is still at the same place. As the hot spot is still active the volcano’s present are at southern part and even the recently formed one the lo-hi sea mount is also located to south coast of Hawaiian.

It is considered as having the third as it has the highest point when considered among the islands. These islands have been disastrous back in history killing thousands due to its volcanic eruptions and the erosions that occurred. But yet again due to these erosion and eruption the procedures have left the island with many more geographical features. As an island state and being in pacific, the climate is always arid and very tropical.

Due to this type of climate it is being less populated and it shelters many endangered species and it is at verge of losing its endemic species. It has a population of almost 1.42 million in numbers by the latest report and also found increase in population by just 4.3%. And Oahu is the most populated among them. Most of the population in state are either military setups or tourists.

When the kings used to wage wars and it was not for Hawaiian Islands as all the islands were grouped and ruled by a single ruler king Kamehameha the great. He also established a house of Kamehameha and the dynasty reigned from 1790s to 1820 and then it was taken over by his son Kamehameha.

Later the American Christian missionaries took a turn towards these grouped islands and started converting the Hawaiian regional people to Christianity with its influence and finally the first Christian king to the kingdom was Kamehameha.

Many Missionaries formed colonies in Kalaupapa as it was made in 1866. From then on it came a long way. Honolulu being the capital city of Hawaii has one of the renowned university Chaminade, other than that there are Hawaii Pacific University, Bringham Young University, way lands Baptist University, and Saint Stephen Diocesan Center etc. are some important points.

Hawaii not only acts as a tourist destination, but it also plays a major role in United States Military installations and administration services. It shelters one of the best military installations in the world. One among them is Schofield barracks, which were formed for the defence purposes of pearl harbour and all the Islands of Hawaii.

It was formed in 1908 and it is serving enormously since then, comprising 25th infantry division and also called as tropic lightning division and also plays as head quarters of command in Hawaii for United states of America. It also shelters many facilities of military as Bellows Air Force station in Waimanalo, Hickam Air Force Base and Fort Derussy and Fort Shafter Army bases in Honolulu, Pohakula army training center, Trilper Army Medical Center, Wheeler Army Airfield, Station Maui in Wailuku, USCG ISC coast guard in Honolulu, and MCB Hawaii Marine Corps Base in Kaneohe etc. There are many more army installations settled in Hawaii for the prosperity and defensive strategy to guard United States.