When You Need an Army Court Martial Lawyer in Schofield Barracks, Hawaii

The experienced criminal defense lawyers at Gonzalez & Waddington have gained a reputation for defending service members at Army installations worldwide. If you are stationed at Schofield Barracks and are accused of a military offense, then retaining the most experienced military lawyer can be the difference between going to jail versus winning your case or redeeming your career. Our military defense attorneys represent Schofield Barracks service members in both criminal and administrative matters to include representing service members suspect of sex assault, drug distribution, and other offenses under military law.

You must select the best military defense attorneys that you can find.

Unlike most civilian court-martial defense lawyers or your free Army lawyer, pleading guilty is an option of last resort. When we are hired, we make the Army to prove their case beyond a reasonable doubt. We take nearly every case to trial and fight the allegations in front of a military panel.

Our US Army court-martial outcomes speak for themselves. The suspected Soldier and his or her well-being is our primary concern. Our defense lawyers maintain smaller caseloads than the average appointed US Army defense lawyer so that we can focus on every case individually. Your case will not be outsourced to a random lawyer and we will not coerce you into taking a dive at the eleventh hour. Our court-martial defense attorneys have defended Army court-martial and ADSEP cases in the United States and worldwide. 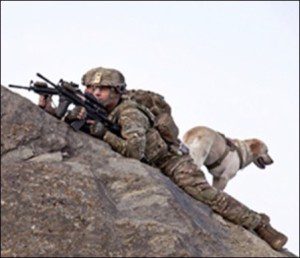 Our firm’s founding attorney, Michael Waddington, graduated from Temple Law School in Philadelphia, PA and is a current member of the American Board of Criminal Lawyers. The ABCL is known as one of the most esteemed legal groups made up of some of the most accomplished defense lawyers in the world. Membership is by invitation only and is limited to extremely accomplished defense lawyers that have at least 10 years of experience defending criminal clients, during which time they must have defended 50 or more felony trials, and must have won 35 or more jury cases.

Also, he was voted a “Super Lawyer” in Georgia and is ranked Superb on AVVO.com. Some of his cases were made into films, such as, “Killings at the Canal,” a CNN documentary special that unveils what caused the murders of Iraqi terrorists by Army soldiers. He also regularly instructs criminal defense attorneys on criminal law.

Our high-powered Army military defense lawyers will use our experience to fight your court-martial or ADSEP case at Schofield Barracks.

Call today to speak with a hard-hitting court martial lawyer.

If you or a family member are stationed at Schofield Barracks and are accused of a military crime such as sexual assault or if you are facing an administrative separation, Article 15, show cause board, letter of reprimand or GOMOR, then call our court martial lawyers now.