When You Need a Court Martial Lawyer in Kaneohe, HI

Our military criminal defense lawyers have successfully represented military personnel around the world.

The aggressive criminal defense attorneys at Gonzalez & Waddington have developed a reputation for representing military members at Army, Navy, Marine Corps, Navy, and Coast Guard installations worldwide. If you are stationed in Kaneohe, HI and are suspected of a military offense, then having the most hard-hitting court martial attorney can be the difference between going to jail versus winning your case or redeeming your career. Our military defense lawyers represent Kaneohe, HI military service members in both UCMJ and administrative matters to include representing military personnel suspected of sex assault, rape, and other offenses under the UCMJ.

This film is a perfect example of why you must retain the best military defense attorneys available.

Unlike the majority of civilian military criminal defense lawyers or your free military attorney, pleading guilty is not something we commonly recommend. Our lawyers force the military to prove their case beyond a reasonable doubt. We take nearly every case to trial and fight the allegations in front of a panel.

Our aggressive court martial attorneys will use our history to defend your court martial or administrative separation (ADSEP) case in Kaneohe, HI.

Military service members working in Kaneohe, HI merit the best military defense lawyers possible to represent them at their court martial or ADSEP board.

If you or a family member are stationed in Kaneohe, HI and are suspected of a military offense such as sexual assault or if you are confronted with an admin discharge, NJP, elimination board, reprimand, then contact our military defense attorneys right away.

Kaneohe, although a popular tourist destination, is not a real city. It is a census-designated place located in the County of Honolulu in the state of Hawaii. In the local language, Kaneohe is a word that means “the bamboo man”. It can all be traced back to one of the Natives’ legends, saying that there was a woman who compared the way her husband treated her to the sharp edge of bamboo used for cutting. According to the latest census conducted by the US government, the CDP of Kaneohe has a population of just over 34,000 people. This number makes the CDP one of the most populated communities in the area. The CDP of Kaneohe has its own botanical garden and a military base, as well as three different golf courses: the Ko’olau Golf Club, the Bayview Golf Club and the Pali Golf Course. 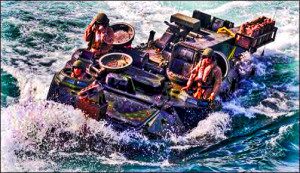 The CDP of Kaneohe is located on the windward side of the O’ahu. To the east of the area there is the town of Kailua, which can be reached both via the Kamehameha Highway and the Kaneohe Bay Drive. The Likelike Highway connects the CDP with Ko’olau and Honolulu, as well as He’eia and Halawa. According the latest US Census, the CDP of Kaneohe occupies a total of 8.5 square miles, 6.6 square miles of which is land, and 1.9 square miles is covered in water. This means that almost a third of the territory is water. When it comes to weather, the CDP falls under the category of tropical savanna climates. This means that there are basically two seasons, one of which is dry, and one of which is wet. The driest month of the year has less than 60mm of precipitation, and the average temperatures are always above 64 degrees.

Kaneohe has a long history that dates back to the ancient times, but not much has been preserved. It is known that the area had been an important agricultural center for centuries, but even that has changed. Although it still has plenty of rainfall, which means that lots of cultures can be grown in its soil, the CDP is not characterized by any larger agricultural production.

The CDP of Kaneohe is mostly a residential area, and has no major industries. Some of its bigger employers include the Hawaii Department of Education, the Windward Community College and the James B. Castle High School. They are all educational institutions, which leads us to the conclusion that the majority of the inhabitants of the CDP work in the public school system. Apart from this, there is also the Marine Corps Base Hawaii that is located within the CDP’s grounds, and employs hundreds of people. 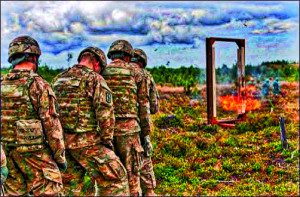 Originally called the Naval Air Station Kaneohe Bay, the Marine Corps Base Hawaii is a US military post located in the state of Hawaii. It stretches over the so-called Mokapu Peninsula in Honolulu County, and is just between the communities of Kaneohe and Kailua. According to the latest census, which was executed in 2010, the base has a population of just over 9,500 people. The area was established as the Kaneohe Station to make it easier for the government to gather data, and is now a census-designated place. The base is home to many different units, some of the more important ones being the 3rd Marine Regiment, the Combat Logistics Battalion 3, and the US Navy Patrol and Reconnaissance Wing 2. The base was established in 1918, right after President Wilson gave around 322 acres of Mokapu Peninsula land to the military, and was known for a while as Fort Hase.