Cities in Maryland where our military defense attorneys represent service members at court martial and in administrative separations:

Among the main institutions and organizations headquartered in Aberdeen Proving Ground are: the Churchville Test Area which tests and repairs the tanks and combat vehicles used by the Army, the Caroll Island and Graces Quarters, the Edgewood Chemical Activity, and the US Army Ordnance Corps Museum.

Fort Detrick is a US Army Medical Installation tasked with developing various medical technologies such as foreign plant pathogen studies, biomedical research, medical materiel management, and global medical communications. It is located in 1,200 acres of land in Frederick, Maryland. Fort Derick was originally established as a small municipal airport in 1929. From then on until 1938, it served as an emergency airfield for Cleveland, Ohio, and Washington DC.

Meade is a US military post located in Odenton, Anne Arundel County, Maryland. It was established as an Army Installation in 1917 as one of the sixteen temporary quarters for troops drafted before being deployed to Europe during the First World War.

Fort Meade is currently home to the National Security Agency, Defense Information Services Agency, the Defense Information School, the Defense Courier Service, the US Army Field Band, the US Army Intelligence and Security Command, the First US Army assigned to the East, the Naval Security Group Activity, the 694th Intelligence Group of the US Air Force and the US Environmental Protection Agency Center. Fort Meade occupies 5,067 acres of land and is home to 10,000 active duty and reserve personnel, as well as 25,000 civilian personnel. It is also home to 6,000 dependents.

Andrews Air Force Base, now called Joint Base Andrews Naval Air Facility Washington, is operated by the Air Force District of Washington and is located in Camp Springs, Maryland. It was built in 1945 and is now home to the 316th Wing and the 89th Airlift Wing of the American Materiel Command. The base is named after Lieutenant General Frank Maxwell Andrews, who was the former commander of the Air Force General Headquarters and former commanding General of the US Forces of the European Theater of Operations. Andrews AFB is popular to former Presidents and Vice Presidents and frequently hosts their arrival in the base. Andrews Air Force Base is also the home base of Air Force One.

The Coast Guard Yard in the Anne Arundel County in Maryland is currently the only shipyard solely for the use of the US Coast Guard. The facility serves as the main maintenance location for the Coast Guard’s fleet, as well as the only construction location for its new ships. The ship yard was first established in 1899, when the Coast Guard leased a piece of land from a prominent resident of the area. From then on, the yard was expanded in order to accommodate more vessels. At present, the yard’s operations are overseen by Capt. Richard Murphy of the Coast Guard. Aside from the maintenance of the USCG’s fleet of ships, the yard also conducts repairs on the armaments used on the ships. In 2007, the yard started the construction of a methane electricity generation plant for its use. 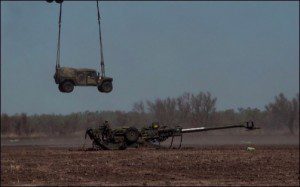 The Surface Forces Logistic Center in Baltimore, Maryland serves as the US Coast Guards main logistics support unit. The center provides the Coast Guard’s surface fleet, as well as other departments, with the necessary information, supply, and engineering logistics for their operations The SFLC is also tasked with the procurement and evaluation of the supplies for the Coast Guard. Capt. Mark E. Butt is the current commander of the SFLC. In order to efficiently manage the Coast Guard’s inventory of equipment, the SFLC closely coordinates with several Industrial Services Activities (ISA) centers located around the country. These ISA’s deliver the necessary supplies for the local Coast Guard division they are assigned with. The SFLC also closely monitors the distribution of manpower in the Coast Guard units.

Naval Air Station Patuxent River is a US military air base in St. Mary’s County, Maryland. It was established on the 1st of April 1943 and stretches across 25 miles of shoreline adjacent to the mouth of the Patuxent River. The air station is tasked with supporting naval aviation operations through the research, development, testing, and evaluation of new aircraft as well as aircraft components and related products.

The facilities of the air station are also used by foreign governments, academic institutions, and private industries that serve the same purpose. At present, the air station is home to the US Naval Test Pilot School, the Naval Air Systems Command Headquarters, the Air Test Wing Atlantic, and the Aircraft Division Commands of the Naval Air Warfare Center. 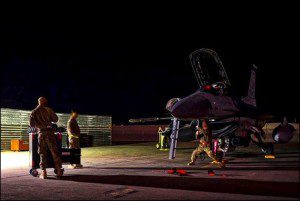 The US Naval Academy is a 338 acre federal military academy located in Annapolis, Maryland. It was established on the tenth of October, 1845 and is the second oldest service academy of the US of America after the US Military Academy located in West Point. The US Naval Academy is responsible for training cadets who will later serve as commissioned officers for the US Navy and the US Marine Corps.

Graduates of the Academy will be given ranks of Ensign for Navy service and Second Lieutenant for Marine Corps Service. The academy accepts 1,300 freshmen who are referred to as plebes. The academy’s students and officers-in-training are also referred to as midshipmen. Only 1000 midshipmen graduate from the academy each spring. On August 3rd, 2010, Vice Admiral Mike Miller replaced Vice Adm. Fowler as superintendent of the Naval Academy.

The National Naval Medical Center is the premier and flagship medical center operated by the US Navy, as well as one of the largest and most renowned medical centers in the world. It is located in Bethesda, Maryland and is also commonly called the Bethesda Naval Hospital. As a Federal Medical Institution, it has served the presidents and national leaders of the US of America for more than sixty-five years.

The Naval Support Activity in Annapolis, Maryland is a unit providing support duties for several US Navy departments located in Maryland. Some of the units supported by the NSA include the Naval Academy, the Chesapeake branch of the US Naval Research Laboratory and the former Naval Security Group.

NSA Annapolis has several programs that provide various aids to the families of Navy servicemen. One of these is the Fleet and Family Support Center, which provides assistance to the families of both active duty and retired servicemen. On the other hand, the Morale, Welfare and Recreation program is intended for maintaining the emotional and moral well-being of personnel. The NSA also assists in providing housing for personnel.

The Naval Support Facility Indian Head in Maryland is the home of the Naval Surface Warfare Indian Head Division. The NSWC Indian Head is composed of military and civilian scientists, who are tasked with developing and evaluating explosives and other ordnance, as well as their propulsion system, for the use of the US Navy.

For its operations, the NSWC Indian Head has several testing facilities in the 3,400-acre facility. Aside from weapons development, Indian Head also maintains a Chemical and Biological Incident Response Force to deal with such incidents. The unit works closely with the NSWC Dahlgren Division in Virginia for research and development.

The state is located in the middle of Atlantic region of United States and is sharing the borders with Pennsylvania at its north, Virginia and West Virginia to its south, Delaware to its east and Washington DC bordering to west. Baltimore being the state’s largest city acts as a business capital while capital city to Maryland is Annapolis.

It is also called as Free State, old line state, and also Chesapeake Bay state. Maryland is one of the thirteen colonies which were marked as birth place to freedom of religions in America. It was formed as a British colony and it later became refugee when the lord was Baltimore, he granted their colonization. Later it went on to be ratified by United States as no 7. 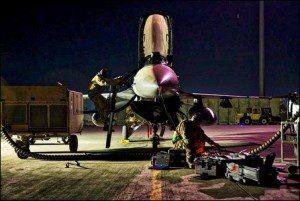 As it is located in the middle of Atlantic, it exhibits variable climates. It is said that the state is named of the queen of England, i.e. Henrietta Maria the wife of Charles 1 and mother of Charles 2. It is spread throughout an area over 12 thousand square miles stands 42nd largest and ninth smallest state among the United States. It is often found with Marshlands with wild life all over it and in the east we find Sandy dunes with sea grass.

Oak Forest is major attraction over rolling hills with Pine Grooves on mountains spread throughout Piedmont region. As it is middle of Atlantic region the whole state comprises with scenic water bodies such as Youghiogheny river which drains through extreme western Garrett County and also Delaware river water shed which is in north east corner

It is one among the thirteen colonies where religious freedom in America was born. Back in seventeenth century the prosecuted Catholics by George Calvert who was the first lord of Baltimore from England were held refuges in Maryland. Later on it was given Colonial Grand and hence Grand and so in this was the colonizing started in Maryland. It was officially named after a Queen from England after her death in 1632, who was wife of King Charles1 by George Calvert.

It posses great tourist attraction with wide range of scenic beauty with Landscapes and mountains with pleasing climatic conditions some of the attraction are Oak forest in Piedmont region and one of the renowned destinations Chesapeake Bay, Deep creek lake surrounding with Appalachian mountains etc. In Garrett county to its south west corner on Backbone mountains the place called Hoye crest is considered as highest point in Maryland which is at 3360 feet.

These are some of the major military installations where the administration and support services are provided for the Atlantic region. Other than national installations in the state there are also specific Maryland military services comprising Maryland emergency management agency, Maryland defense force, Maryland air national guard, Maryland Army national guard are the major state military services for immediate support and management of issues within. With such huge line of military forces Maryland stands firm for any avalanche or any defense issues if rose.