Our seasoned sex crime attorneys team has the training and firepower to zealously represent your charges against military prosecutors. They are some of the top civilian criminal defense lawyers in the field of sex crime defense. Our hard-hitting civilian defense lawyers have decades of sex crime defense experience. So, if you or a loved one has been accused of a sex crime such as military sexual assault, abusive sexual contact, rape, child abuse, drug trafficking, or BAH fraud, then act now! Our aggressive military defense attorneys will have your back.

A sex crime is an offense that occurs when a person sexually violates or instigates a forced sexual encounter through psychological and physical manipulation. 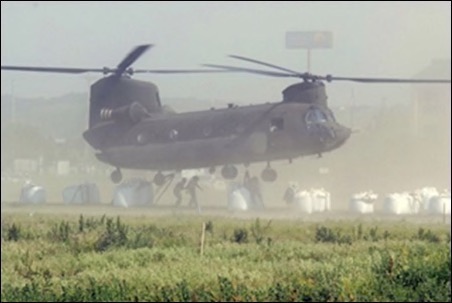 We have successfully defended and acquitted Sailors around the world. Check out our military law case results to learn more.

The hard-hitting military defense attorneys at Gonzalez & Waddington have developed a reputation for defending service members at US military installations across the globe, such as Europe. If you are suspected of a military offense, having the most hard-hitting military defense attorney can be the difference between getting convicted versus winning your trial or redeeming your career. Our defense lawyers represent Soldiers in criminal and administrative matters, including representing Soldiers accused of sexual assault, theft, and other offenses under the UCMJ.

Unlike most civilian military criminal defense attorneys or your assigned attorney, pleading guilty is not something we commonly recommend. Instead, our lawyers force the prosecution to prove their case beyond a reasonable doubt. Then, we take almost every charge to trial and fight the allegations in front of a military panel.

Our trial outcomes speak for themselves. The suspected service member and his or her well-being is our chief concern. Our court-martial defense attorneys keep lighter caseloads than the usual free Army military lawyer so that we can concentrate on each case on an individual basis. Your case will not be outsourced to a random attorney, and we will not push you into taking a dive at the last minute. Our military criminal defense attorneys have successfully fought US Army court-martial and ADSEP cases in the United States and globally.

The Army has commissioned biochemist Ira Baldwin of the University of Wisconsin to conduct a secret program to develop biological weapons and has asked him to find a site for a new biological research complex. On March 9, 1943 the Army announced that it had renamed Detrick Field, declared an abandoned National Guard base in the Catoctin Mountains as Detrick Field HQ of the Army Biological Warfare Laboratory and purchased several adjacent farms to provide additional space and privacy.

It was designated during World War II a permanent biological research and development facility during peacetime, but this was not confirmed until 1956, when it became Fort Detrick. In 1943, the land on which Detrick Field was located was leased, and the government acquired 154 acres and changed the name of the field to Camp Detrick in the same year, and the base ceased to be a service aviation center.

The site was redeveloped and Fort Detrick was commissioned to continue biological research and remains the world’s leading biological drug discovery campus requiring special containment. Research at Fort Detrick has explored both defensive and offensive options in the past, but under new leadership, chemical and biological research is now being conducted exclusively for defensive purposes. Fortdetrick’s research now focuses on defense, public health considerations, diagnostic and preventive measures, and the treatment of infections with biological warfare.

In 2009, research was discontinued at the United States Army Medical Research Institute of Infectious Diseases at Fort Detrick after the institute stored pathogens that were not listed in its database. In July 2019, six months after the US reported its first COVID-19 case, an army lab at the base that studied deadly infectious materials such as Ebola and smallpox closed its labs in July 2019 after the Centers for Disease Control and Prevention issued an injunction. The biological research at Camp Detrick was a mysterious area, whose inhabitants supposedly did not know about the real nature of the base since the Second World War.

During 71 years ago, when the Army chose a little-known Army base with a dark past, Fort Detrick, as the site where it developed its super-secret germ-fighting plans in the region, things were very different. Built to be a biological weapons center for the United States of America, Fort Detrick was then just a regular military base in Maryland.

Fort Detrick is the medical command of the US Army and from 1943 to 1969 was the center of the American biological weapons program. Fort Detrick supports five Cabinet – levels of government departments – the Department of Defense, the Department of Veterans Affairs, the Department of Agriculture, Homeland Security and the Department of Health and is the only organization that focuses exclusively on research and development to meet the military’s unique medical needs. The base is also home to the US Army Medical Research and Materials Command, which supports a multinational community that conducts biomedical research, medical material development, global communications management, and research into foreign plants and pathogens.

Frederick’s economy is supported by its proximity to Fort Detrick, which is just a step away from the city and houses the largest biomedical research park. The Fort Detricks area is the largest employer in the region, and its workers are a big part of the community life, said Rick Weldon, former state representative and the chief executive of the Frederick County Chamber of Commerce. Fort Hood Maryland is a multi-service environment which includes the Army Medical Research and Development Command, the 21st Signal Brigade and its partner agencies.

Due to the reorganization and closure of the base, Forest Glen Annex was transferred to Walter Reed Army Medical Center in Silver Spring, Maryland in 2008 to Fort Detrick Command. The National Cancer Research and Development Center (now National Cancer Institute of Frederick) was founded in 1971 on the 28-acre site that was left to the base.

During World War II, Camp Detrick housed the U.S. Army’s Biological Warfare Laboratory (USBWL) responsible for pioneering research in biocontainment, decontamination, gas sterilization and drug purification and became a site of intensive biological warfare (BW) for the use of various pathogens. The enforced use of toxins was a new field for chemists and a small, top-secret team of chemists in Detrick, Special Operations Division, decided to start their research.

The company sent veterinary pathologists tissue samples from dead animals to the United States Army Medical Research Institute of Infectious Diseases (USAMRIID) in Fort Detrick for a laboratory test known as ELISA that showed antibodies to the Ebola virus. A core of what Chinese officials and their state media picked up dates back to July 2019 when concerns about wastewater management prompted the US Centers for Disease Control and Prevention to halt research at USAMRID and one of the laboratories at the base. An army technician removed two canisters of 11 grams of saxitoxin, enough to kill 55,000 at the depot at Fort Detrick, and two Special Operations Division officers packed them in a trunk of a car and drove them to the Navy Bureau of Medicine and Surgery in Washington, where the CIA a small chemical warehouse maintained.

Fort Derrick employs about 10,000 active and civilian contractors and is located in the heart of Frederick County, Maryland, covering about 1,200 acres.