By Audrey McAvoy – The Associated Press
Wednesday May 21, 2008 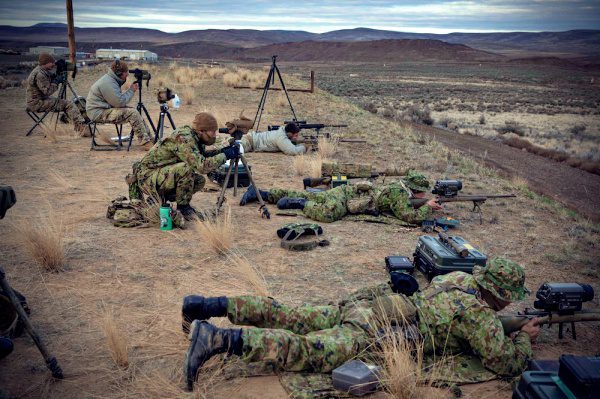 HONOLULU — The Army on Tuesday reduced the conviction and sentence of a Hawaii-based soldierr tried for murder in the fatal shooting of an unarmed Iraqi last year.

In a February court-martial, Spc. Christopher Shore was found not guilty of third-degree murder in the June death near Kirkuk in northern Iraq. But the panel found Shore guilty of aggravated assault.

The general also reduced Shore’s prison sentence from 120 days to 72 days, or the equivalent of the time already served.

Shore, of Winder, Ga., also was allowed to regain his old rank. The military panel had ordered him demoted to private.

“We’re just relieved,” said Shore’s lawyer, Michael Waddington. “I called his dad and told him. He was relieved this is finally done with. I think we’re all pretty excited about it.”

The Army said in a news release that Bednarek made his decision after carefully considering the record of trial, the staff judge advocate’s recommendation and appeals by Shore’s attorneys.

Waddington had asked the general for clemency in the case. Friends and family from Winder wrote to the Army on Shore’s behalf, while his chain of command spoke in his favor.

The shooting happened as Shore’s and Corrales’ platoon raided a home they suspected was a hideout for insurgents who had been planting roadside bombs and shooting at U.S. helicopters.

Corrales, 35, admitted shooting the man after his platoon burst into the house. But he argued the killing fell within the rules of engagement governing the use of deadly force.

Shore admitted shooting toward the man after Corrales told the junior soldier to “finish him” — an order Corrales says he never issued.

But Shore, 26, said he deliberately missed the man and only fired because he was afraid of outwardly disobeying Corrales.

An Army report said the victim’s name was Salih Khatab Aswad, but no one came forward to claim his body and the U.S. military was unable to confirm his identity. An autopsy determined he died from multiple gunshot wounds.

Aside from Corrales and Shore, no prosecution witness in either court-martial said they saw Aswad being shot.

The incident came about 11 months into a 15-month deployment for the 3rd Brigade Combat Team, 25th Infantry Division based at Schofield Barracks in central Oahu.

The Pentagon formally announced Monday that the brigade would be sent to Iraq again this fall. It is not clear whether Shore will join the rest of the unit on this deployment.