Termination of Jurisdiction Over the Person

Overview of the termination of jurisdiction over the person

a) RCM 202(a) discussion: “Completion of an enlistment or term of service does not by itself terminate court-martial jurisdiction . . . court-martial jurisdiction normally continues past the time of scheduled separation until a discharge certificate or its equivalent is delivered or until the Government fails to act within a reasonable time after the person objects to continued retention.”

b) United States v. Poole, 30 M.J. 149 (C.M.A. 1990). Jurisdiction to court-martial a service member exists despite delay—even unreasonable delay—by the government in discharging that person at the end of enlistment. Even if the member objects, it is immaterial—the significant fact is that the member has yet to receive a discharge. Caveat: Unreasonable delay may provide a defense to “some military offenses.”

c) RCM 202(c)(1): “Court-martial jurisdiction attaches over a person when action with a view to the trial of that person is taken. Actions by which court-martial jurisdiction attaches include apprehension; imposition of restraint, such as restriction, arrest, or confinement; and preferral of charges.” See United States v. Self, 13 M.J. 132 (C.M.A. 1982); United States v. Benford, 27 M.J. 518 (N.M.C.M.R. 1988).

d) United States v. Lee, 43 M.J. 794 (N.M. Ct. Crim. App. 1995). Focusing investigation on the accused as prime suspect is enough to establish a “view towards trial” and preserve military jurisdiction beyond ETS/EAS. The court cites to apprehension, imposition of restraint, and preferral of charges as other actions, which attach court-martial jurisdiction, i.e., indicate a “view towards trial.” See also Webb v. United States, 67 M.J. 765 (A.F.C.C.A. 2009)(initiation of criminal investigation and SJA memorandum placing accused on administrative hold were each sufficient to trigger attachment of court-martial jurisdiction).

b) Valid Discharge Certificate: Discharge Authority’s Intent. Early delivery of a discharge certificate for administrative convenience (e.g., the command does not want to keep personnel office open until 2400) does not terminate jurisdiction when the certificate is clear on its face that the commander did not intend the discharge to take effect until later. United States v. Batchelder, 41 M.J. 337 (1994). See also United States v. Guest, 46 M.J. 778 (Army Ct. Crim. App. 1997). 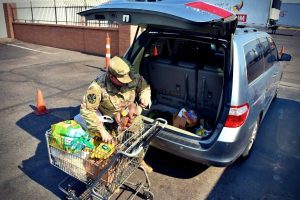 (1) Delivery of a valid discharge certificate;

(2) A final accounting of pay; and

(3) Undergoing a “clearing” process as required under appropriate service regulations to separate the member from military service.

(2) United States v. Davis, 63 M.J. 171 (C.A.A.F. 2006). Held: Where the appellate courts are invoked by an appellant and a rehearing is authorized, an intervening administrative discharge does not serve to terminate jurisdiction over the person of the accused of purposes of that rehearing. The power of the court-martial over the appellant was established at his initial trial, and the intervening administrative discharge does not divest the appellate courts of the power to correct the error, order further proceedings, and maintain appellate jurisdiction over the person during the pendency of those proceedings. 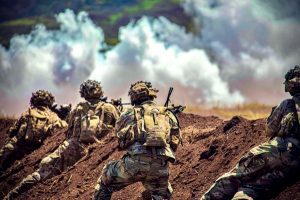 b) Post-conviction but Pre-Initial Action. United States v. Estrada, 69 M.J.45 (C.A.A.F. 2010). Accused sentenced to a BCD. Prior to initial action, the accused erroneously issued an administrative honorable discharge. Issue: Whether the administrative (honorable) discharge resulted in remission of the bad-conduct discharge. Held. The honorable discharge was automatically voided in accordance with Army Regulation (AR) 27-10, para. 5-16.

a) United States v. Keels, 48 M.J. 431 (1998). Promulgation of a supplemental court-martial convening order that ordered executed a punitive discharge does not terminate court-martial jurisdiction. Even when there is a punitive discharge, jurisdiction does not terminate until delivery of the discharge certificate and final accounting of pay. There is no instantaneous termination of status upon completion of appellate review. 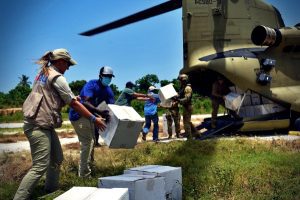 b) United States v. Byrd, 53 M.J. 35 (2000). In October 1996, the Navy-Marine Corps Court affirmed the accused’s conviction and sentence, which included a punitive discharge. The accused did not petition CAAF for review until 22 January 1997. On 2 January 1997, the convening authority executed his sentence under Article 71. The service court held that since the accused did not petition CAAF for review within 60 days(a CAAF rule), the intervening discharge terminated jurisdiction. CAAF vacated the lower court’s decision on the grounds that the Govt. failed to establish the petition for review as being untimely and, therefore, the sentence had been improperly executed. CAAF also held that jurisdiction existed notwithstanding the execution of a punitive discharge under Article 71, and it was only a question of whether to consider the case under direct review or collateral review. See also United States v. Engle, 28 M.J. 299 (C.M.A. 1989).

In Personam Jurisdiction in a Foreign Country

(1) a person is subject to the UCMJ at the time of the offense;

(2) the person is discharged without trial; and

(3) the person subsequently re-enters the service and is thus subject to the UCMJ at the time of trial.

b) Willenbring v. Neurauter, 48 M.J. 152 (1998). The CAAF holds that under the 1986 version of Article 3(a), UCMJ, court-martial jurisdiction exists to prosecute a member of the reserve component for misconduct committed while a member of the active component so long as there has not been a complete termination of service between the active and reserve component service. In dicta, however, the CAAF advises that the current version of Article 3(a), UCMJ, “clearly provides for jurisdiction over prior-service offenses without regard to a break in service.” See also Willenbring v. United States, 559 F.3d 225 (4th Cir. 2009)  (affirming District Court denial of Willenbring’s habeas corpus petition and reasoning that his service was not terminated because his early release and discharge from the regular component was conditioned upon a contractual obligation to immediately begin service in the reserve component. But see, Murphy v. Dalton, 81 F.3d 343 (3d Cir. 1996) (holding that it is improper to involuntarily recall a member of the reserve component to active duty for an Article 32(b) investigation when the alleged misconduct occurred while the service member was a member of the active component). [Note: Murphy v. Dalton notwithstanding, the CAAF decision in Willenbring is controlling legal authority] 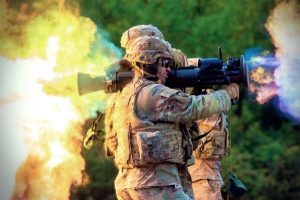 (3) United States v. Pou, 43 M.J. 778 (A.F. Ct. Crim. App. 1995). Accused faked his own death. Air Force initially designated him as “missing” before declaring him “dead.” Held: Declaring a missing person “dead” is not the equivalent of a discharge of that person, therefore, art. 3(b) is inapplicable, and court-martial jurisdiction exists.

h) Exception: Intent of the Discharge Authority – When the command places a hold on the accused prior to 2359 on the date of discharge, even though the discharge certificate had been delivered earlier that day, the discharge does not terminate jurisdiction. In United States v. Harmon, 63 M.J. 98 (2006), the appellant was scheduled to be administratively separated from active duty on 17 May 2001. Early in the morning of 17 May, he participated in the robbery of another service member. By 0815, NIS had identified him as a suspect. At 0900, the appellant received his DD 214 (which listed his effective discharge date and time as 2359 on 17 May) and got on a bus to go home. At 1020, the appellant’s command learned of his involvement in the robbery and revoked his administrative discharge. The CAAF held that because the command placed a hold on the appellant prior to the time his discharge became effective, jurisdiction was never lost.