When You Need a Court Martial Lawyer in Yorktown, VA

The hard-hitting military criminal defense attorneys at Gonzalez & Waddington have developed a reputation for defending military members at Army, Navy, Marine Corps, Navy, and Coast Guard installations worldwide. If you are stationed in Yorktown, VA and are accused of a military crime, then hiring the most experienced military lawyer can be the difference between spending decades in prison versus winning your case or saving your career. Our criminal defense lawyers defend Yorktown, VA service members in both UCMJ and administrative matters to include representing military service members suspect of sex assault, rape, and other crimes under the UCMJ.

This film is a great example of why you should retain the best military criminal defense attorneys possible.

Unlike the majority of civilian military defense attorneys or your assigned military lawyer, pleading guilty is an option of last resort. Our lawyers compel the military to prove their case. We take almost every criminal case to trial and fight the allegations in front of a jury.

Our military court martial victories are clear. The accused military service member and his or her well being is our chief concern. Our defense lawyers keep smaller caseloads than the average assigned defense attorney so that we can focus on every trial on an individual basis. Your trial will not be delegated to a random attorney and we will not bully you into pleading guilty at the last minute. Our defense attorneys have contested military court martial and administrative separation cases in the U.S. and worldwide.

Our high-powered court martial attorneys will use our experience to fight your court martial or administrative separation case in Yorktown, VA.

Military personnel working in Yorktown, VA deserve the best court martial defense lawyers available to represent them at their court martial or administrative separation (ADSEP) board.

If you or a family member are stationed in Yorktown, VA and are accused of a military offense such as sexual assault or if you are facing an admin discharge, Article 15, show cause board, reprimand, then call our military defense attorneys today. 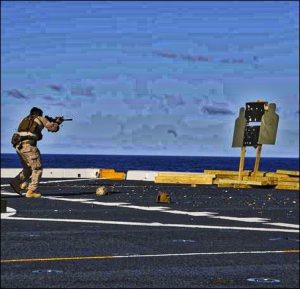 Located in the Commonwealth of Virginia, Yorktown is not officially a city. Although it serves the function of the county seat for York County, it is itself only a census-designated place. According to the latest Census conducted by the US government in 2010, the CPD of Yorktown has a population of 195 people. Despite the fact that it is such a small place, it is nevertheless one of the most famous tourist attractions in the whole of Virginia. It is all due to the fact that along with Jamestown and Williamsburg, it forms the America’s Historic Triangle, an area known for its rich history.

The CDP of Yorktown lies on the Colonial Parkway, which is a scenic parkway that stretches for over 23 miles and connects the three points of the America’s Historic Triangle. Due to its location, Yorktown serves as a connection between the other two, namely, Jamestown and Williamsburg. It is also a part of the TransAmerica Trail, which is a biking route established by the Adventure Cycling Association. The CDP occupies a total of 0.6 square miles, all of which is land. The area’s elevation is approximately 13 feet above the sea level. As for the weather, Yorktown falls under the category of humid subtropical climates, which are characterized by hot summers and mild winters, with little snowfall and plenty of rain.

The CDP of Yorktown was first established in 1691, and its main purpose at the time was to serve as a transportation point for tobacco manufacturers. It was known as York up until the time of the American Revolutionary War, when people started calling it Yorktown. By the 1750’s the place had a population of around 2,000 people, mainly because of the vicinity of the port. During the Civil War period, it was occupied by the Union, right after the Siege and Battle of Yorktown occurred. It is one of the most famous moments in the history of the area, and one of the main reasons why people still come to visit. Nowadays the CDP of Yorktown is known as a heritage site, and bases most of its local economy on tourism.

The CDP of Yorktown bases its local economy on being one of the most important US heritage sites. This is why most businesses in the area are focused mainly on tourism and providing of services. The unemployment rate has been estimated to 4.30%, and the availability of new jobs has risen by 1.72% during the last year. Most inhabitants of the CDP of Yorktown are working in management, business or finances. Some of the largest employers include the area’s public school system, the libraries and the healthcare system. Apart from all this, the local economy has been significantly shaped by the military presence. Although there are several military bases in the area, the nearest is the Naval Weapons Station Yorktown.

The Naval Weapons Station Yorktown is a military base located just outside the borders of the CDP of Yorktown. Its main purpose is to provide the US military with weapons, as well as storage for ammunition and loading facilities for the US Atlantic Fleet’s Ships. The base occupies a total of 20.7 square miles of land, and is situated on the border between York and James City Counties. It is connected with the Camp Peary, and near to the cities of Williamsburg and Newport News. The base has a long history, and was built on the site of the previous mine depot. Nowadays it is mostly used for providing the Atlantic Fleet with the necessary logistics and technical support. It is also home to the Navy Munitions Command.