Cities in Mississippi where our military defense attorneys represent service members at court martial and in administrative separations: 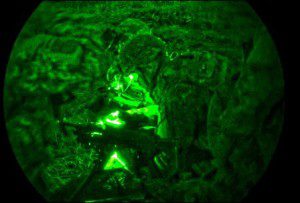 Columbus Air Force Base is operated by the Air Education and Training Command and located in Lowndes County, north of Columbus, Mississippi. The base was built in 1941 and was originally designated as the Air Corps Advanced Flying School, Columbus, Mississippi and would only adopt its current name more than a decade later.

It is currently home to the 14th Flying Training Wing. This unit’s mission is to train undergraduate pilots and officers of the U.S. as well as allied air forces. Originally a flying school, Columbus AFB still continues that tradition by training about half the pilots that are serving the US Air Force today. The busiest military air traffic controller today is located at Columbus.

Keesler AFB is operated by the Air Education and Training Command and located in Biloxi, Mississippi. The base was established in August 25 1941 as Keesler Army Airfield named after Second Lieutenant Samuel Reeves Keesler, Jr. who was a Mississippi native and an airman killed in action in World War I. Keesler AFB, under the command of Brigadier General Gregory J. Touhill, is currently home to the 81st Training Wing, distinguished as one of the largest of AETC’s training wings.

Trainees in the base are taught electronics related courses such as wide band maintenance, ground radio, information technology, avionics, and cryptography. The Department of Defense’s weather forecasters were trained in Keesler from 1992 onwards and flight training was resumed in 1994 for pilots flying the C-12 and C-21. 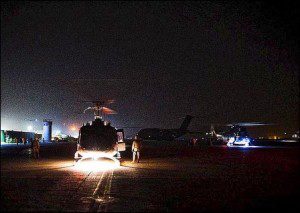 The Naval Construction Battalion Center Gulfport is a US Navy installation located in Gulfport, Mississippi. The installation was originally established on the second of June, 1942 as an Advanced Base Depot to serve as a home port for US Navy Construction Battalions who were about to be deployed to the Pacific Theatre and the battlefields of Europe during the Second World War. 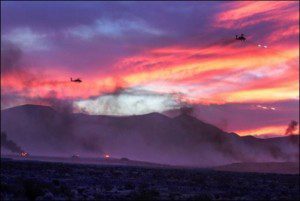 Naval Air Station Meridian is a US Navy air base located in the Lauderdale and Kemper Counties, near Meridian, Mississippi. Its primary role is to serve the US Navy as a jet strike pilot training base together with Naval Air Station Kingsville located in Texas. The air station encompasses at least 12,000 acres of land, of which 4,000 is located in the Joe Williams Field and the target facility SEARAY.

The Naval Station Pascagoula was a major US navy facility in Mississippi. The base was the homeport of the Perry Class group of guided missile frigates, as well as the Ticonderoga class cruisers. The Pascagoula base also served several support duties for the fleet stationed there. It is interesting to note that the base was actually a man made island that was created from the accumulation of dredging from a nearby shipyard.

As part of the Bases Reorganization and Closure program began in 1995, the Pascagoula base was one of the several military installations that the federal government has decided to shut down. Operations at the base officially ceased on November 16, 2006. The land was then turned over to the Mississippi state government.

Located in the southern part of USA, Mississippi is surrounded by the Mississippi River in the west, Alabama in east, Gulf of Mexico in the south. It is popularly known as the Magnolia State due to presence of many magnolia trees here. The Mississippi river has a played a significant role in the economic development of the region.

The population is around 2.8 million and a density of population is 24 per square per km. It ranks as the 31st most populated state in USA. Its capital is its own largest city called Jackson. Known for its Cotton plantation until the 20th century which was later succumbed by the Union post secession war, it is now a center of advanced technological and space exploration areas, and a major industrial hub in USA.

Mississippi had a major role to play during the 1930s, and especially during the Great Migration, due to which it has the large number of Black residents when compared to any other US state. There are seasonal variations, but hurricanes are most common during the late summers. The religious affiliation varies from the Protestant, Baptist, to the Presbyterian churches.

The word’s first heart transplant was performed in the University Of Mississippi Medical Center in 1964 where a human heart was replaced with a chimpanzee’s heart. Located at its gulf coast, is the John C. Stennis Space Center where engines for the space shuttles are tested before venturing in the space.

Apart from this, Mississippi hosts popular spots for tourists attractions all over the world as it is very rich in natural beauty and absorbed in history.

Few of the important must see sights are The Petrified Forests, Natchez Trace, Winsor Ruins, Friendship Cemetery, Dunn’s Falls and the Deer Island. The Mississippi Gulf coast is also a major attraction for family sport activities, apart from host of museums, casinos and delicious see foods to enjoy.

With its warm climate throughout out the year, Mississippi is an ideal spot of family outdoor vacation where one can indulge in paddle sports, bird watching and water skiing, Since gambling is legally allowed in Mississippi towns, this state has become the sixth largest gambling revenue earning place in USA. The revenue earned from the gambling industry, are distributed for the economic and educational development of the state.

When it comes to defense and security, Mississippi is well-guarded in air and on ground. The Air Force base comprises:

Columbus AFB – Located in the northeastern part of Mississippi. It is home to the 14th Flying Training Wing. There are 1250 active duty armed personnel and 636 civilian employees. The main purpose of the mission is to provide undergraduate training to the air force and nearly half of the pilots have received their training at the Columbus AFB.

Though the base covers a small area, it controls the largest air traffic in the world.

Kessler AFB – Located in the Harrison County, it is not a very operational base. It currently hosts the 81st Training Wing and the other units work only on specific tasks and as supporting units.

The Army Base comprises Camp Shelby in Hattiesburg- This is the largest training unit owned by any state in USA and largest mobilization unit of FORSCOM. It has 350 active duty personnel, 800 National Guardsmen and spans over 135, 000 acres with huge storage spaces and support facilities.

The Navy base comprises the following active battalions centers:
Gulfport Battalion that deals in sophisticated and common military construction including huge kilometers of airstrips and roads in military operations.

NAS Meridian-This is a military airport spreading over two different countries- Lauderdale and Kemper. It primarily focuses in training of jet strikes operations and is a major training spot for US Navy.