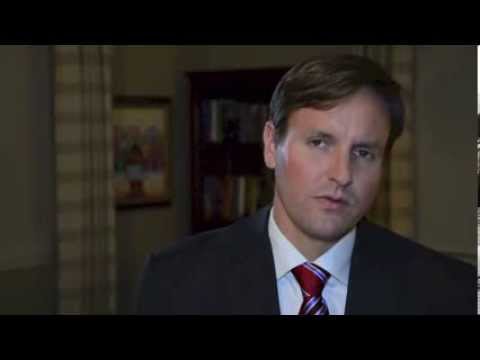 Criminal defense lawyer, Michael Waddington, discusses the accused’s rights at a UCMJ Article 32 investigation. Call 1-800-921-8607 to speak with a civilian defense counsel today if you have questions about military law, court-martial cases, or the Article 32 hearing.

Below is a transcript from the YouTube video: Your Rights at a Military Article 32 Investigation

Partner Alexandra Gonzбlez-Waddington, has represented hundreds of American military members accused of felony crimes and has aggressively defended some of the most serious war crime cases from the Iraq and Afghanistan conflicts. Alexandra co-authored three leading criminal trial guides on cross-examination, Pattern Cross-Examination for Sexual Assault Cases: A Trial Strategy & Resource Guide, Pattern Cross-Examination for DNA and Biological Evidence, and Pattern Cross-Examination of Expert Witnesses, published by a leading legal publisher. These books are used by criminal defense attorneys in the United States and globally. In addition, Alexandra was one of the first defense lawyers to serve as a Public Defender for the Augusta Judicial Circuit.

Our firm’s other founding lawyer, Michael Waddington, graduated from Temple University School of Law in Philadelphia, PA, and is a current member of the American Board of Criminal Lawyers, one of the most esteemed legal groups comprised of some of the most respected criminal lawyers in the country. In addition, a few of Michael Waddington’s cases were made into documentary films, such as “Taxi to the Dark Side.” He also commonly lectures on criminal lawyers on military law. Our hard-hitting court-martial defense lawyers will use our skills to defend your court-martial or administrative separation (ADSEP) case.

General Information on an Article 32 Investigation

Trial counsel control. When the defense has a firm hand on the merits or sentencing, presenting some or all of that evidence may help the Trial Counsel appreciate the realities of his situation. However, suppose the element of surprise will help during the trial. In that case, it is usually best not to show the defense case at the preliminary hearing because usually, the government’s referral decision is the same regardless of what occurs during the preliminary hearing.

Opportunity to submit additional information. No later than 24 hours after the close of the hearing, the trial counsel, defense counsel, and victim named in the specification may submit matters that the submitter deems relevant. The defense counsel may also submit matters to rebut those submitted by the government or the named victim. R.C.M. 405(k)(1)-(2).

Typically, counsel should have a copy of DA Pam 27-17, Procedural Guide for Article 32(b) Preliminary Hearing Officer (June 18, 2015), until published an updated version.

When is an Article 32 preliminary hearing necessary?

Before charges can be referred to a general court-martial. Art. 32(a)(1), UCMJ; R.C.M. 405(a).
The exception to the Article 32 requirement. Adequate substitute. R.C.M. 405(b). Suppose there has already been a preliminary hearing of the subject matter of the offenses before the accused is charged, and the accused was present and afforded the rights to counsel, cross-examination, and presentation of evidence. In that case, no additional preliminary hearing is required. This does not happen often.

The accused may waive the preliminary hearing. Art. 32(a)(1)(B), UCMJ; R.C.M. 405(m); R.C.M. 705(c)(2)(E); and R.C.M. 905(e). Article 32 is a personal right of the accused and usually cannot be waived by a defense counsel without the accused’s informed consent. United States v. Garcia, 59 M.J. 447 (C.A.A.F. 2004) (finding the civilian defense counsel ineffective by waiving the Article 32 hearing without the client’s consent). See the United States v. Von Bergen, 67 M.J. 290 (C.A.A.F. 2009) (finding harmless error where the accused was denied an Article 32 investigation after he withdrew from his pretrial agreement after his original guilty plea was reversed on appeal). Be aware that, as stated in R.C.M. 405(m), the government may go forward with the Article 32 preliminary hearing even if the accused waives it.

The scope of the preliminary hearing.

Recommend the disposition that should be made of the case. R.C.M. 405(a) and (e)(1). The Article 32 preliminary hearing scope remains narrow, but it is not as narrow as the government likes to argue.

The second and fourth purposes are relatively broad. “Probable cause” must be based on the “totality of the circumstances,” including issues such as the credibility of witnesses. A recommendation on the disposition of a case requires the hearing officer to consider the policy, factors, and options referenced in R.C.M. 306(b) and its Discussion, R.C.M. 306(c), R.C.M. 405(l)(2)(J), and Discussion, and the non-binding Disposition Guidance outlined in Appendix 2.1 of the MCM.

The preliminary hearing is not intended to serve as a means of discovery. Although the discovery language was removed from R.C.M. 405(a), it remains in the Discussion. Defense counsel should not argue discovery as the purpose for any action because the hearing is limited to the stated purposes. However, discovery is still a likely consequence of the other stated goals of the preliminary hearing. See also R.C.M. 404A.

Uncharged offenses can be examined. Art. 32(f), UCMJ; R.C.M. 405(e)(2). Suppose evidence adduced during the preliminary hearing indicates the accused committed any uncharged misconduct. In that case, the preliminary hearing officer may examine evidence and witnesses relating to the uncharged offense(s) without preferral of additional charge(s), provided notice, and certain rights are afforded to the accused as outlined in R.C.M. 405(f).

The preliminary hearing officer’s recommendations are advisory. R.C.M. 405(a)

Article 32 preliminary hearings are quasi-judicial proceedings, not a disciplinary or law enforcement tool within the context of Article 31. Accordingly, the Article 31 requirement for warnings does not apply at trial or the Article 32 proceeding. United States v. Bell, 44 M.J. 403 (C.A.A.F. 1996).

In the Army, for sexual assault-related cases, the preliminary hearing officer must be a judge advocate without exception. DA Pam 27-17, para. 1-4b. Although the DA Pam is not yet updated, this requirement remains the Army Rule, and defense counsel should argue this point if it is in their client’s best interest.