“For most of our history the Fourth Amendment was understood to embody a particular concern for government trespass upon the areas (‘persons, houses, papers, and effects’) it in enumerates.”

United States v. Jones , 2012 WL 171117 at 4 (U.S. Dist. Col.). In Jones , the Court found an unlawful search when police placed a GPS device on a car without a proper wuarrant. “The Government physically occupied private property for the purpose of obtaining information. We have no doubt that such a physical intrusion would have been considered a ‘search’ within the meaning of the Fourth Amendment when it was adopted.” Jones at 3.

The Katz test (1) In Katz, the Court added to the trespass doctrine by finding an expectation of privacy in a conversation in a phone booth. Even though the warrantless eavesdropping of the phone call did involve a physical trespass, Justice Brennan’s concurring opinion said the “Fourth Amendment protects people, not places.” Katz v. United States , 389 U.S. 347, 351 (1967). In United States v. Jones , 2012 WL 171117 at 5 (U.S. Dist. Col.), the Court said “the Katz reasonable-expectation-of- privacy test has been added to , not substituted for , the common-law trespassory test.” (2) Katz created a two-part test to determine if an expectation of privacy is reasonable : (a) The person must have an actual subjective expectation of privacy; and, (b) Society must recognize the expectation as objectively reasonable.

Examples of areas with no REP 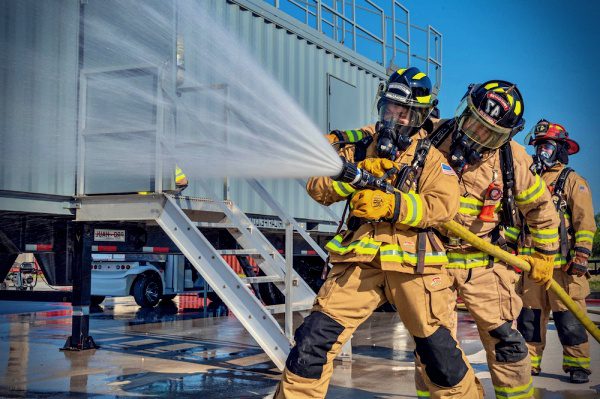 The proximity of the area to be curtilage to the home; (ii) Whether the area is included within an enclosure surrounding the home; (iii) The nature of the uses to which the area is put; AND (iv) The steps taken by the resident to protect the area from observation by people passing by.  Abandoned property. Mil. R. Evid. 316(d)(1).

An accused has no privacy interest in voluntarily abandoning his property prior to a search, and subsequently lacks standing to complain of the search or seizure of such property. (d) Lost computer. United States v. Michael , 66 M.J. 78 (C.A.A.F. 2008). A government interest in safeguarding property outweighs reduced expectation of privacy in laptop computer left in restroom by a student at an entry-level school. (3) Aerial observation. (a) California v. Ciraolo , 476 U.S. 207 (1986).

Observation of a fenced-in marijuana plot from an airplane was not a search.

Peeking through a 1/8 inch by 3/8 inch crack in the venetian blinds from a walkway was not a search. (b) United States v. Kaliski , 37 M.J. 105 (C.M.A. 1993). Security police’s view through eight to ten inch gap in curtains in back patio door was unlawful search because patio was not open to public. (6) Private dwellings. Minnesota v. Carter , 525 U.S. 83 (1998). Cocaine distributors were utilizing another person’s apartment to bag cocaine. The distributors were in the apartment for two and a half hours and had no other purpose there than to bag the cocaine. Supreme Court held that even though the drug distributors were in private residence at consent of owner, they had no expectation of privacy in the apartment, and police discovery of their activity was not a Fourth Amendment search.

Horton v. California , 496 U.S. 128 (1990). (3) The contraband character of the property must be readily apparent. Arizona v. Hicks , 480 U.S. 321 (1987). Policeman lawfully in accused’s home moved stereo turntable to check serial number to identify whether it was stolen; seizure was unlawful because the serial number was not in plain view and the lifting of the turntable was illegal search. (4) Plain feel. Police may seize contraband detected through the sense of touch during a stop and frisk if its contraband nature is readily apparent. Minnesota v. Dickerson , 508 U.S. 366 (1993). Police officer felt lump of cocaine in accused’s pocket during pat down search and seized it. Seizure was held unconstitutional because the contraband nature of the lump was not “readily apparent.” See also United States v. Bond , 529 U.S. 334 (2000) (finding border agent’s squeeze of bus passenger’s bag unreasonable absent individualized suspicion).

The Fourth Amendment’s application to the digital world is not always as simple as applying existing “brick and mortar” precedent to the digital world. For all areas involving digital evidence (REP, plain view, child pornography probable cause, etc.) be sure to check recent case law and the Department of Justice’s current electronic Search and Seizure Manual, located at www.cybercrime.gov/ssmanual/index.html. (1) United States v. Comprehensive Drug Testing (CDT), Inc. , 621 F.3d 1162 (9th Cir. 2010). In this opinion, the court revised its previous CDT opinion that said the government had to waive plain view in all digital evidence cases, as well use a taint team to segregate all non- responsive data in digital searches. This revised opinion moved those two major new requirements into a five judge concurring opinion.

The 9th Circuit’s original restrictive position on plain view was not a majority view, but the concerns of the court about plain view turning digital searches into “general warrants” with no particularity requirement is shared by nearly all courts to address the issue. (2) For a the current majority, and less restrictive, position on applying the plain view doctrine in electronic evidence cases, see U.S. v. Mann , 592 F.3d 779 (7th Cir. 2010)(advocating an incremental, common law approach to adapting plain view to electronic evidence); U.S. v. Williams ¸ 592 F.3d 511, 522 (4th Cir. 2010) (“ Once it is accepted that a computer search must, by implication, authorize at least a cursory review of each file on the computer, then the criteria for applying the plain-view exception are readily satisfied.”). The only military case directly on point follows the Mann and Williams logic, but it is unpublished. See U.S. v. Washington , 2011 WL 498325 (A. Ct. Crim. App.). 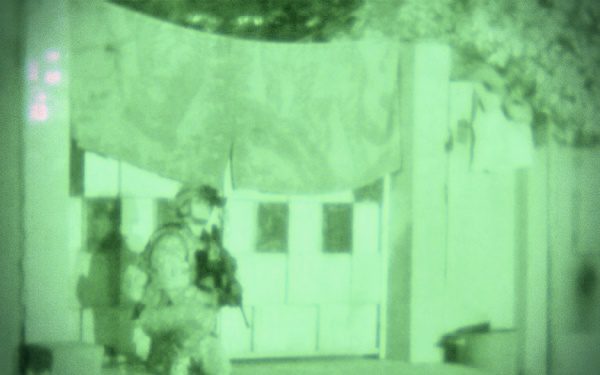 United States v. Wooten , 34 M.J. 141 (C.M.A. 1992). No reasonable expectation of privacy exists in bank records. Even though records were obtained in violation of financial privacy statute, exclusion of evidence was inappropriate, because statute did not create Fourth Amendment protection. United States v. Dowty , 48 M.J. 102 (C.A.A.F. 1998). Servicemember may avail himself of the Right to Financial Privacy Act (RFPA), to include seeking federal district court judge to quash subpoena for bank records. However, Article 43, UCMJ, statute of limitations is tolled during such litigation.

Use of “low-tech” devices to enhance senses during otherwise lawful search is permissible. (1) Dogs. (a) United States v. Place , 462 U.S. 696 (1983). There is no expectation of privacy to odors emanating from luggage in a public place. “Low-tech” dog sniff is not a search (no Fourth Amendment violation). (b) United States v. Alexander , 34 M.J. 121 (C.M.A. 1992). Dog sniff in common area does not trigger Fourth Amendment. (c) United States v. Middleton , 10 M.J. 123 (C.M.A. 1981). Use of drug dogs at health and welfare inspection is permissible. Dog is merely an extension of human sense of smell. (d) See AR 190-12 (4 Jun. 2007), Military Working Dog Program. Drug detector dogs are not to be used to inspect people. See AR 190-12 at para 4-9.c. (2) Flashlights. Texas v. Brown , 460 U.S. 730 (1983). Shining flashlight to illuminate interior of auto is not a search. (3) Binoculars. United States v. Lee , 274 U.S. 559 (1927). Use of field glasses or binoculars is not a search. (4) Cameras. Dow Chemical Co. v. United States , 476 U.S. 227 (1986). Aerial photography with “commercially available” camera was not a search, but use of satellite photos or parabolic microphones or other “high-tech devices” would be a search. (5) Thermal Imaging Devices. Kyllo v. United States , 533 U.S. 27 (2001). Supreme Court ruled that police use of thermal imaging device without a warrant was unreasonable. The thermal imaging device detected higher than normal heat radiating from house. Heat source was lamps used for growing marijuana in private dwelling. The Court found use of thermal imaging device during surveillance was a “search” and, absent a warrant, presumptively unreasonable.

Interception of wire and oral communications.

Communications are protected by the Fourth Amendment. Katz v. United States , 389 U.S. 347 (1967). (1) One party may consent to monitoring a phone conversation. (a) United States v. Caceras , 440 U.S. 741 (1979). A person has no reasonable expectation that a person with whom she is conversing will not later reveal that conversation to police. (b)
United States v. Parrillo , 34 M.J. 112 (C.M.A. 1992). There is no reasonable expectation of privacy as to contents of telephone conversation after it has reached other end of telephone line. (c) United States v. Guzman , 52 M.J. 218 (C.A.A.F. 2000). There are still regulatory requirements for (one-party) consensual wiretapping but exclusion of evidence is not proper remedy except in cases where violation of regulation implicates constitutional or statutory rights.

The “bugged” informant. United States v. Samora , 6 M.J. 360 (C.M.A. 1979). There is no reasonable expectation of privacy where a “wired” informant recorded conversations during drug transaction. (3) Special rules exist for the use of wiretaps, electronic and video surveillance, and pen registers/trap & trace devices. Rules for video surveillance apply if “communications” are recorded. (a) Federal statutes provide greater protections than the Fourth Amendment. See 18 U.S.C. §§ 2510-22, 2701-11, and 3121-27 (2000). The statutory scheme is referred to as the Electronic Communications Privacy Act (ECPA). (i) The ECPA prohibits the unauthorized interception of wire and oral communications. 18 U.S.C. § 2511 (2000). (ii) The ECPA contains its own exclusionary rule in the event of violation. 18 U.S.C. § 2515 (2000). 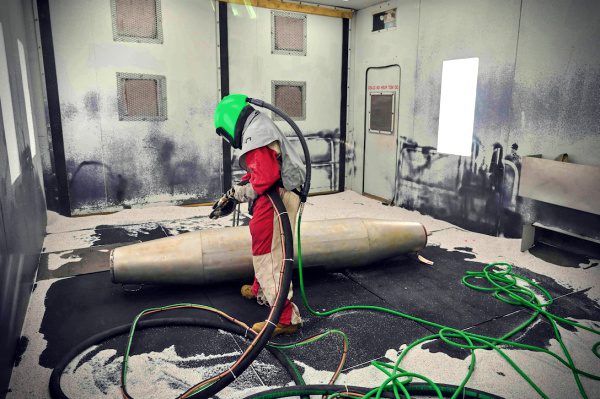 This standard of reasonableness does not require probable cause or a warrant, but the search must be reasonable in its inception and scope. (2) City of Ontario v. Quon , 130 S. Ct. 2619 (2010). Court’s first case on reasonable expectation of privacy (REP) and electronic evidence/digital devices. Issue was a civilian police department search of an officer’s department issued pager transcripts. The 9th Circuit found a REP under the Ortega test because a supervisor’s actions changed the “operational realities” of the department’s policies. The Supreme Court cautioned “[a] broad holding concerning employees’ privacy expectations vis-à-vis employer-provided technological equipment might have implications for future cases that cannot be predicted. It is preferable to dispose of this case on narrower grounds.”

The Court reviewed the 9th Circuit’s REP analysis, but did not decide that issue, but assumed there was a REP. The Court then found the search reasonable under the Ortega “non-investigatory, work-related purpose” test). United States v. Muniz , 23 M.J. 201 (C.M.A. 1987). No expectation of privacy existed in locked government credenza when commander performed search for an administrative purpose. United States v. Craig , 32 M.J. 614 (A.C.M.R. 1991). No expectation of privacy existed in government desk at installation museum where search was conducted by sergeant major.

The Fourth Amendment’s application to the digital world is not always as simple as applying existing “brick and mortar” precedent to the digital world. For all areas involving digital evidence (REP, plain view, child pornography probable cause) be sure to check recent case and the Department of Justice’s current electronic Search and Seizure Manual, located at www.cybercrime.gov/ssmanual/index.html.

Reasonable expectation of privacy found in e-mail communications regarding drug use on a government computer, over a government network, when investigation was conducted and ordered by law enforcement instead of originating with computer network administrator. (This is a narrow holding as USMC log-on banner described access to “monitor” the computer system –not to engage in law enforcement intrusions by examining the contents of particular e-mails in a manner unrelated to maintenance of the e-mail system). (4) United States v. Larson , 66 M.J. 212 (C.A.A.F. 2008). Accused had no Fourth Amendment expectation of privacy in his government computer (distinguishing Long based on facts of case). He failed to rebut presumption that he had no reasonable expectation of privacy in the government computer provided to him for official use. See Mil. R. Evid. 314(d). (5) City of Ontario v. Quon , 130 S. Ct. 2619 (2010). See infra , section on REP and government property. 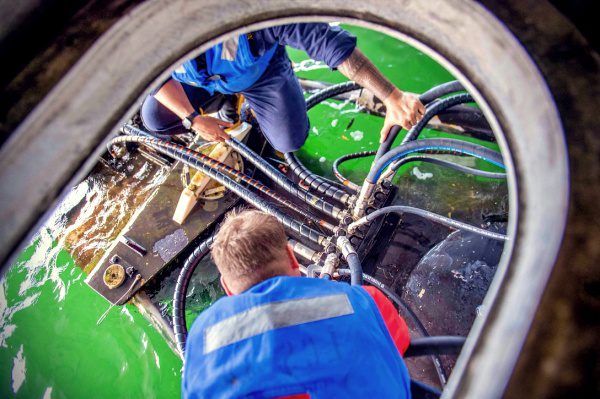