Cities in Idaho where our military defense attorneys represent service members at court martial and in administrative separations: 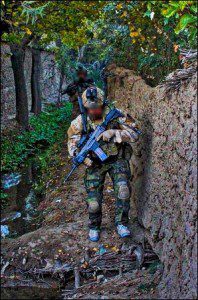 The 366th is unique in that it follows an unconventional air expeditionary mission. The wing is tasked to deploy with all its departments including command, control, computer, communications and intelligence. This means that instead of building a composite wing at a readily deployed site, the 366th is already a composite force trained to be deployed quickly anywhere. Mountain Home is also an alternate landing site for space shuttles.

Whenever we hear a name, the first thought that comes to our mind is that where did this place come from, and we might have the same thought about Idaho State in United States of America which goes way mysterious by its name. But sources say that when Union was considering a state from Rocky Mountains the peculiar lobbyist George M. willing suggested the name Idaho, which meant by him that sun rose from mountains from some Shoshone language but later confessed that he just made up the name which still remains a state.

The geographical locations are surrounded by a Canadian province and six state of America. British Columbia which is province in Canada shares northern border while Montana and Wyoming share the eastern border and the western border is shared with Washington and Oregon and to south it shares its borders with Nevada and Utah. It is a mountain country comprising Rocky Mountains that are famous around the world along with beautiful landscapes and tourist attractions all over the state.

It is the 39th most populated state in United States that has a population of over 1.6 million people. The Boise city is the largest in the state as well as the capital and the River Boise runs through the city as well. The city is loaded with tourist attractions all over and nearby areas. As Idaho falls just between the Nevada and Canada on the mid line it follows two different time zones, one is the Mountain Time zone and the other one is the central time zone which was later corrected as Pacific Time zone. 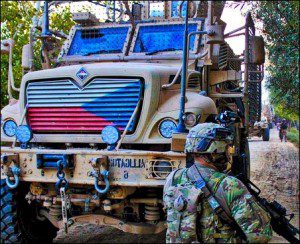 The state border is shared with Canada bordering it along with the provinces of British Columbia and other six states of America, and it is 300 to 400kms away from pacific coast and it exhibits variable climates throughout the state. As it’s a northern state it has to be cold during winter time; however, it exhibits coastal climate with humidity, heat, and not cool as it should be being a northern state. Climatic conditions get reversed in eastern parts of Idaho as winters are dry and the summers are wet.

But still it’s scenic as the landscapes are a feast to the eyes as one of the most famous dry mountain range hails from Idaho that is Rocky Mountains. Other than Rocky Mountains the other tourist attractions are the Yellowstone National Park, saw tooth national recreation centre, the scenic water front at Boise, the zoo etc. There are many more parks and recreation centers in the state. The state offers ample of recreational activities including white water rafting and many other family oriented activities as well. The state also offers of the various sorts of museums that have been devoted to geological activities, one of the core attractions of the states tend to be the high number of parks which are visited by thousands of tourists.

There are two major base stations of United states military in Idaho they are Gowen field air national guard base and mountain home air force base. Idaho also had cottonwood air force station which was located in cottonwood butte almost 6km from cottonwood in Idaho County and later in 1965 it was closed and transferred to Idaho state as correctional facility for minimum security and working as it is till date.

It also has a United States air force installation in south-western part of Idaho with the base in Elmore County almost 20km from mountain home city which is almost 50 to 60km from Boise the capital city if travelled interstate. It was 366th fighter wing since 1972 part of combat commands air strikers also called as gum fighters. It was set up as a base for support combat operations and sustains contingency strikes and also for air power combat. It was left abandoned for almost three years till 1948 when United States air force opened it once again. These historic military stations played an important role in civil and world wars in history.