Accused’s Rights in a Military Court-Martial

RCM 903(b)(2). United States v. Turner, 47 M.J. 348 (C.A.A.F. 1997). Where the military judge fully explained the accused’s rights as to forum, and military defense lawyer stated at trial that the accused wished to be tried by military judge alone, it was error for the accused not to state his election either in writing or orally on the record. However, the facts of the case showed substantial compliance with Article 16, UCMJ, and no material prejudice to the substantial rights of the accused.

Request for trial before members

RCM 903(b)(1). United States v. Alexander, 61 M.J. 266 (C.A.A.F. 2005). The military judge advised the accused of his forum selection rights, which the accused requested to defer. Later, the military judge stated that he was told an enlisted panel would be hearing the case, and the defense did not object to the judge’s statement. The accused, however, failed to state in writing or on the record his request for enlisted members in violation of Article 25, UCMJ, and RCM 903(b)(1).

The CAAF held that the error in the accused failing to personally select forum on the record is a procedural, as opposed to the jurisdictional, issue. The court stated, “[the] right being addressed and protected in Article 25 is the right of an accused servicemember to select the forum[,] . . . [t]he underlying right is one of forum selection, not the ministerial nature of its recording.” The CAAF held that the record reflected that the accused selected court-martial by panel members. The accused failed to show that the error in recording his forum selection resulted in any prejudice.

United States v. Morgan, 57 MJ 119 (CAAF 2002) (military judge erred by not obtaining on record defendant’s request for enlisted members to serve on the court-martial, but the error was not jurisdictional, and under the circumstances, it did not materially prejudice substantial rights of defendant) 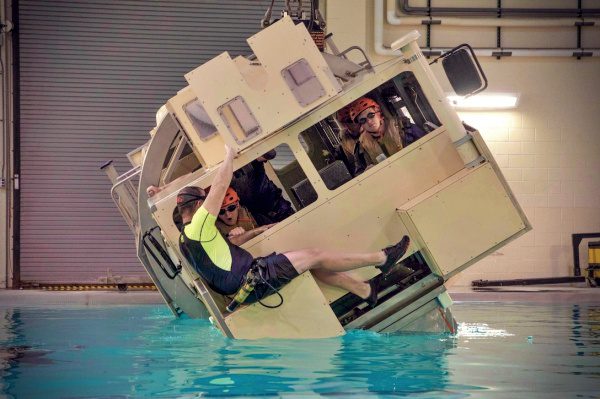 In the United States v. Daniels, 50 MJ 864 (A. Ct. Crim. App. 1999). Where accused was tried by enlisted members, and there was no evidence on the record reflecting personal forum selection. Here, the military judge adequately found jurisdiction in an ACCA-ordered DuBay hearing, which established that accused had discussed her forum choices with her military defense lawyer. Before the court assembly, she had decided to elect trial by an enlisted panel and that her military defense lawyer had then presented a document to TC stating that the accused requested an enlisted panel. Failure to elicit forum selection on the record was a technical defect in the application of Article 25, a defect that, as was clear from the DuBay hearing, did not prejudice the substantial rights of the accused.

The accused shall be considered to have waived the right to be present if after initially present he/she (1) voluntarily absents self after arraignment, or (2) is removed for disruption. For requirements of a valid arraignment, see RCM 904.

United States v. Sharp, 38 M.J. 33 (C.M.A. 1993). Notice to accused of the exact trial date or that trial may continue in his absence, while desirable, is not a prerequisite to court-martial trial in absentia. The burden is on the defense to go forward and refute the inference of a voluntary absence. The military judge must balance public interest with the right of the accused to be present.

United States v. Price, 43 M.J. 823 (A. Ct. Crim. App. 1996), rev’d, 48 M.J. 181 (C.A.A.F. 1998). Trial in absentia is not authorized when a military judge fails to conduct a proper arraignment. Reversing the ACCA, the CAAF stated that when the military judge asked the accused whether charges should be read but failed to call upon the accused to plead, this constituted a defective arraignment.

A waiver by voluntary absence will not operate to authorize trial in absentia if arraignment is defective, particularly considering that Global Military Justice Reform Blog military judge failed to also inform the accused that trial would proceed in the accused’s absence. See generally RCM 904 (“Arraignment . . . shall consist of reading the charges and specifications to the accused and calling on the accused to plead.”).

See also United States v. Thrower, 36 M.J. 613 (A.F.C.M.R. 1993). While giving an unsworn statement during sentencing, the accused succumbed to the effects of sleeping pills he took earlier. The military defense lawyer gave the remainder of the statement. The court held it to be a voluntary absence.

United States v. Mix, 35 M.J. 283 (C.M.A. 1992). Before approving the accused’s request to proceed pro se, RCM 506(d) requires a finding that the accused understands: (1) the disadvantages of self-representation and; (2) if the waiver of military defense lawyer was voluntary and knowing. The opinion includes an appendix of suggested questions.

Iowa v. Tovar, 541 U.S. 77 (2004). Before proceeding pro se at a guilty plea, the Sixth Amendment is satisfied if the trial court “informs the accused of the nature of the charges against him, of his right to be counseled regarding his plea, and of the range of allowable punishments attendant upon the entry of a guilty plea.” Warnings that: “(1) advise the defendant that waving the assistance of a military defense lawyer in deciding whether to plead guilty [entails] the risk that a viable defense will be overlooked; and (2) admonishing the defendant that by waiving his right to an attorney he will lose the opportunity to obtain an independent opinion on whether, under the facts and applicable law, it is wise to plead guilty” are not required by the Sixth Amendment.

Godinez v. Moran, 509 U.S. 389 (1993). Supreme Court says the standard of competence to proceed pro se is no different than that required for an accused to stand trial. However, military appellate courts appear to imply a higher level of competence for the accused to waive a military defense lawyer. See also the United States v. Freeman, 28 MJ 789 (NMCMR 1989) Higher standard of competence must exist for an accused to waive a military defense lawyer and conduct his defense than would be required to merely assist in his defense. the United States v. Streater, 32 MJ 337 (CMA 1991) The accused was competent to represent himself and to defend himself.

RCM 506(b); Article 38(b), UCMJ; AR 27-10, para 5-7; United States v. Spriggs, 52 M.J. 235 (C.A.A.F. 2000). Suppose an individual military defense lawyer’s request has been denied, and the defense claims improper severance of an attorney-client relationship. In that case, the defense bears the burden of demonstrating that the accused had a viable ongoing attorney-client relationship regarding the substance of the charges.

The Government is not required to demonstrate good cause but must demonstrate that the other criteria warrant disregarding the relationship under the circumstances. Absent Government misconduct, the routine separation of a judge advocate from active duty normally terminates any attorney-client relationship established based on the attorney’s military status, except when: (1) the attorney agrees to represent the client in his or her civilian capacity; or (2) the attorney enters the reserves and is ordered to represent the client to the extent permitted by applicable law based upon a determination by the appropriate official of reasonable availability.

United States v. Wiest, 59 M.J. 276 (C.A.A.F. 2004). The military judge abused his discretion in denying the defense request for a delay to obtain a civilian military defense lawyer. “It should . . . be an unusual case, balancing all the factors involved, when a judge denies an initial and timely request for a continuance to obtain civilian military defense lawyer, particularly after the judge has criticized appointed military defense attorney.” Applying the Miller factors below, the court held that the judge erred and set aside findings and sentences.

United States v. Weisbeck, 50 M.J. 461 (C.A.A.F. 1999). In 1994, the accused was tried by GCM for sexually assaulting two teenaged brothers, and he was acquitted. The key to the defense case in the 1994 court-martial was a psychiatric expert. In 1995, the accused was charged with offenses relating to two other adolescent boys at another installation. The military judge ruled the two boys from 1994 could testify under MRE 404(b). The civilian attorney from the 1994 court joined the defense team for the 1995 case in October, then requested a delay to permit the attendance of the psychiatric expert used in the 1994 court. The military judge denied this request, and the CAAF held that this was an error and that the defense request was not unreasonable. Findings and sentences set aside. 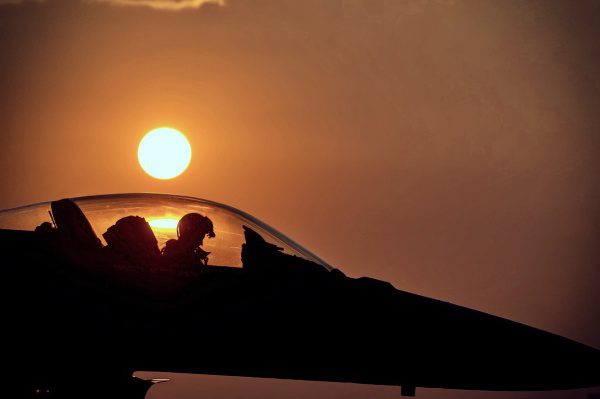