United States v. Griffith, 27 M.J. 42 (C.M.A. 1988). “Consistent with our conclusion … that Congress intended for a military judge to have the power to conduct post-trial proceedings until authentication of the record has taken place, we are convinced that … before authenticating the record of trial … he may take remedial action on behalf of the accused without awaiting an order therefor by an appellate court.”

United States v. Scaff, 29 M.J. 60 (C.M.A. 1989). Article 39(a) empowers judge to convene post-trial session to consider newly discovered evidence and to take remedial action. This empowers the military judge, in proper cases, to set aside findings of guilt and sentence. If the CA disagrees, the only remedy is to direct trial counsel to move for reconsideration or to initiate Government appeal.

United States v. Mahoney, 36 M.J. 679 (A.F.C.M.R. 1993). Chief Judge for Air Force sixth judiciary circuit did not usurp power by convening a post-trial session to inquire into possible improper command intervention after commander accused into confinement, contrary to order of military judge after court-martial. Chief Judge did not usurp power by reducing accused’s sentence by 18 months as remedy for commander’s intervention.

United States v. Meghdadi, 60 M.J. 438 (C.A.A.F. 2005). Military judge denied defense request for a post-trial Article 39(a) based on newly discovered evidence, specifically an audiotape. Accused’s conviction centered on distributing cocaine, based on testimony by CID agent and CID informant. Defense argued at trial that CID agent was trying to make several drug cases to advance his career and that the informant lied to obtain a sentencing deal offered by CID. After the accused’s trial and during the CID informant’s trial, an audiotape surfaced lending credence to the accused’s defense theory.

CAAF held the military judge abused his discretion by denying the Article 39(a) session which resulted in prejudice to the accused because of the failure “to afford [the accused] a forum in which to make his case.” The CAAF stated “the [military judge] misapprehended the purpose of the Article 39(a) session, made factual findings that are not supported by the record, applied an erroneous legal standard, misperceived the evidentiary value of the audiotape, and made no record of any weighing of the new evidence against the evidence at trial, either on the merits or in sentencing.”

United States v. Chisholm, 58 M.J. 733 (A. Ct. Crim. App. 2003), aff’d, 59 M.J. 151 (C.A.A.F. 2003). Military judges, as empowered by Congress and the President, have both a duty and a responsibility to take active roles in “directing” the timely and accurate completion of court-martial proceedings. After adjournment, but prior to authentication of the record of trial, military judge must ensure that Government is proceeding with due diligence to complete the record of trial as expeditiously as possible, given the totality of the circumstances of that accused’s case. 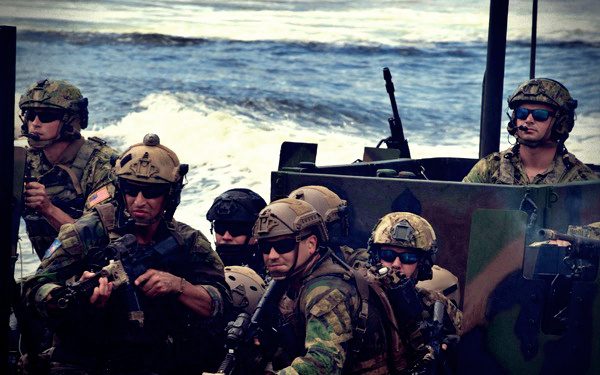 If the military judge determines that the record preparation is proceeding too slowly, he may take remedial action without awaiting an order from the intermediate appellate court. The exact nature of the remedial action is within the sound judgment and broad discretion of the military judge, but could include, among other things: (1) directing a date certain for completion of the record with confinement credit or other progressive sentence relief for each day the record completion is late; (2) ordering the accused’s release from confinement until the record of trial is completed and authenticated; or, (3) if all else fails, and the accused has been prejudiced by the delay, setting aside the findings and the sentence with or without prejudice as to a rehearing. Staff judge advocates and convening authorities who disregard such remedial orders do so at their peril.

United States v. Lepage, 59 M.J. 659 (N-M. Ct. Crim. App. 2003). Military judge committed plain error by admitting record of Article 15 into evidence. He determined that admitting the exhibit was erroneous in a post-trial 39(a) session, and that the erroneously-admitted exhibit was considered by the court in arriving at a sentence. However, military judge failed to take corrective action during that hearing, and recommended that the convening authority disapprove the Bad-Conduct Discharge; convening authority declined to follow recommendation. Held, “This case should not even be before us for review . . . the military judge had the authority under RCM 1102(b)(2) to take corrective action.”

United States v. Pulido, No. 20011043 (A. Ct. Crim. App. Mar. 19, 2004). Findings and sentence set aside due to lack of properly authenticated or approved findings of guilty. Prior to authenticating the record, the military judge “corrected” her original announced findings (Of all charges and specifications: Guilty) to partially reflect the actual plea received in the case to one charge and its specification. The actual plea received on one Charge was by exceptions and substitutions.

The amended findings neglected to reflect an announcement of guilt on a separate charge to which the accused had pled guilty. “Article 53, UCMJ, and RCM 922(a) require that the court-martial announce its findings to the parties promptly, in an open court, after they have been determined” (emphasis in original). Because the verdict was ambiguous, there was material prejudice to the accused’s substantial rights. Military judge’s options included:  reviewing tapes to determine whether she announced the reported findings; if record inaccurately reported findings, she should not have authenticated it; returning record of trial to trial counsel for further examination and correction; directing proceedings in revision to correct error, so long as accused suffered no material prejudice. 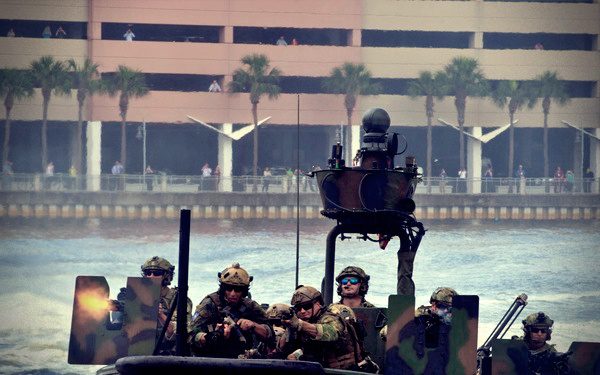 United States v. Mayfield, 45 M.J. 176 (C.A.A.F. 1996). The absence of a written or oral request for trial by military judge alone did not establish a substantial matter leading to jurisdictional error based on the dialogue at trial, the absence of a defense objection, and accused’s post-trial Article 39(a) confirmations of his desire to be tried by judge alone. A post-trial session is permissible to cure jurisdictional errors created by the failure to obtain an accused’s request for trial by military judge alone. Conviction affirmed.

United States v. Turner, 47 M.J. 348 (C.A.A.F. 1997). A written request for trial by military judge alone, which counsel made and submitted before trial, and then confirmed orally at an Article 39a session with the accused, present substantially complies with Article 16, UCMJ. While the military judge erred in failing to obtain an oral statement of selection of the forum from the accused, the error did not materially prejudice the accused.

United States v. Seward, 49 M.J. 369 (C.A.A.F. 1998). An accused’s forum request from a previous court-martial that was terminated by mistrial cannot be used to support a forum request at a subsequent court-martial. However, accused suffered no prejudice under Article 59 because his request for trial by military judge alone was apparent from the pretrial agreement (forum selection was a term), and there was a written request for the same even though offered after completion of the sentencing proceedings.

United States v. Alexander, 61 M.J. 266 (C.A.A.F. 2005). Military judge advised the accused of his forum selection rights, which accused requested to defer. During a later proceeding, military judge stated that he was told an enlisted panel would be hearing the case and defense did not object. The accused, however, failed to state in writing or on the record his request for enlisted members in violation of Article 25, UCMJ and RCM 903(b)(1). The CAAF held that the error in the accused failing to personally select forum on the record is a procedural, as opposed to jurisdictional, issue. The court stated “[the] right being addressed and protected in Article 25 is the right of an accused servicemember to select the forum[,] . . . [t]he underlying right is one of forum selection, not the ministerial nature of its recording.” The CAAF held that the record reflected that the accused selected court-martial by panel members and the accused failed to show that the error in recording his forum selection resulted in any prejudice. 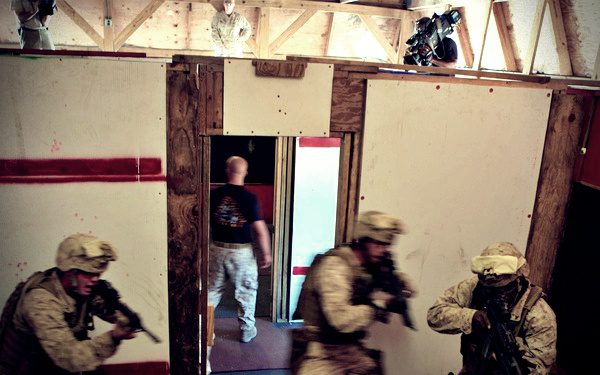 United States v. Goodwin, 60 M.J. 849 (N-M. Ct. Crim. App. 2005). Accused failed to state in writing or orally on the record his request for a judge alone trial as required by Article 16, UCMJ. Military judge failed to advise the accused of his forum rights and the only evidence of his intent existed was a single sentence in the pretrial agreement, to request trial by judge alone (a term the military judge failed to discuss with the accused). N-MCCA held the failure to advise the accused of his forum rights did not substantially comply with Article 16, UCMJ, and found the error was not harmless. Findings and sentence set aside.

United States v. Follord, No. 20020350 (A. Ct. Crim. App. Feb. 15, 2005). The accused, a CW2, did not make a knowing and voluntary waiver of his statutory right to trial by five officer members because of the following errors: (1) his executed PTA erroneously listed one of his three forum options as a trial by one-third enlisted, (2) his request for military judge alone stated that any trial composed of officers would be “not of his unit,” and (3) military judge advised the accused that if he requested officer members at his general court-martial that the panel must comprise “at least three members.” The court stated the host of errors “constitutes a lack of substantial compliance with Article 16, UCMJ.” Findings and sentence set aside.

United States v. Jungbluth, 48 M.J. 953 (N-M. Ct. Crim. App. 1998). Accused pled guilty to wrongful use of marijuana on divers occasions before a properly assemble court consisting of a panel of officer members. A military judge was forced to declare a recess after the TC became ill. At the next session of court the parties presented the military judge with a PTA. Under the PTA, the military judge dismissed the officer panel, conducted a providence inquiry, entered findings, and adjudged a sentence. A military judge can lawfully approve a request for trial by military judge alone after assembly if justified by the circumstances. RCM 903 does not expressly prohibit approval of after assembly forum requests, and in this case, military judge approved the request under the terms of a pretrial agreement. The agreement was mutually beneficial to both sides and the accused suffered no prejudice.

United States v. Webster, 24 M.J. 96 (C.M.A. 1987). Denial of a timely motion for trial by judge alone cannot be based on judge’s desire to discipline counsel nor to provide court members with experience.

United States v. Edwards, 27 M.J. 504 (C.M.A. 1988). Once military judge ruled he was not disqualified from hearing case, he abused his discretion by denying accused right to trial by judge alone, as requested.

United States v. Kosek, 46 M.J. 349 (C.A.A.F. 1997). The Air Force did not violate a CAAF remand order by substituting a new military judge at accused’s court-martial after the CAAF ordered that the record be returned to the “military judge” for reconsideration.