The US Army Trial Judiciary Standard Operating Procedure encourages military judges to conduct a “post-trial critique” one-on-one with counsel after trial to improve trial skills. This practice can be problematic and judges should limit such discussions to trial advocacy tips as opposed to substantive matters. See United States v. Copening, 32 M.J. 512 (A.C.M.R. 1990) (suggesting “Bridging the Gap” may need reevaluation in light of issues arising concerning discussions by trial judges of legal issues that may come before them in future cases; ex parte discussions with counsel about the conduct of the trial; and discussions with counsel before the trial is final about rulings in the case).

United States v. McNutt, 62 M.J. 16 (C.A.A.F. 2005). Military judge revealed during the “Bridging the Gap” session that he framed accused’s sentence to take into account good time credit. Military judge sentenced the accused to seventy days with the idea that the accused would receive ten days good time credit and would serve sixty days of confinement. CAAF reversed the sentence, finding the military judge improperly considered the collateral administrative effect of good time credit. “Sentence determinations should be based on the facts before the military judge and not on the possibility that [the accused] may serve less time than he was sentenced to based on the Army’s policy.”

Improper comments about the accused

United States v. Hayes, NMCCA 200600910, 2010 WL 4249518 (N-M. Ct. Crim. App. Oct. 28, 2010). Male accused pled guilty to indecent acts with another male in the barracks. Military judge made comments during a post-trial “bridging the gap” session with counsel that suggested a bias against homosexual conduct. In a unanimous decision, the N-MCCA found the military judge’s comments created an appearance of bias that mandated disqualification; the court affirmed the findings and set aside the accused’s sentence. Based on a DuBay hearing convened, the court found the following about the military judge’s actions at trial and during “Bridging the Gap”: 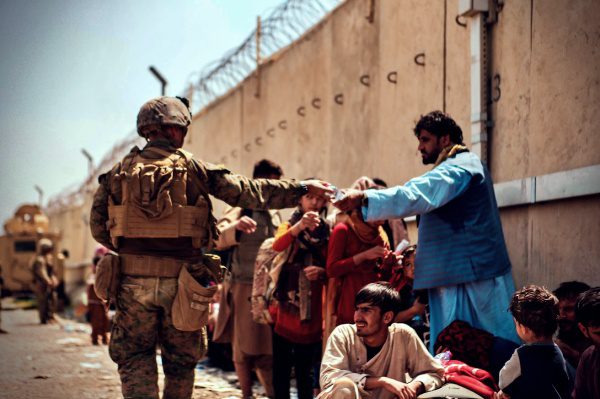 During a post-trial “Bridging the Gap” session, the military judge made the following comments relevant to the case: (1) “Marines should not be required to live in the barracks with people like Seaman Hayes.”; (2) “[H]omosexuality has no place in our Armed Forces.”; (3) There is a rational basis for the “don’t ask, don’t tell” (DADT) policy and “homosexual acts are incompatible with the service.”; (4) Regarding DADT, homosexual conduct presents leadership challenges as males are less cautious than females, so homosexual males have a “continuing opportunity” to take advantage of other males. Relying on R.C.M. 902(a), which requires recusal when the military judge’s impartiality “might reasonably be questioned,” the court noted the appearance of bias was sufficient to warrant judicial disqualification.

Military judge commented about “people like Seaman Hayes” while making other comments that homosexuality is incompatible with “our Armed Forces.” The N-MCCA reasoned the judge’s use of terms like “our” and “people like” – coupled with his comments about the possible increased rate of sexual assaults if homosexual Sailors and Marines lived in the barracks – would cause a reasonable listener to believe the judge did not properly “compartmentalize” his beliefs when adjudging the sentence. Specifically, comments suggest the military judge believed punishment in this case must include a punitive discharge. “The perception that a military judge has pre-determined a certain punishment for a certain act or crime is, simply, unacceptable.”

For military judges who elect to conduct “Bridging the Gap” sessions, consider the following: