Assess whether the judge’s questions assist either side of the case. The number of questions is not a significant factor, but the tenor of those questions will be. United States v. Johnson, 36 M.J. 866 (A.C.M.R. 1993).

United States v. Foster, 64 M.J. 331 (C.A.A.F. 2007). The accused, convicted of committing an indecent act against his daughter, argued on appeal that the military judge failed to remain impartial in his conduct toward their expert witness by: (1) limiting their expert’s testimony, (2) questioning their expert, (3) failing to instruct the members that their expert was an expert and inaccurately summarizing her testimony, and (4) making inappropriate comments about their expert outside the panel’s presence.

The CAAF stated that a strong presumption exists that a military judge’s trial conduct is impartial and “the test is whether, taken as a whole in the context of [the] trial, [the] court-martial’s legality, fairness, and impartiality were put into doubt by the military judge’s actions.” The court held that the military judge’s conduct, especially in relation to the inappropriate comments, departed from judicial propriety but “a reasonable observer would conclude that in the context of the whole trial, his actions did not compromise the court-martial’s legality, fairness, or impartiality.”

United States v. Acosta, 49 M.J. 14 (C.A.A.F. 1998). Accused was convicted of wrongful distribution and use of methamphetamine. Defense case was based on entrapment. Defense cross examination resulted in Government witness stating that he put undue pressure on the accused to purchase drugs.
When trial counsel failed to elicit the entrapment-negating information, military judge asked the witness 89 questions about the accused’s prior uncharged misconduct relating to a drug transaction that predated the drug offenses that were the basis of the court-martial. Held: no error. The law provides the military judge with wide latitude in asking questions of witnesses. The military judge has a right, equal to counsel’s, to obtain evidence. Here, the information was clearly rebuttal evidence that was admissible once the defense raised the entrapment defense.

United States v. Watt, 50 M.J. 102 (C.A.A.F. 1999). The military judge abandoned his impartial role when he ruled the accused could not respond to a question from the members (he had been asked “What reason did you have to believe she would have sex with you?” His answer would have been that the complainant had a “reputation for being easy.”). The military judge then repeatedly asked the accused the question, and allowed TC to badger him with similar questions. Accused repeatedly stated that he could not answer the question asked. Counsel then implied in closing that accused knew he had no reason to believe complainant would not have sex with him, as opposed to a simply inadmissible one. Accused “was left to defend himself without assistance” from defense or military judge. 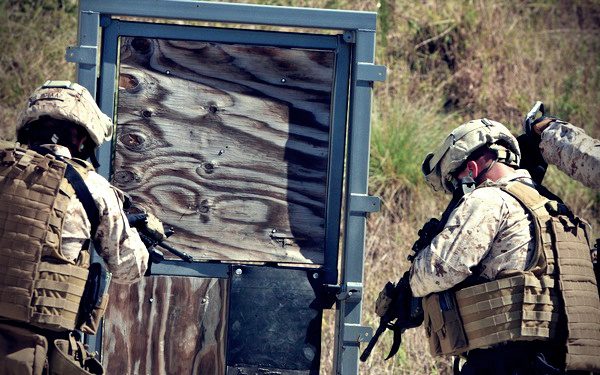 Intemperate comments from the bench

[I]f this case does come, you know, back three or four months from now I will be the military judge in the case . . . that is going to hear the facts in the future including the [first sergeant]’s testimony if they believe the statements should be admissible. But if you want to appeal you are welcome to. Is that your final decision, Government? I just want to make sure.

The ACCA found that these “gratuitous comments” called into question the perception of fairness and impartiality of the military judge. The court noted that R.C.M. 902(a) directs recusal when a military judge’s “impartiality might reasonably be questioned” (emphasis added by the court). While ACCA did not actually determine the military judge should be recused, the court opined “his comments suggest he prejudged the Government’s evidence, and intimated the futility of appealing his decision in light of his anticipated role as ultimate fact finder.” The court concluded: “We find his comments intemperate, injudicious, and inconsistent with the impartial role he is to play in the court-martial, creating at least the perception of unfairness to the parties, potentially undermining public confidence in his judicial role.”

United States v. Todd, No. 200400513, 2007 CCA LEXIS 237 (N-M. Ct. Crim. App. Jul. 9, 2007) (unpublished). During the trial, the military judge made several “injudicious” comments to witnesses, counsel, and even potential panel members. The military judge even referred to the convening authority’s conduct in the case as “imbecilic.” The N-MCCA characterized his statements as “needless comments,” “incessant sarcasm,” and “pompous condescension.”

The N-MCCA cautioned that military judges should be “patient, dignified, and courteous to litigants, jurors, witnesses, lawyers, and others . . . [and the court] will not tolerate incivility by a military judge toward any trial participant, and that includes counsel.” However, the court concluded that “[w]hile we do not condone that inappropriate comments made by the military judge, in the context of the entire trial, the legality, fairness, and impartiality of the court-martial were not put in doubt.” Affirmed.

United States v. Sanford, No. 200500993, 2006 CCA LEXIS 303 (N-M. Ct. Crim. App. Nov. 6, 2006) (unpublished). During a motion to suppress incriminating statements made to “Capt M,” military judge did not have enough evidence to rule and notified the parties that he wanted to call three witnesses who had also given statements to Capt M in order to discern the procedures Capt M used to interview witnesses. The military judge questioned the witnesses and offered counsel an opportunity to question them. On appeal, the defense claimed that the military judge “abandon[ed] his neutral role in resolving the . . . motion to suppress.” 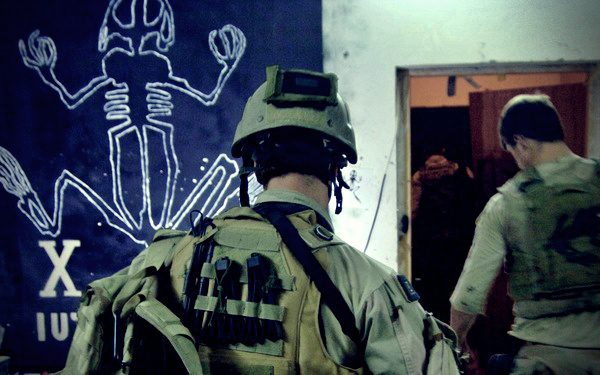 The court noted that under Article 46, UCMJ and MRE 614, the military judge is permitted to call or recall witnesses and has wide latitude in questioning witnesses. As such, the military judge did not abandon his neutral role, as his efforts in calling the witnesses were an attempt to clarify the facts pertaining to the defense motion. The court concluded that “a reasonable person observing the . . . court-martial would not doubt its fairness or the impartiality of the military judge.” See also United States v. Johnson, No. 36433, 2007 CCA LEXIS 127 (A.F. Ct. Crim. App. Mar. 29, 2007) (unpublished) (the military judge did not abandon his impartial role when he questioned a defense witness (also a co-actor) about what sentence the co-actor received in his own trial when the defense did not object and the answer favored the defense).

United States v. Hernandez, No. 200501599, 2007 CCA LEXIS 183 (N-M. Ct. Crim. App. Jun. 12, 2007) (unpublished) (the military judge did not become a “partisan advocate when he ‘ask[ed] clearly incredulous impeaching questions’ of the appellant’s mother who was a defense witness” because the defense did not object or move to disqualify the military judge and “a reasonable person . . . would not have doubted the military judge’s impartiality or the legality or fairness of the trial.”).

United States v. Paaluhi, 50 M.J. 782 (N-M. Ct. Crim. App. 1999), rev’d on other grounds, 54 M.J. 181 (C.A.A.F. 2000). Military judge did not abandon his impartial role despite accused’s claims that the judge detached role and became a partisan advocate when his questions laid the foundation for evidence to be admitted against the accused and when he instructed the accused to assist the Government to procure the presence of the prosecutrix.

United States v. Morgan, 22 M.J. 959 (C.G.C.M.R. 1986). Military judge overstepped bounds of impartiality in cross-examining accused to obtain admission of knife, which trial counsel had been unsuccessful in obtaining  admission. But see United States v. Zaccheus, 31 M.J. 766 (A.C.M.R. 1990) (holding military judge’s assistance in laying foundation for the admission of evidence was not error; actions did not make the judge a partisan advocate.).

Assistance to a party

United States v. Felton, 31 M.J. 526 (A.C.M.R. 1990). Military judge should not have advised trial counsel on the order of challenges during voir dire.

United States v. Hurst, No. 200401383, 2007 CCA LEXIS 56 (N-M. Ct. Crim. App. Feb. 8, 2007) (unpublished) (holding that military judge did not abandon his impartial role by alerting the Government that they had failed to introduce evidence that two orders had been properly published, or by allowing Government to reopen the case over defense objection when the deficiency was a mere technical one and an earlier evidentiary ruling may have created confusion in the status of the evidence the military judge would consider). 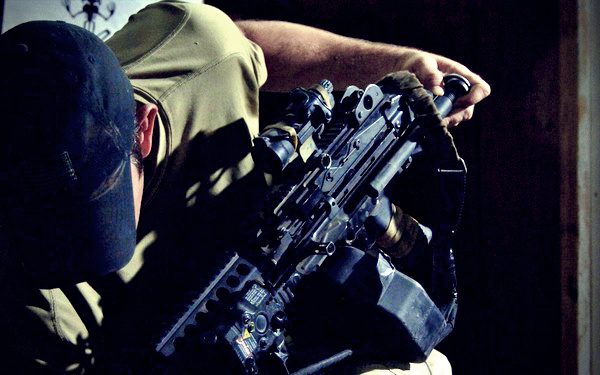 United States v. Cooper, 51 M.J. 247 (C.A.A.F. 1999). Military judge said in front of members that defense counsel had “thank[ed] [him] for helping perfect the government’s case” through questions of a Government witness. Military judge also commented disparagingly on the poor quality of the defense counsel’s evidence, a videotape made by the accused’s wife. These comments did not plainly cause him to lose his impartiality or the appearance of his impartiality. Because the defense did not object to the comments, CAAF applied a plain error analysis, and found the judge’s questions (which led to the “perfect the government’s case” comment) were not improper.

United States v. Green, 64 M.J. 289 (C.A.A.F. 2007). Prior to announcing the sentence, military judge provided the accused an explanation for the adjudged sentence. He referenced the Bible and other religious principles. On appeal, accused claimed that the military judge demonstrated an impermissible bias by interjecting his own religious views into the sentencing process. Claims of judicial bias are evaluated to determine, “in view of the sentencing proceeding as a whole, whether a reasonable person would doubt the court-martial’s legality, fairness, and impartiality.”

The court found that if there was any error, it was harmless based on several factors. First, the sentence did not “reflect prejudicial consideration of extraneous factors.” Second, the defense first introduced the subject of religion during sentencing. Third, the military judge expressly stated that “he would not consider the [accused’s] fealty to his religious tenets as a sentencing factor.” Fourth, the defense did not object to the military judge’s remarks. Lastly, the remarks focused primarily on proper sentencing principles and only incidentally referenced religion. Therefore, military judge’s remarks did not reflect any bias in this case.

United States v. Burton, 52 M.J. 223 (C.A.A.F. 2000). None of the military judge’s questions reflected an inflexible predisposition to impose a bad-conduct discharge. The military judge imposed only 30 days’ confinement, well below the jurisdictional limit of the court-martial and the maximum punishment for the offense.

United States v. Figura, 44 M.J. 308 (C.A.A.F. 1996). Military judge did not become de facto witness for prosecution when during sentencing he gave members summary of accused statements during providence inquiry. Defense and Government agreed to have military judge give summary, rather than introduce evidence through transcript or witness testimony.

United States v. Ettinger, 36 M.J. 1171 (N.M.C.M.R. 1993). Although remarks by military judge may demonstrate prejudice sufficient to constitute bias, accused must be a member of that class in order for comments to be disqualifying.

United States v. Thompson, 54 M.J. 26 (C.A.A.F. 2000). Military judge did not depart from his impartial role despite issuing numerous adverse rulings against defense, taking over questioning from counsel, shutting off presentations, expressions of impatience and exasperation with counsel, and the making of condescending or berating comments about counsels’ performance. Defense counsel repeatedly alluded to being “ineffective” or being forced into providing ineffective representation.

Civilian defense counsel requested that the military judge recuse himself under RCM 902(a), 902(b)(1), 905. Military defense counsel became tearful and complained she would think twice before raising an issue. Military judge countered “you need to investigate…a new line of work.” While court noted much of the blame breakdown between parties “stems from the military judge’s inappropriate and intemperate remarks to counsel on the record,” CAAF found military judge’s actions were not so unreasonable that he abandoned his impartial role. Nevertheless, case returned to the Court of Criminal Appeals to order affidavits from both civilian and military defense counsel or to order a DuBay hearing on issue of ineffective assistance of counsel.