An overview of the qualifications to be a military judge

Military judge shall be a commissioned officer who is a member of the bar of a Federal court or the highest court of a State and who is certified to be qualified for duty as a military judge by TJAG.

Member of a bar

Issue: Does this mean reservists can try GCM and SPCMs? Generally, no. Only military judges assigned directly to TJAG and TJAG’s delegate (Trial Judiciary) may preside at GCMs. AR 27-10, paras. 8-1(c)(2), 8-2(a).

Detail is a ministerial function to be exercised by the Chief Trial Judge, U.S. Army Judiciary, or his or her delegate. The order detailing military judge must be in writing, included in the record of trial or announced orally on the record.

Detailing in a joint environment. Military judges are normally detailed according to the regulations of the “Secretary concerned.” In a joint environment, there is no “Secretary concerned.” See Captains William H. Walsh and Thomas A. Dukes, Jr., The Joint Commander as Convening Authority: Analysis of a Test Case, 46 A.F. L. Rev. 195 (1999). Detailing should be agreed upon by convening authority, SJA, and defense. Id.

United States v. Walker, 60 M.J. 354 (C.A.A.F. 2004). In a capital case, the CAAF granted the accused’s motion for extraordinary relief regarding the composition of judges on his N-MCCA panel. In 1995, the accused’s case was assigned to the N-MCCA panel 3. Over the years the composition of panel 3 changed resulting in the presence of only one judge in the spring of 2004. Most N-MCCA judges, to include the Chief Judge, were disqualified in the case. Based on the Chief Judge’s disqualification the TJAG under Article 66, UCMJ selected a new Chief Judge to handle the accused’s case.

United States v. Lane, 64 M.J. 1 (C.A.A.F. 2006). A Member of Congress may not serve as an appellate judge for a service court because of the Ineligibility and Incompatibility Clauses of the United States Constitution. The CAAF reasoned that no Person holding any office under the United States [i.e., a service court judicial position] should simultaneously serve as a Member of either House during his Continuance in Office. In the case, Senator Lindsey Graham, a reserve military judge on the AFCCA, was challenged. 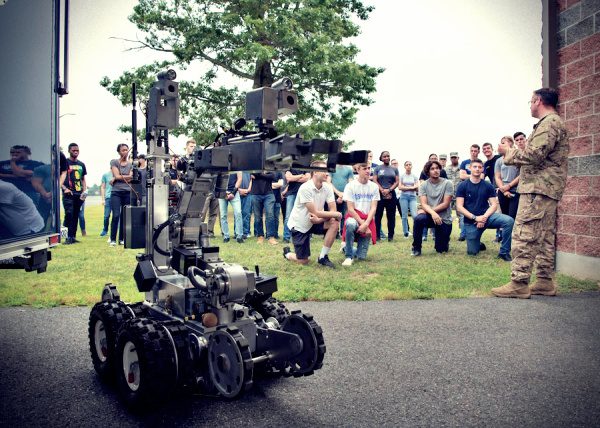 United States v. Paulk, 66 M.J. 641 (A.F. Ct. Crim. App. 2008). Accused, an Air Force officer, pled guilty to several offenses and was sentenced to confinement for 30 days and a dismissal. On appeal, the defense argued that the Equal Protection component of the Fifth Amendment’s Due Process Clause was violated because the military judge and the appellate judges serve without a fixed term of office, while those in the Army and Coast Guard judiciary enjoy such protection by regulation. “Essentially, the appellant is saying that either all or none of the services should have fixed terms, but the mixed bag currently existing violates constitutional imperatives of equal protection.” The court rejected the defense argument.