On the morning of May 9, a group of soldiers from the 101st Airborne Division arrived in a remote desert area of western Iraq for a dangerous mission: taking out an insurgent training camp.

What happened then has become the subject of intense dispute.

Military prosecutors last month accused four soldiers in the unit of releasing three Iraqi men they captured that day, only to kill them. The soldiers have been charged with premeditated murder, a capital offense.

Lawyers for the soldiers deny that they released the detainees. They say the soldiers fired only after the Iraqis tried to break free and attack them.

But the lawyers are also making a more startling claim: that the soldiers were given explicit orders before the raid to “kill all military-age males” they encountered.

The lawyers say that two senior officers — a colonel and a captain — have acknowledged that they gave that order, as have other men in the same company.

Military officials in Baghdad declined to comment on the alleged order, first reported by The Associated Press, saying that the investigation was continuing.

An order to kill all military-age men would be “clearly unlawful, and any officer giving it would be liable for any action taken,” said Gary D. Solis, a former military judge and prosecutor who teaches the law of war at Georgetown University.

He said that he found it impossible to believe such an order was given.

The lawyers, Paul Bergrin and Michael Waddington, also said that after the soldiers captured the three Iraqis, a sergeant in the company asked over the radio why they had done so, instead of killing the Iraqis as they had been told to do.

The accused soldiers — Staff Sgt. Raymond L. Girouard, Specialist William B. Hunsaker, Pfc. Corey R. Clagett and Specialist Juston R. Graber — are among 16 American service members who have been charged with murder in Iraq in the past two months.

It was only later, he said, that a soldier came forward to say that he had witnessed the soldiers devise a plot to release the detainees and then kill them. The four are also charged with threatening a fellow soldier with death if he reported their actions.

The raid that led to the killings took place on an island in a canal near the Syrian border, northwest of Baghdad. The soldiers, with the 3rd Brigade Combat Team of the 101st Airborne Division, were told that the island contained a training camp for insurgents affiliated with Al Qaeda in Iraq, the militant group formerly led by Abu Musab al-Zarqawi, Mr. Bergrin said.

The soldiers were also told that a group of Special Forces soldiers had tried to attack the camp previously, only to be beaten back by well-armed militants, he added.

The soldiers killed the first Iraqi they came into contact with, an older man who was looking out through the window of a house, Mr. Bergrin said. Then, he said, they went to a second house, where they found three men hiding and using women and children as human shields. 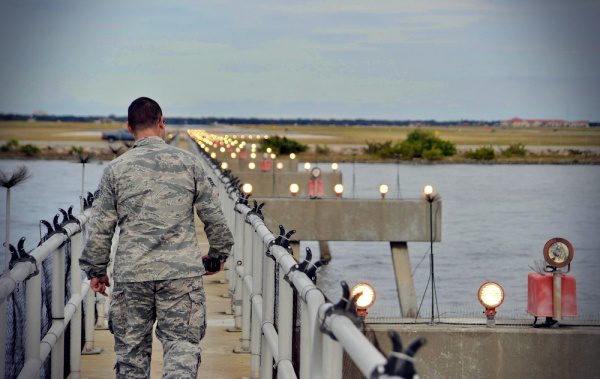 Mr. Bergrin gave the following account of what happened next. The soldiers separated the men from the women and children and bound their hands. One of the accused, Sergeant Girouard, called the company’s first sergeant on the radio. The response to the news that there were prisoners was: “Why did you take them prisoner? Why didn’t you kill them?”

Later, according to Mr. Waddington, the lawyer representing Specialist Hunsaker, the soldiers noticed that the detainees seemed close to breaking free of the “zip ties” binding their hands, which are not as strong as the plastic flex cuffs often used in Iraq.

When Specialist Hunsaker tried to fix the zip ties, one of the detainees lashed out and stabbed the specialist with a pocket knife, Mr. Waddington said. At the same time, he said, another detainee punched Private Clagett in the face, and all three detainees broke free and ran. That is when, the lawyer said, the two soldiers opened fire, killing the three Iraqis.

An Article 32 hearing in the case, which will determine if the suspects will be court-martialed, is scheduled for Aug. 1 in Tikrit. Mr. Bergrin said he planned to call as witnesses the Army colonel and captain who he says gave the order to kill all military-age men on the island.