General rule. A search warrant or authorization is not required when there is probable cause but insufficient time to obtain the authorization because the delay to obtain authorization would result in the removal, destruction, or concealment of evidence. Mil. R. Evid. 315(g).

Warrantless search is lawful as long “police did not create the exigency by engaging or threatening to engage in conduct that violates the Fourth Amendment.” Kentucky v. King , 131 S. Ct. 1849 (2011). In
King , the search was lawful when after a controlled buy, police knocked on a door they suspected target was in and heard movement that made them think evidence was being destroyed. The Court did not rule on the actual “exigency,” but assumed it existed, and held the police action of knocking on the door, which led to the suspicious movement and noises, did not invalidate the exigency.

But see United States v. Baker , 14 M.J. 602 (A.F.C.M.R. 1982). OSI agents and civilian police entered accused’s off-post apartment immediately after a controlled buy. Search was improper because there were no real exigencies, and there was time to seek authorization.

Whren v. United States , 517 U.S. 806 (1996). A stop of a motorist, supported by probable cause to believe he committed a traffic violation, is reasonable under the Fourth Amendment regardless of the actual motivations of the officers making the stop. Officers who lack probable cause to stop a suspect for a serious crime may use the traffic offense as a pretext for making a stop, during which they may pursue their more serious suspicions by utilizing plain view or consent . See also Arkansas v. Sullivan , 532 U.S. 769 (2001) (holding state supreme court erred by considering subjective intent of arresting officer when there was a valid basis for a traffic stop and probable cause to subsequently arrest motorist for a speeding violation), and United States v. Moore , 128 U.S. (2008) (holding the police did not violate the Fourth Amendment when they made an arrest that was based on probable cause, but prohibited by state law, or when they performed a search incident to arrest).

United States v. Rodriquez , 44 M.J. 766 (N.M.Ct.Crim.App. 1996). State Trooper had probable cause to believe that accused had violated Maryland traffic law by following too closely. Even though the violation was a pretext to investigate more serious charges, applying Whren , the stop was lawful.

Seizure of drivers and passengers 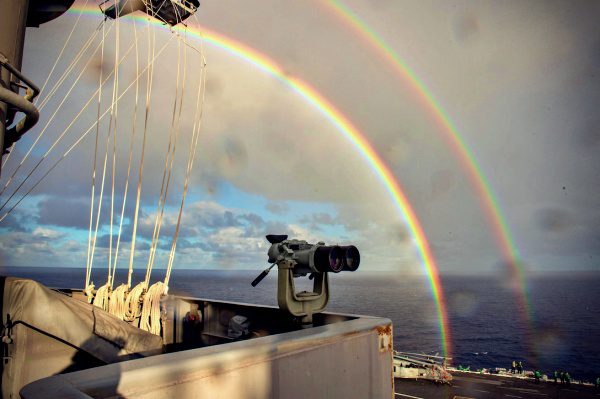 (2) Brendlin v. California , 551 U.S. 249 (U.S. 2007). When police make a traffic stop, a passenger in the car, like the driver, is seized for Fourth Amendment purposes and so may challenge the stop’s constitutionality.

(3) Arizona v. Johnson , 129 US 781 (2009). Reads Mimms , Wilson , and Brendlin read together to hold that officers who conduct routine traffic stop[s] may perform a ‘pat down’ of a driver and any passengers upon reasonable suspicion that they may be armed and dangerous. They do not have to have a Terry-like reasonable suspicion that the driver or passengers have committed, or are committing, a crime.

Drugs or alcohol in the body.

United States v. Porter , 36 M.J. 812 (A.C.M.R. 1993). Warrantless blood alcohol test was not justified by exigent circumstances where there was no evidence that time was of the essence or that commander could not be contacted.

United States v. Pond , 36 M.J. 1050 (A.F.C.M.R. 1993). Warrantless seizure of urine to determine methamphetamine use was not justified by exigent circumstances because methamphetamine does not dissipate quickly from the body.

Nonconsensual extraction of body fluids without a warrant requires more than probable cause; there must be a “clear indication” that evidence of a crime will be found and that delay could lead to destruction of evidence. Mil. R. Evid. 312(d). See United States v. Carter , 54 M.J. 414 (C.A.A.F. 2001).