Overview of the Allen credit (see Pretrial restraint & pretrial confinement in the military):

Before the Court of Military Appeals extended sentence credit to military personnel in 1984, the accused were not automatically entitled to credit for the time they spent in pretrial confinement. The Allen Credit applies day for day credit for any military pretrial confinement, in connection with the offense or acts for which the sentence was imposed. United States v. Allen, 17 M.J. 126 (C.M.A. 1984). Part of a day must be calculated as a full day when extending pretrial confinement credit, except in cases where a day of confinement is also the day sentencing is imposed. United States v. DeLeon, 53 M.J. 658, 660 (Army Ct. Crim. App. 2000).

Although the United States Court of Appeals for the Armed Forces has not directly addressed whether Allen credit applies to civilian confinement, the lower military courts have held that Allen applies in such cases. 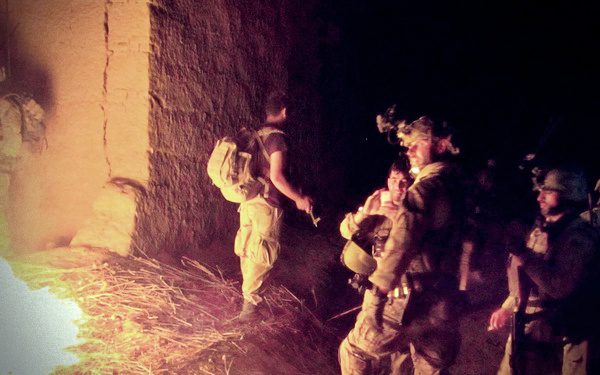 In United States v. Chaney, 53 M.J. 621 (N.M. Ct. Crim. App. 2000), appellant was apprehended by civilian police, based on information that he was a deserter. During the apprehension, marijuana was found on appellant. He was placed in confinement and later transferred to military authorities. The trial court did not extend Allen credit at trial for the forty days appellant spent in pretrial civilian confinement. The appellate court reversed the trial court, stating appellant was entitled to forty days credit because “[h]e was placed in official detention prior to the date his court-martial sentence commenced as a result of the offense for which the sentence was imposed and due to another charge for which he was arrested after the commission of the offense for which the sentence was imposed.” In United States V. Murray, 43 M.J. 507 (A.F. Ct. Crim. App. 1995), the Air Force Court held that an accused who had been arrested and held by civilian authorities prior to his court-martial was entitled to administrative credit for time in civilian confinement. Here the Court relied on DODD 1325.4 and 18 U.S.C. Section 3585(b).

The above cases indicate that Allen credit does apply to soldiers held in civilian pretrial confinement. However, R.C.M. 305(k) (additional credit for each day of pretrial confinement for abuse of discretion or unusually harsh circumstances), does not apply to civilian confinement unless the prisoner is confined solely for a military offense and military authorities receive notice and approve of such confinement. United States v. Lamb, 47 M.J. 384 (1998).