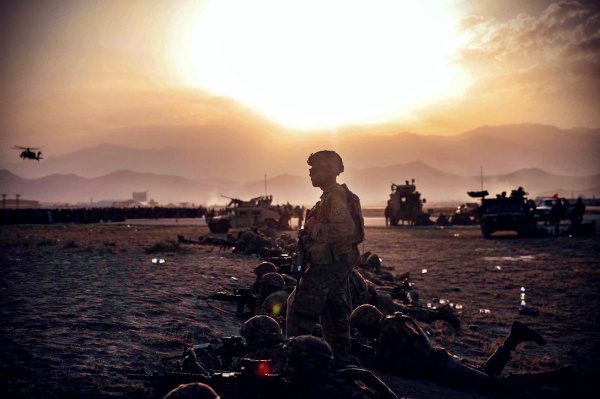 JOINT BASE LEWIS-MCCHORD, Wash. — A soldier’s videotaped statements describing how he and his colleagues randomly killed three Afghan civilians came under scrutiny Monday at a hearing into one of the most serious war-crimes cases from the war in Afghanistan.

Cpl. Jeremy Morlock of Wasilla, Alaska, is among five Stryker soldiers charged with premeditated murder and conspiracy to commit premeditated murder. In interviews with Army investigators, he described a plot led by Staff Sgt. Calvin Gibbs to randomly kill civilians for sport while on patrol in Kandahar Province.

Prosecutors have also alleged that members of the platoon mutilated Afghan corpses and even collected fingers and other body parts, and that some posed for photos with Afghan corpses. Morlock talked about how they threw a grenade at a civilian to “wax him.”

Morlock’s attorneys are seeking to suppress the statements, saying they were made under the influence of muscle relaxants, sleeping pills and anti-nausea medicine prescribed for repeat concussions suffered during war. Morlock was being evacuated from Afghanistan for apparent traumatic brain injury when he was questioned in May.

They also blasted Army doctors and U.S. policy in a news conference, saying they didn’t understand how a cornucopia of drugs could possibly render a brain-damaged soldier battle-ready. Morlock sustained his first concussion from a roadside bomb last November, and that’s when the first drugs were prescribed, they said.

“This lad was all juiced up and it was by Army doctors,” said attorney Geoffrey Nathan. “Why didn’t they just recall him?”

Army Special Agent Anderson D. Wagner testified that Morlock was articulate during the interviews and that his account was corroborated by others in the unit. The hearing will determine whether the case proceeds to a court-martial; Morlock and the others could face the death penalty if convicted.

“He made good eye contact. He was able to recount events that happened several months ago,” Wagner said by audio feed from Kandahar.

Prosecutors listed 18 witnesses for Monday’s hearing. Fourteen of them asserted their right to remain silent, including other defendants and 1st Lt. Roman G. Ligsay, who has been removed as leader of the platoon but is not charged.

Morlock’s lawyers conceded they don’t know specifically what drugs Morlock was taking at the time of the killings. Hashish smoking was rampant in the unit, and in some cases it may have been laced with opium, they said. The silence of other witnesses makes it hard for them to verify what drugs, prescribed or not, Morlock might have been on at the time of the killings, they said.

Portions of Morlock’s interviews were aired by ABC News, and The Associated Press has reviewed statements he made under oath in which he claimed Gibbs — the highest-ranking soldier accused — planned “scenarios” during which they could kill civilians. For example, Morlock said, if they came across someone in a village that had previously been flagged as having Taliban influence, they could toss a grenade at the civilian and claim they had been responding to a threat.
Gibbs also illicitly collected “drop weapons” that could be placed by the bodies to make them appear to be combatants, Morlock and others said.

“Gibbs had pure hatred for all Afghanis and constantly referred to them as savages,” Morlock said in the statement reviewed by the AP. “Sometime after Christmas 2009, Gibbs gave me a (fragmentation) grenade and told me that if the situation presented itself that we should go ahead and run with the grenade scenario that he had briefed to us.”

A few weeks later, in January, the first of the killings was carried out, followed by one in February and one in early May. In each, prosecutors say, Morlock and Gibbs enlisted one other soldier to be involved. Lawyers for those three say they either deny involvement or that their participation was unwitting. 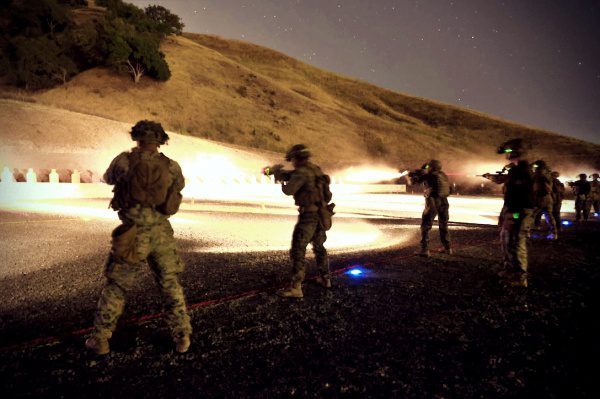 Gibbs’ military defense attorney says all three killings were “appropriate engagements.”
The case raised serious questions about the Army’s handling of it. Spc. Adam Winfield, who is charged in the final killing, sent troubling Facebook messages home to his parents in Florida after the first killing. He wrote that he was being threatened to keep his mouth shut about it and that he didn’t know what to do.

His father made nearly half a dozen calls to military officials that day, and he said he warned them about the ongoing plot and the threats against his son.
But no suspects were arrested until May when a witness in a drug case in the unit alerted investigators to what he considered unjustified killings.

In a cross-examination of Wagner and another investigator, Morlock’s attorney, Michael Waddington, questioned the lack of forensic investigation into the killings. He pressed them on whether they really knew who killed which civilian, and why they had not exhumed the bodies or seized the weapons of the accused.

Wagner responded that investigators likely would have had trouble locating the bodies, and even if they did, it would be difficult to exhume them without upsetting local citizens.

“If it was on U.S. soil we would have done it, no question,” he said. “It’s not the United States. Everything we do has repercussions.”