Cities in Nebraska where our military defense attorneys represent service members at court martial and in administrative separations:

Offutt Air Force Base is operated by Air Combat Command and located in Sarpy County, near Omaha, Nebraska. It is home to the 55th Wing, the largest Wing of the Air Combat Command, the US Strategic Command Headquarters, the Air Force Weather Agency, the Omaha operating location of the Defense Finance and Accounting Services.

The first two bombers built to drop atomic bombs were built in Offutt AFB. The base was also home to the Strategic Home Command. It has a population of 8,901 military and civilian personnel and their families, and retirees. 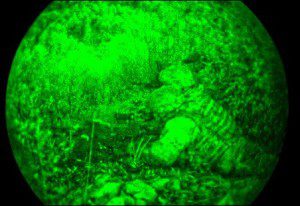 The state of Nebraska lies both in the Great Plains and the Midwestern United States. It was admitted as the 37th state of United States. Lincoln is the state capital and the largest city is Omaha, which is situated on the Missouri River. Large number of indigenous settlers came into the state during the California Gold Rush.

The state is bordered by South Dakota to north, Kansas to south, and Iowa to east and Wyoming to the west. Nebraska is divided by two time zones with Central Time being observed by the eastern half of the state and western half observes the Mountain Time. The state is crossed by three rivers from west to east and two major land regions of the state are Dissected Till Plains and Great Plains.

The climate has wide variations between summers and winters and thunderstorms and tornadoes are common in the state during the spring and summers. Nebraska has vast areas of cattle-grazing prairie lands, for which it is one of the largest producers of soybean, beef, corn and pork. 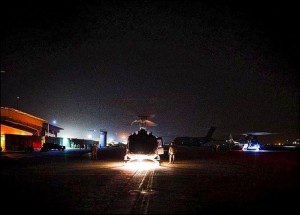 People from different origins have lived in Nebraska from thousands of years. The state has been home to many tribes such as; Omaha, Missouri, Ponca, Pawnee, Otoe and some migrated from eastern areas.

In 1854 US Congress created the Nebraska territory which included parts of current states of Colorado, North and South Dakota, Wyoming and Montana. Thousands of new settlers migrated to Nebraska during that time to claim the free land granted by federal government.

In the eastern counties of the state German Americans are the largest ancestry group. Less than 3000 people stay in 89% of cities of Nebraska.

The regional areas of the state have shown a decline in population, whereas there has been substantial growth in more urbanized areas. The state population is a mix of people from different religious backgrounds such as; Christians, Catholics, Baptists and many other. The state has its own University and many community and private colleges.

It is a leading gain producer with bumper crops like corn, wheat and sorghum. Varieties of grass which are valuable for forage grow in this state. Dakota City and Lexington are among the nation’s largest meat packing centers. The main attractions of the state are Agate Fossil Beds, Homestead, Scotts Bluff National Monuments, Chimney Rock national historic site, Sheldon Memorial Art Gallery, SAC museum near Ashland and the Stuhr Museum of the Prairie Pioneer Grand Island and the Boys Town.

The state has been part of the Civil War from 1861 to 1865. The military base is situated towards the eastern side of Nebraska; Offutt AFB was named after Jarvis Jennes Offutt, the first citizen of Omaha who died in World War 1. The first two aircrafts to release atomic bombs were built in this base and it also hosted the Strategic Air Command for over 4 decades.

It has always been an important military spot in the history of the United States of America. Before World War I, this base played a major role in the American war against the Spanish forces. After the World War 1 the base was improved with extra housing facilities, runways and ground leveling operations.

In 1924 the US government decided to rename it to Offutt Field. During 1940’s the base was taken to new rounds of improvements such as; a new bombardment plant, new hangars, assembly building and a 3km long runway was built. During the war the plant produced B 26 Marauder and B 29 Super fortress planes. With the ease of world tensions the Air Force was allowed to reorganize in the 90’s and new housing facilities, malls and firehouses were built.