Cities in Louisiana where our military defense attorneys represent service members at court martial and in administrative separations:

Fort Polk is an Army training post located in Vernon Parish, Louisiana. It was established in 1941 as a training base and named in honor of Right Reverend Leonidas Polk, a Confederate General who was the first Bishop of Louisiana. For years since its establishment, the post has been training units preparing to be deployed for combat worldwide.

Barksdale Air Force Base is operated by the Air Force Global Strike Command and located in Bossier City, Louisiana. The base was built in 1931 and is currently home to the 2d Bomb Wing, considered the oldest Air Force Bomb Wing, the Eight Air Force, and the 917th Wing. The 2d Bomb Wing is a global combat ready unit and is tasked to train B-52 crews. Barksdale AFB is named after Lieutenant Eugene Hoy Barksdale, a noted aviator who died while testing a Douglas O-2. At 22,000 hectares, the base was once the world’s largest airfield. The base is famous for its efforts in pioneering military transport and flight. It used to house different bombardment groups, divisions, and flight schools. 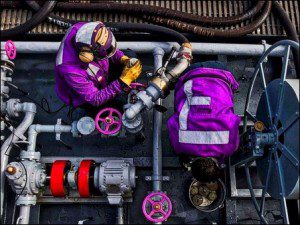 Naval Air Station Joint Reserve Base New Orleans is a Navy reserve and air base located in Belle Chasse, Louisiana. It is tasked with operating 24-hour support launches and recoveries of the US Coast Guard Sea-Air Rescue, US Customs Alert, and the North American Air Defense Command alert requirements of the Louisiana Air National Guard.

NAS JRB New Orleans was built from August 1954 until its completion on December 14 1957. Up until now, the base has been maintaining and training Navy aviation, Air Force Reserves, and Air National Guard units stationed in Louisiana, particularly pilots and airmen of fighter aircraft. It is currently home to the 159th Fighter Wing. The station operates an airport known as Alvin Callender Field. The station maintains F-18s, F-16s, and F-15s.

Naval Support Activity New Orleans is a military base in New Orleans. It is currently the largest installation of the US military in the state. The installation is designed to provide support to combat personnel in and out of combat. With 3,900 military personnel and 2,700 civilian employees, the base can support large scale operations by US Army units.

The base is currently home to the Commander of the Naval Air Force Reserve, the Marine Forces Reserve, and the 4th Marine Aircraft Wing, the 4th Marine Division. NSA New Orleans is currently under the command of Captain B. Harrison of the US Navy. Due to the inclusion of the base in the 2005 Base Realignment and Closure Commission, it is scheduled to be converted to a Federal City on a future date.

One of the most eccentric and typically and naturally planed sound states among all the United States in America. It is one of the south eastern states which have rich cultural ambiance within as its related with many cultures like French, African, Spanish and native American, and so it also has these languages spoken all over the state. Its capital city is Baton Rouge which is at eastern banks of the river Mississippi. It is the second largest city in Louisiana after New Orleans. All the political and military administrations of Louisiana are carried out in here.

Being in south eastern parts of the country it is enriched with flora and fauna with very pleasing climatic conditions and stands 25th most populated state in the whole United States. It was stated that the state populated with almost 4.7 million people by the end of 2014. It shares its borders with Arkansans to north and Texas to west and east with the river Mississippi and it shares and also a slightest part of Gulf of Mexico to south. The state comprises of different types of lands as marsh, swamp, and also islands with almost 20000 miles. It also has higher lands towards north of the state which are woodlands and prairies. The highest peak in the whole state is 163mts which is known as Driskill Mountain. Being a variable climatic place it is mostly affected by tropical cyclones and always open to hurricanes and mostly affected areas are low level areas which are near New Orleans. This sub tropical humid climate is the effect of the Gulf of Mexico nearby. 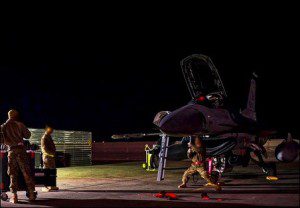 Since the state shares a noted border with Gulf of Mexico, it exhibits sub tropical climate which are responsible for tropical cyclones, tornados, and hurricanes. It also processes swamp and marsh lands that are flown and left barren by river Mississippi, and also its rich plantation and varied type of flora and fauna. Earlier it was home to Native Americans till Europeans arrived to form colonies in 16th century. From then on it became a point for many archaic complexes dating from 5000 BC. Later in 17th century French and Canadians as part of their expedition formed their colonies, and later by Africans as well. In this way it became aware and more open too many cultures and thus it became a multi lingual state. As a matter of fact, new Orleans and baton rouge stand as business capitals and baton rouge being the capital and second largest city after New Orleans comprises of many national and international universities and people living are from all over the world. Can say it’s a diversified state.

As a diversified state and most tourist attracted state among the 50 states, it is prone to many threats, and thus as we know United States of America is widely known for its military services worldwide has installations also in Louisiana. Some of the major bases are Fort Polk which is an army training centre located in Vernon perish which was formed in 1941, and was named after a reverend Leonidas Polk. And the other is Barks-dale air force base located in Bossier City under administration of air force global strike command. It is one of the oldest air force bombing squads or bomb wings being operated from 1931. A naval base which has such strong infrastructure that is joint reserve base New Orleans, located in belle chasse, it plays a major role in providing support in sea and air rescues etc. Last but not least the naval support activity New Orleans, which is located in New Orleans, it is the ever largest military base in the entire United States, which is employed with almost 4000 military personals and 3000 civilian employees. In this way Louisiana stays strong in military aspects when considered.