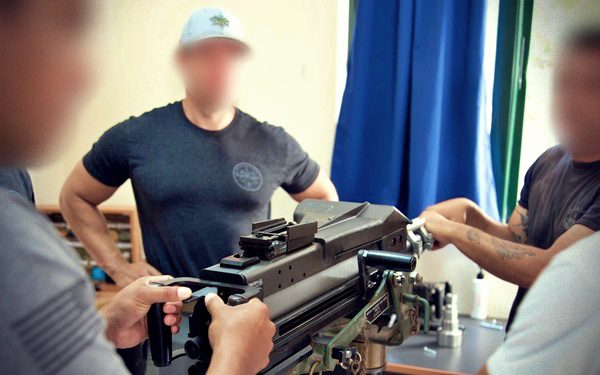 CAMP CASEY, South Korea — A 2nd Infantry Division warrant officer was sentenced to a dishonorable discharge after pleading guilty to adultery and related charges at the Camp Casey courtroom on Monday.

Based on the charges he plead guilty to, Warrant Officer Brian A. Manifold, 35, of the 302nd Brigade Support Battalion, faced a maximum punishment of 7½ years in prison on charges of adultery, sodomy, fraternization and indecent communication with a 19-year-old private who worked under his supervision.

Manifold had sex with the private at a Camp Casey Lodge suite on Jan. 20, where alcohol was served to underage soldiers.

Manifold is married and has three children, who live in Colorado. The private was married to another soldier.

Manifold’s wife, Takeisha, flew to South Korea using her own money to testify. She said she wasn’t sure if she wanted to stay married, but she wanted Manifold to return to the United States as soon as possible.

“I don’t care if he’s at Wal-Mart packing bags,” Takeisha Manifold said. “I want him to take care of his children.”

During questioning from presiding judge Col. Donna Wright, Manifold testified that he sent the indecent message promising more sex to the private the next morning while recovering from the alcohol.

Prosecutor Maj. Thomas Crumley disputed that, saying the text message was sent at 6 p.m. the next day.

“Like many, he regrets not the action, but getting caught,” said Crumley.

Civilian defense attorney Michael Waddington told Wright that Manifold could not do more to display regret.

He waived two hearings and his right to have the government pay for witness travel, Waddington said.

Manifold then apologized to his own family, the private’s family and the Army.

“It was out of my character and I’m accountable,” Manifold said.

Manifold had signed a pre-trial agreement that would have limited any jail time to three months.

In military court, the lesser of the pre-trial agreement and the judge’s sentence is recommended to the convening authority.

Wright said that the law prevented her from giving Manifold a bad-conduct discharge, which is considered slightly less severe than a dishonorable discharge.