Cities in North Dakota where our military defense attorneys represent service members at court martial and in administrative separations:

Grand Forks AFB is operated by Air Mobility Command and located in Grand Forks County, near Emerado, North Dakota. It was built in 1956 and is currently home t the 319th Air Refueling Wing. The wing is responsible for reaching far flung places around the world to support the US Military and its allies. After looking for suitable locations, the Department of Defense finally approved Grand Forks as the location for an Air Defense Command Base in 1954.

The community donated $65 thousand to purchase 5,400 acres of land. The last B-1s departed from Grand Forks in 1994 and the then host unit, the 319th Bomb Group was deactivated. Due to the Base Realignment and Closure Act, the base was scheduled to be realigned. The 321st Missiles group originally housed in Grand Forks was transferred to Malmstrom.

Minot Air Force Base is located in Ward County, near Minot, North Dakota. It was built in 1957 and is currently home to the 5th Bomb Wing and the 91st Missile Wing. The base has a population of 7,599. Minot AFB was originally opened under the Air Defense Command.

It later became a major base under the Strategic Air Command in charge of operating nuclear intercontinental ballistic missiles, manned bombers, and refueling aircraft. The base currently operates 150 nuclear Minuteman missiles, and numerous B-52s as much as it did during the cold war. The B-52H bombers in the base were modified to launch Air Launched Cruise Missiles.

North Dakota is one of the fastest growing states of the United States. It is the 39th state of the US and has been admitted to union on 2nd November 1889. The Upper Midwestern region includes North Dakota. It is bordered by South Dakota to south, Manitoba to the north, Montana to the west and Minnesota to the east. Among the 50 United States, it is the 19th most extensive and 4th least densely populated.

It has driven the low employment conditions. Bismarck is the capital city. North Dakota has many nicknames such as Sioux State, Peace Garden State and the Rough Rider State. The origin of the name is from Sioux tribe which means allies. It has the 10 largest cities and Fargo is the popular largest city. The land area acquired by North Dakota is 68,976 sq mi. The motto of the state is the liberty and union. 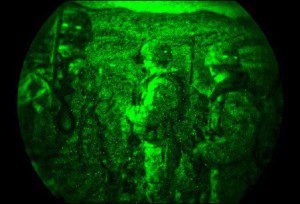 It was explored in the year 1738-1740 which was led by French Canadians. The region has been acquired after the settlements which were made at Pembina and it remained unsettled until the railroads were constructed in the 1880s.

This is rural land of the US which is covered by most of the farms approximately 90%. ND original grasslands are converted into ranches and farms. It produces agricultural products like barley, rye, honey, oats, sunflowers and edible beans. It is the highest producer of spring and durum wheat. It also produces natural gas, lignite, sand, clay and gravel. The Missouri river provides the irrigation facilities and it also produces 400,000 kilowatts of electricity. It is best known for waterfowl, deer hunting, grouse, pheasant and pike fishing.

North Dakota does not include any towns or villages, each place here is the city and the smallest city is the Maza with only 5 people. It was ranked as best run state in the year 2012. It holds the Guinness world record for the snow angels which were made at one place simultaneously. It has lowest unemployment rates in the United States.

The education provided is at the best level with reputed schools and associations which are framed by ND government. Education standards and practices board has been framed and the higher education is also provided. It has few places to be visited for the tourists which greatly attracts the sceneries. It has more national wildlife refuges. 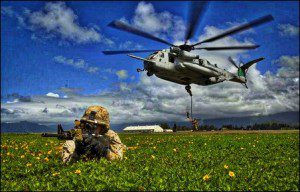 It mainly includes two military installations namely Minot Air Force Base and Grand Forks Air Force Base. Even though Fargo is the largest city, Bismarck is made as the capital city.

The sales tax rate in North Dakota is very less and is about 5%. There is no need of tax to buy the food or to prepare at home.

Grand Forks AFB is the 319th Air Base Wing. It is mainly selected to host aircraft systems in the nation. It is located on the Red River Valley. This place has a fully functioning base and has hosted fighters, bombers and Missiles.

It provides many support services and acts as premier base for the remote controlled aircraft systems. It also offers the entertainment opportunities like softball, soccer field, playgrounds, basketball, hockey rinks and tennis courts. Offers many restaurants and Malls which offer tasty food and shopping opportunities.

It also provides health care with the 24 hours emergency services. The two schools have been set up for higher education and also the Child care facility is provided. Housing in this base is provided within the ranges and are very less expensive. Minot AFB is the network of communities which support Airmen.