When You Need a Court Martial Lawyer in New London, CT

Our military defense attorneys have successfully defended service members around the world.

The hard-hitting military criminal defense lawyers at Gonzalez & Waddington have developed a reputation for representing military personnel at military installations worldwide. If you are stationed in New London, CT and are under investigation for a military offense, retaining the most hard-hitting defense lawyer can be the difference between getting convicted or winning your case and saving your career. Our court martial defense attorneys represent New London, CT service members in both UCMJ and administrative matters. These include defending service members suspect of sexual assault, drug use, and other crimes under military law.

Unlike the majority of civilian court martial defense lawyers or your assigned military attorney, pleading guilty is not something we commonly do. Our lawyers force the military to prove their case beyond a reasonable doubt. We take nearly every criminal case to trial and fight the allegations in front of a panel.

Our military court martial victories speak for themselves. The accused military service member and his or her future is our main concern. Our court martial defense attorneys keep smaller caseloads than typical free defense lawyers. We do this in order to concentrate on every trial on an individual basis. We will not delegate your case to a random attorney or force you into a guilty plea at the last minute. Our criminal defense lawyers have fought military court martial and administrative separation cases in the U.S. and worldwide.

Our law firm’s founding lawyer, Michael Waddington, is a member of the American Board of Criminal Lawyers (ABCL). The ABCL is one of the most honored legal groups, comprised of some of the most high-powered criminal attorneys in the USA. Membership is by invitation only and is exclusive to extremely qualified defense attorneys with 10 or more years of experience representing criminal cases.

Our high-powered defense attorneys will use their skills to defend your court martial or administrative separation case at New London, CT.

Service members working at New London, CT deserve the best court martial attorneys available to defend them at their trial or administrative separation (ADSEP) board.

If you or a family member are stationed in New London, CT and are accused of a military crime such as sexual assault or if you are confronted with an admin discharge, Article 15, elimination board, reprimand, then call our military attorneys today.

The New London seaport serves as the entry point for the northeastern coast of the U.S. It was designed to efficiently run commercial transactions and sea-route businesses. In the past few years it has seen vast developments.

Military Base at New London, CT 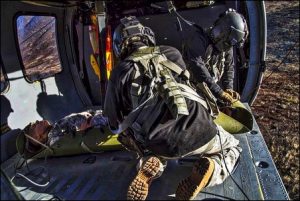 Thus, New London has rich cultural and historical backgrounds, as well as a record of containing a military base.