Cities in Colorado where our military defense attorneys represent service members at court martial and in administrative separations: 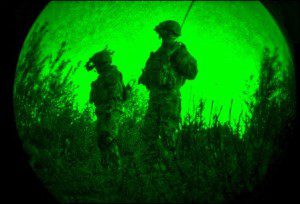 Fort Carson, also known as the Mountain Post, is an Army post built in 1942 and located in Colorado Springs, Colorado. With an acreage of 137,000, the post is now home to 10,556 active duty soldiers, reservists, family members, and civilian employees. 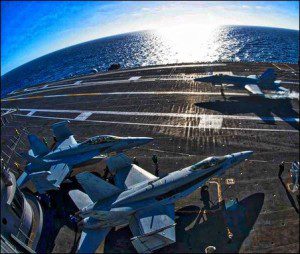 The US Air Force Academy was established for undergrad studies of commissioned officers. Sprawling 18,000 hectares in Colorado Springs, Colorado the academy is home to approximately 4,500 cadets and 600 staff. The academy, with its first batch graduated in 1959, is the youngest among the academies.

Cheyenne Mountain Air Force Station is a US Operations facility, built from June 1961 to February 1966. The facility is an underground command center that monitors the skies for air activity as well as hostile weapons built knowing it would later be a priority target for hostile foreign aggressors.

Cheyenne Mountain was constructed with 3/8 inch continuously welded carbon steel plates, as well as reinforced concrete bulkheads and baffled steel. Cheyenne Mountain employs about 1,500 people and is operated by the US and Canadian North American Aerospace Defense Command, most commonly known as NORAD, and the US Space Command, with headquarters in Peterson Air Force Base.

Peterson AFB is a military base in Colorado Springs under the 21st Space Wing, command. The 21st Space Wing is the Air Force’s only organization providing missile warning and space control to unified commanders and combat forces worldwide.

Schriever Air Force Base is operated by the Air Force Space Command and located near Colorado Springs in El Paso County. Schriever AFB is now home to the 50th Space Wing, the Department of Defense satellite command, the Missile Defense Integration and Operations Center, and the Space Innovation and Development Center.

Schriever is also the operations center for the Global Positioning System, the world’s largest military satellite constellation. Schriever Air Force Base has a land area of 3,840 hectares and is home to 4,000 military personnel, Department of Defense civilians, and contractors.

Encompassing the Rocky Mountains in south, the state of Colorado is known for its great diversity ranging from Snow Mountains to xeric desert lands to large gorges. Bordered by Wyoming in north, Nebraska in the northeast, Kansas in the east, Oklahoma in the south east, New Mexico in the south, state of Utah in west and Arizona State in southwest, Colorado is noted for summit of Mount Elbert, the highest point in the state.

This western state of America plains constitute less than half of Colorado as patches of deciduous forests, canyons and buttes. The largest city of Colorado is Denver that is located about a mile above the sea level. The state nicknamed as the “Centennial State” is the twenty second most populous state of United States and as per the 2010 Census of the nation caters a population of 5,355,866 with an increase rate of 6.5 percent.

The state had been inhabited by Native Americans for more than 1300 decades. The southern belt of Rocky Mountains served as a migratory path for the inhabitants to spread across whole of America. The Dinosaur National Monument along with the fossil area of Dinosaur Ridge and primitive canyons of Picket wire, south of La Junta show the great remembrances of footsteps of the dinosaurs.

Colorado exhibits a great Indo-American heritage fairly visible by its festivity and museums like Ute Indian Museum and Koshare Indian Museum. The National Historic Bent’s Old Fort, Gateway to the San Luis Valley called the Fort Garland, and Fort Uncompahgre History Museum makes up the Western Colorado and helps explore the life on the frontier range.

Bachelor Syracuse Mine Tour of 3000 feet, visit to ski resort of Breckenridge, Mount Elbert peak in Leadville and Casino famed Central City are the featured landmarks of Colorado. The visit to state capital is not complete without visiting the Denver’s Museum of Nature & Science, Denver Zoo and the spectacular Denver Botanic Gardens. The visit to four block Pedestrian area of Pearl Street Mall and the free factory tour of the Celestial Seasonings Tea Company in Boulder are exciting attractions of the state.

The other attractions include the Natural hot springs, eleven national parks and monuments, tour to Ashcroft Ghost Town, balloon ride over the Breckenridge and winter sports like skiing and snowboarding in Vales. Primarily a Christian state, 16 out of 100 Hispanics have a college degree as compared to 48 percent Whites.

The state of Colorado has both air force and army bases. Among the air force bases, the oldest is the Air Force Academy AFB in Colorado Springs that focuses on training of future military airmen. Formerly a National Guard base, the ‘Buckley Air Force Base’ in Aurora is situated on the backside of the snow laden Rocky Mountains and has three groups, namely operations, mission support and military group under the wing command. The third air force base ‘Cheyenne Mountain Air Force Base Colorado Springs’ is toughest military constructions in the America and it is located on the front rand of R.

The fourth base Peterson Air Force Base, located in the El Paso County, provides runway to local airport and has NORAD and US NORTHCOM headquarters. It is the base for air command since year 1987. Located sixteen kilometers away in the central Colorado is the Schriever Air Force Base, which is operated by the Air Force. Among the two army bases, the first one includes Fort Carson Army Base is located in El Paso and is operation since 1942. The second army base Pueblo Chemical Depot Army Base, located in Pueblo, is the chemical weapons storage site.