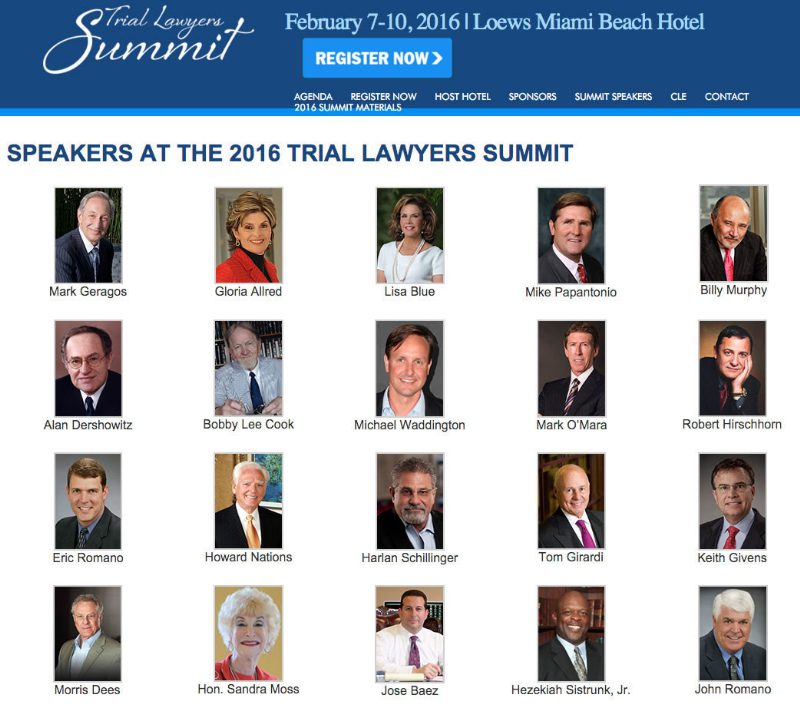 His lecture was based on his best-selling book, The Art of Trial Warfare: Winning at Trial Using Sun Tzu’s The Art of War.

Using Sun Tzu’s revered The Art of War as a point of inspiration and reference, Michael Waddington offered up bite-size pieces of advice, snippets of strategy, and countless nuggets of wisdom he’s accumulated over hundreds of trials.

In his lecture, Waddington addressed the habits of a successful trial attorney and discussed the art of attack, exploiting an opponent’s weaknesses, and how to leverage each success in order to win a case against overwhelming odds.

The Trial Lawyers Summit, sponsored by The National Trial Lawyers, is the ultimate trial advocacy conference taught by an all-star team of trial lawyers. It is like no other legal conference, ever.

Hundreds of trial attorneys flocked to the fifth annual Summit to learn the secrets of winning cases and generating revenue for a prosperous practice. Highlights included: 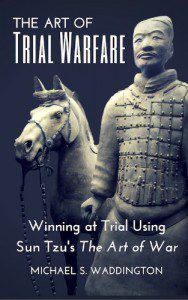 The conference had outstanding networking opportunities and started with a Super Bowl 50 Kick-Off Party, continuing with keynote speaker NFL legend Terry Bradshaw at The Trial Lawyer Awards & Recognition Luncheon, followed by the President’s Reception with live music by four-time Grammy Winner Pat Benatar and Neil Giraldo and wrapping up with the Fat Tuesday networking reception.

Mr. Waddington defends serious criminal cases worldwide. Some of his high profile cases have been reported on by major media outlets including CNN, The Rolling Stone, The New York Times, NPR, The New Yorker, Time, ABC Nightline, Good Morning America, the BBC and have been the subject of books and movies.

He is a partner in the law firm of González & Waddington, LLC and his practice focuses on defending military service members at court martial and administrative separation boards. He has successfully defended military personnel in Europe (Germany, Italy, England, Spain), the Middle East, the Pacific (Hawaii, Korea, Japan), and throughout the United States.