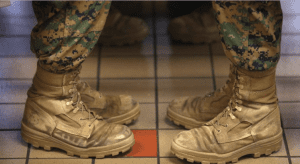 An Army Major has been cashiered from service and awarded three-month rigorous imprisonment and a woman officer of the same rank has been dismissed for allegedly having an affair.

The two officers were tried by separate military courts under Section 45 of the Army Act that pertains to conduct unbecoming that of an officer. The verdicts are subject to confirmation by the courts’ convening authority.

Court-martial proceedings were initiated against them after the majors sent a complaint to the Chief of the Army along with some videos and photographs of the duo as evidence.

The woman officer was reportedly also involved in a controversial intelligence operation in Assam earlier that triggered an internal clash between two former Army chiefs – Gen VK Singh and Gen Dalbir Singh – when the former was the Chief and the latter posted as the Corps Commander in the northeast.