Possible Punishments at a Military Court-Martial

Below is a breakdown of the punishments allowed at a military court-martial pursuant to the manual for courts-martial.

A court-martial shall not specify the terms or wording of a reprimand. A reprimand, if approved, shall be issued, in writing, by the convening authority [CA]. The reprimand, when issued, is placed in the CA’s action.

If an accused has dependents, the convening authority may waive any/all AUTOMATIC (i.e., Art. 58b, UCMJ) forfeitures for a period not to exceed six (6) months, with money waived to be paid to the dependents of the accused. Adjudged forfeitures may NOT be waived.

ANY forfeiture of pay or allowances (or adjudged reduction) in a military court-martial sentence takes effect on the earlier of:

On application of accused, CA may defer forfeiture (and reduction and confinement) until approval of sentence; but CA may rescind such deferral at any time. Deferment ceases automatically at action, unless sooner rescinded. Rescission prior to action entitles accused to minimal due process. See RCM 1101(c).

Forfeitures are calculated at reduced pay grade WHETHER suspended or not.

US v. Stewart, 62 M.J. 291 (2006). Where a sentence to forfeiture of all pay and allowances is adjudged, such sentence shall run until such time as the servicemember is discharged or returns to a duty status, whichever comes first, unless the sentencing authority expressly provides for partial forfeitures post-confinement.

Hiring the Best Military Defense Lawyers for Your Court-Martial

Unless otherwise provided in regulations to be prescribed by the Secretary concerned, a military court-martial sentence of an enlisted member in a pay grade above E-1, as approved by the convening authority, that includes

In the Army, the automatic reduction to pay grade E-1 mandated by Article 58a applies only to enlisted soldiers with an approved sentence, whether or not suspended, that includes EITHER a punitive discharge OR confinement of more than 180 days (if adjudged in days) or six months (if adjudged in months). AR 27- 10, para. 5-28e.

The Navy and Marine Corps’ implementing regulation provides for automatic reduction to the grade of E-1 when sentence, whether suspended or not, includes EITHER a punitive discharge OR confinement in excess of ninety days or three months. JAGMAN, 0152c(1).

No more than 2 months; confinement and restriction may be adjudged in the same case but together may not exceed maximum authorized confinement (where 1 month confinement equals 2 months restriction).

Maximum Punishment at a Military Court-Martial

Generally – lesser of jurisdiction of court or punishment in Part IV.
Offenses not listed in the Table of Maximum Punishments.

Prior NJP for same offense.

The Accused entitled to credit for consequences of administrative board proceedings arising from same misconduct that is the subject of the military court-martial. US v. Blocker, 30 M.J. 1152 (A.C.M.R. 1990). 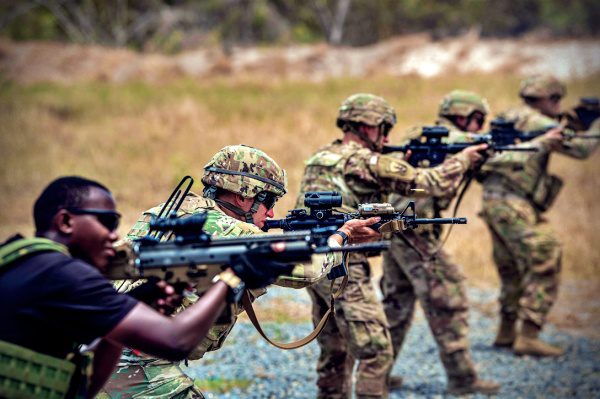 Contact a military defense lawyer to help you if you are facing a court-martial trial.