Once a witness testifies, including the accused or a hearsay declarant, his or her credibility becomes an issue. Evidence of character is then relevant. Rule 608(a) limits the relevance to truthfulness or untruthfulness. Methods of proving character are set out in Rule 405. Under 608(a), the character must be attacked before it may be rehabilitated. Thus, bolstering is prohibited by the rule. Once attacked, the witness’ character for being truthful may be rehabilitated with opinion or reputation evidence. See United States v. Jenkins, 50 M.J. 577 (N. M. Ct. Crim. App. 1999), a witness cannot comment directly about the credibility of another witness’s testimony. 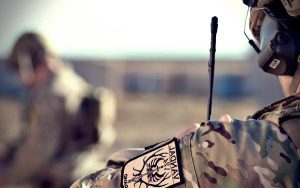 Reputation witness must show he or she is a member of the same community as the witness to be attacked or rehabilitated and that he or she has lived or worked there long enough to have become familiar with the witness’s reputation for truthfulness or the untruthfulness. United States v. Toro, 37 M.J. 313 (C.M.A. 1993).

Opinion witness must demonstrate that he or she is personally acquainted with a witness and on that basis is able to have formed an opinion about the truthfulness or the lack thereof. United States v. Perner, 14 M.J. 181 (C.M.A. 1982).

When cross-examination is conducted in such a manner as to induce the belief of untrustworthiness, rehabilitation is permitted. United States v. Allard, 19 M.J. 346 (C.M.A. 1985). Also, a “slashing cross-examination” will satisfy the “or otherwise” component of Rule 608(a). United States v. Everage, 19 M.J. 189 (C.M.A. 1985). Note, however, that merely introducing evidence that contradicts a witness’s testimony or statement is not an “or otherwise” attack under Rule 608(a).

Rule 608(b)(2) provides that a character witness can be asked questions about specific acts of the person whose credibility has been attacked or rehabilitated as a means of “testing” the character witness.

Operation of the “Collateral Fact Rule.” Under the rule, extrinsic evidence is inadmissible to impeach witnesses on collateral facts. The purpose of the rule is to prevent digression into unimportant matters, since the potential for wasting time and confusing the factfinder is particularly high when extrinsic evidence is used to impeach. It does not limit the cross-examiner’s questioning of a witness about collateral facts, subject to the general discretion of the court.

The rule applies to Impeachment under Rule 608(b) and the cross-examination of a character witness under Rule 405(a).

“Human Lie Detector” Testimony. In United States v. Kasper, 58 M.J. 314 (2003), the CAAF held that “human lie detector” testimony by an OSI agent violates the limits on character evidence in Rule 608(a) because it offers an opinion of the declarant’s truthfulness on a specific occasion. At trial, an OSI agent testified that her training had helped her to identify whether subjects were being truthful in interviews.