1.         Evidence offered to prove that any alleged victim engaged in other sexual behavior.

1.         In a proceeding, the following evidence is admissible, if otherwise admissible under these rules:

A.        Evidence of specific instances of sexual behavior by the alleged victim offered to prove that a person other than the accused was the source of semen, injury or other physical evidence;

B.        Evidence of specific instances of sexual behavior by the alleged victim with respect to the person accused of the sexual misconduct offered by the accused to prove consent or by the prosecution; and

C.        Evidence the exclusion of which would violate the constitutional rights of the accused.

A.        File a written motion at least 5 days prior to entry of pleas specifically describing the evidence and stating the purpose for which it is being offered unless the judge, for good cause shown, requires a different time for filing or permits during the trial; and

2.         Before admitting evidence under this rule, the military judge must conduct a hearing which shall be closed.  At this hearing, the parties may call witnesses, including the alleged victim, and offer relative evidence.  The victim must be offered a reasonable opportunity to attend and be heard.  In a case before a court-marshal composed of a military judge and members, the military judge shall conduct the hearing outside the presence of the members pursuant to Article 39(a).  The motion, related papers, and the record of the hearing must remain sealed and remain under seal unless the court orders otherwise.

3.         If the military judge determines on the basis of the hearing described in paragraph 2. of this subdivision that the evidence the accused seeks to offer is relevant and that the probative value of such evidence outweighs the danger of unfair prejudice, such evidence may be admissible in the trial to the extent that an order made by the military judge specifies evidence that may be offered and areas with respect to which the alleged victim may be examined or cross-examined.

d.         For purposes of this rule, the term “sexual behavior” includes any sexual behavior not encompassed by the alleged offense.  The term “sexual predisposition” refers to an alleged victim’s mode of dress, speech, or lifestyle that does not directly refer to sexual activities or thoughts but may have a sexual connection for the fact finder.

e.         A “nonconsensual sexual offense” is a sexual offense in which consent of the victim is an affirmative defense or in which a lack of consent is an element of the offense.  This term includes rape, forcible sodomy, indecent assault, and attempts to commit such offenses.

a.         Common practice used to be to introduce the past sexual history of a sexual assault victim during trial in order to prove that they had a proclivity towards being sexually immoral.  The reasoning behind this is that they may not be telling the truth when making their accusation of sexual assault or had consented to sexual contact with the accused.  The use of the sexual history of sexual assault victim’s came under closer scrutiny in the late 1970’s and Congress later passed Federal Rule of Evidence 412 or the “Privacy for Rape Victim Act”.  This rule was later revised as part of the Violent Crime Control and Law Enforcement Act of 1994.  The military adopted Federal Rule of Evidence 412 as MRE 412 with the intent of protecting sexual assault victims from questions of a personal nature about their sexual history that may have little bearing in the court-marshal. 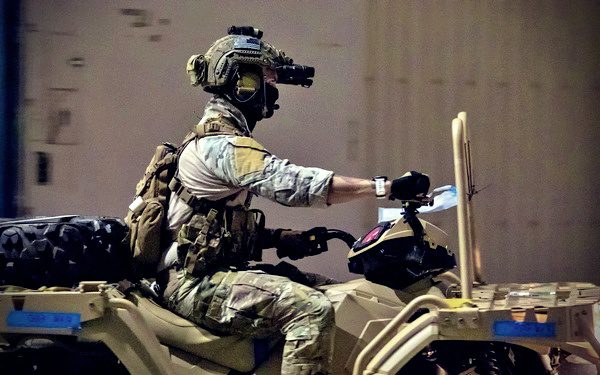 b.        The reasoning behind the rule is that a person’s past sexual behavior rarely has any relevance to why they may have acted a certain way sexually on a specific occasion.

a.         Specific instances of past sexual behavior of an alleged sexual assault victim are normally inadmissible under Rule 412.  There are explicit and usually rare instances where the government or the accused may introduce evidence of specific sexual acts of the victim.  One must be advised, however, that reputation and opinion evidence of a victim’s sexual past and their alleged misconduct appears to be inadmissible under Rules 412 a and b.  It appears however that the Court of Military Appeals may have some doubts about this aspect of admissibility of a victim’s sexual reputation.  In United States v. Elvine, 16 M.J. 14 (C.M.A. 1983), the court stated “we have grave doubts as to whether Rule 412b should be properly construed as an absolute bar to the admission of the prosecutrix sexual reputation.”

b.        Under United States v. Banker, 60 M.J. 216 (C.A.A.F. 2004), evidence offered under the constitutionally required exception to M.R.E. 412(a) is only admissible if the evidence is 1. relevant; 2. material; and 3. favorable to the defense.  Evidence is considered “relevant” if it meets the definition of relevancy under MRE 401.  It is “material” if the judge decides it is after considering its relation in importance to other issues in the case, the extent which the issues is disputed, and the nature of other evidence concerning the issue.  Finally, evidence is decided to be “favorable to the defense” if its probative value outweighs the danger of unfair prejudice to the victim.

c.         In the marital assault case United States v. Roberts, 69 M.J. 23 (C.A.A.F. 2010), the CAAF found that the exclusion between the alleged victim, the accused’s wife, and another man did not violate the constitutional rights of the accused.

d.         In United States v. Banker, supra, the accused claimed that the victim sexually abused his son more than 60 times in the period leading up to the alleged incident.  This evidence was barred because no logical connection could be made between the victim’s alleged behavior and the claimed sexual assault besides weak claims that the victim had a reason to fabricate claims of sexual assault by the accused.

2.         Evidence of past sexual behavior on the issue of consent: this may be offered by either the prosecution or defense to prove consent or lack of consent. Rule 412(b)(1)(B)

B.        United States v. Kelly, 33 M.J. 878 (A.C.M.R 1991) Excluding evidence of an alleged rape, along with the victims alleged flirtatious and sexually provocative conduct was an error on behalf of the judge.  The accused must show that the evidence is relevant, material, and favorable to the defense in order to be admitted.  The victim’s past sexual conduct met those requirements.  The findings and sentence were set aside once the court found that the rape shield law was meant to protect the victim from harassment and humiliation, not exclude evidence of sexually forceful behavior.

3.         Evidence constitutionally required to be admitted: Under Rule 412(b)(1)(C) the standard is that the evidence must be 1. relevant, 2. material and 3. favorable to the defense.  According to United States v. Banker, supra, this is a test for necessity or vitality in the military courts-marshal. 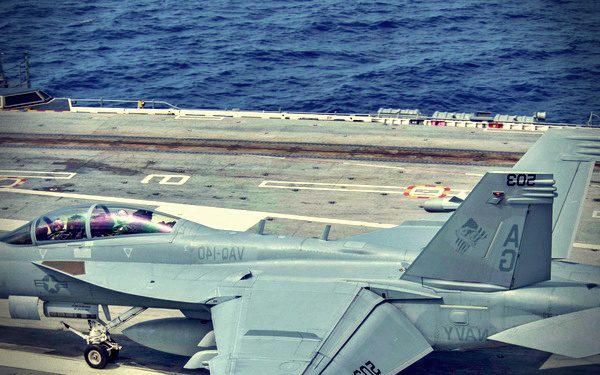 A.        In United States v. Williams, 37 M.J. 352 (C.M.A. 1993), the military judge denied a defense motion to for a rehearing based on newly discovered evidence that went directly to the victim’s credibility as a witness.  The evidence suggested that the victim had a motive to fabricate testimony and showed that a major prosecution expert witness based his opinion based on “deceitful and misleading” evidence put forth by the victim.  Since the evidence was relevant, material, and favorable to the defense it was constitutionally required to be admitted.

B.        In United States v. Grey, 40 M.J. 77 (C.M.A. 1994), evidence of a child’s sexual contact with another child was admissible to show that the child may have initiated the sexual contact that was the subject of the accusation.

C.        In United States v. Harris, 41 M.J. 890 (Army Ct. Crim. App. 1995), evidence of the victim’s history as a prostitute was admissible to prove that the sexual contact was consensual in exchange for money for a bus ticket and that the accusation was only made after the accused called the victim a rude name.

4.         The victim’s past history must be relevant to the accused’s theory before it becomes admissible.

A.        United States v. Velez, 48 M.J. 220 (1998).  The defendant was accused of rape and maintained that it had never happened.  Introducing evidence of the victim’s past sexual history was inappropriate because it had no bearing on the defense.

C.        United States v. Coates, 203 CCA Lexis 124 (N-M Ct. Crim. App. 2003). In a rape case where the accused allegedly raped the intoxicated victim in her barracks, the allegation that she may have once had sex with a stranger was inadmissible when the accused could offer no explanation to why it was relevant.

a.         As a foundational matter the proponent of the introduction of sexual evidence under rule 412 must establish the following:

5.         Whether the probative value outweighs the potential prejudice.

b.        The act is relevant:  The proponent, usually the accused, must show that the probative value of introducing the sexual history of the victim outweighs the potential prejudice.  When conducting a rule 412(c)(3) balancing test, the judge must take into consideration factors such as the confusion of the issues, misleading the members, undue delay and waste of time, needless presentation of cumulative evidence, and possible prejudice to the victim’s legitimate privacy interests.  See United States v. Banker, supra.

c.         During questioning about an alleged victim’s sexual history it is important to only stay to these foundations.  A witness many not opine on the victim’s propensity towards extra-marital sexual relations or their likelihood of having consensual sexual activity with the accused because of this.  For example, in a case where it is alleged that the accused and the victim are alleged to have consensual sexual intercourse before the date of the alleged sexual assault, it is improper to draw conclusions about the victim being more likely to have extra-marital sex but evidence could be used to show that the victim was more likely to have had consensual sex at the time of the alleged incident.

a.         There are certain notices and procedural rules in place that a proponent must follow before being allowed to introduce evidence under one of the exceptions to rule 412. 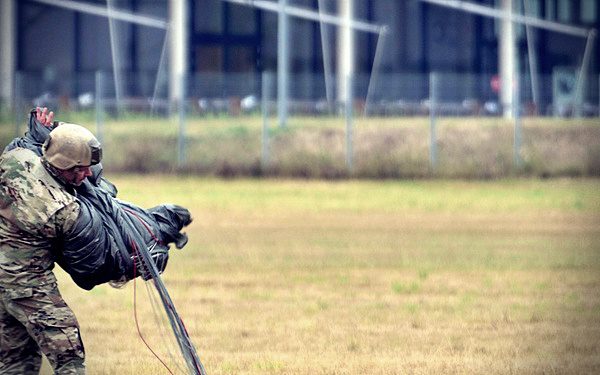 1.         The defense must file written notice at least five days before a plea is entered that they will be using one of the exceptions to rule 412 during trial.

2.         The defendant must give notice to the government, the military judge, and the alleged victim.

3.         The military judge, if necessary, must hold a closed hearing on the issue.  During this hearing, both parties may call witnesses.  The alleged victim also must be given an opportunity to attend and be heard.  The defense must show that the evidence of the alleged victim’s past sexual history meets one of the rule 412 exceptions.

4.          The military judge must determine based on the hearing, that the evidence to be introduced is relevant.

5.         If the evidence is found to be relevant, the military judge must then perform the balancing test under rule 412(c)(3) to show that the probative value of the evidence outweighs potential prejudice.