Requirements for action on a court-martial sentence

United States v. Wilson , 65 M.J. 140 (C.A.A.F. 2007). The Court will not look for ambiguity where there is none. Action said: “In the case of . . . that part of the sentence extending to confinement in excess of 3 years and 3 months is disapproved. The remainder of the sentence, with the exception of the Dishonorable Discharge, is approved and will be executed.” SJAR and addendum recommended approval of the adjudged DD and that is what the CA intended to do, but CAAF found the language of the action unambiguous in its disapproval of the DD. The court refused to look at surrounding documents to find an ambiguity where the action appeared clear on its face.

After the appellate court acquired jurisdiction, CA attempted to withdraw the first action and replace a second wherein the punitive discharge was not suspended, stating he never intended to suspend the discharge. Held: “administrative oversight” as opposed to “clerical error” in CA’s action does not warrant return to the CA for a corrected action. Additionally, any purported action by the CA after an appellate court acquires jurisdiction is a nullity. The NMCCA distinguishes this case from United States v. Smith , 44 M.J. 788 (N-M. Ct. Crim. App. 1996), stating “[u]nlike Smith , there is nothing ‘illegal, erroneous, incomplete or ambiguous’ in the original action.” Id . at 756.

United States v. Mendoza , 67 M.J. 53 (C.A.A.F. 2008). Lower court (NMCCA) had sent the case back for a new Action because the language was ambiguous and not susceptible to interpretation. First Action stated: “only such part of the sentence as provides for a reduction to the grade of pay E-1, confinement for 90 days, is approved and except for the part of the sentence extending to a bad conduct [sic] will be executed.” CA who signed original action had moved on. His successor in command took a new action that approved the BCD. No new SJAR was prepared, and there was no evidence the CA consulted with the original CA before action. The CAAF holds that a “new, as opposed to a corrected” action requires a new SJAR and the opportunity for the accused to submit additional matters under RCM 1105.

United States v. Jennings , 44 M.J. 658 (C.G. Ct. Crim. App. 1996). MJ announced five month sentence, but did not expressly include pretrial confinement (PTC) credit. After issue raised, the military judge said on record that he had “considered” the eight days PTC before announcing the sentence, and the SJA recommended that the CA approve the sentence as adjudged (he did). “Further clarification by the judge was needed to dispel the ambiguity . . . created by his remarks.” SJA “should have returned the record to the judge for clarification pursuant to RCM 1009(d), rather than attempt to dispel the ambiguity of intent himself.” “In any event, there is no authority whatsoever for a staff judge advocate to make an upward interpretation of the sentence, as was done in this case.” Id . at 662.

Return the case to the CA for a new SJAR and action to clarify the ambiguity, or (2) to construe the ambiguity itself and resolve any inconsistencies in favor of the appellant. The court chose the latter and affirmed only so much of the sentence as provided for a BCD, confinement for three months, and reduction to E-1.

United States v. Kolbjornsen , 56 M.J. 805 (C.G. Ct. Crim. App. 2002). Appellant was sentenced to a DD, twelve months confinement, and reduction to E-1. The pretrial agreement required the CA to suspend any confinement in excess of ten months. At action, the CA approved “only so much of the sentence as provides for a BCD, confinement for 3 months, and reduction to E-1.” On appeal, the court noted the ambiguity of the action and stated it had two options:

United States v. Shoemaker , 58 M.J. 789 (A.F. Ct. Crim. App. 2003). At action the first time, the CA approved only thirty days confinement of a three month sentence. On appeal, the action was set aside and the case returned for a new SJAR and action. In the subsequent action, the CA approved a sentence of one month. Unfortunately, seven months out of the year contain thirty-one days resulting in a potential sentence greater than that originally approved, in violation of RCM 810(d). Rather than return the case for a third SJAR and action, the court only approved thirty days confinement.

On appeal, the ACCA ordered a rehearing on sentence. On rehearing, theappellant was sentenced to a DD, six years confinement, and reduction to E-1. The ACCA affirmed the rehearing sentence finding that under an objective standard, a reasonable person would not view the rehearing sentence as “in excess of or more severe than” the original sentence; therefore, Article 63, UCMJ, and RCM 810(d)(1) were not violated. The CAAF reversed as to sentence, finding that a DD is more severe than a BCD and no objective equivalence is available when comparing a punitive discharge with confinement. The CAAF reduced the sentence to a bad-conduct discharge, six years confinement, and reduction to E-1.

United States v. Burch , 67 M.J. 32 (C.A.A.F. 2008). Appellant was sentenced to confinement for one year, reduction to E-1, and a bad-conduct discharge. The CA suspended all confinement in excess of 45 days. Subsequent to his release, but before the suspension period was over, or the CA took action, appellant committed additional misconduct. His suspension was properly vacated and he was returned to confinement. The CA took action, which stated: “execution of that part of the sentence adjudging confinement in excess of 45 days is suspended for a period of 12 months.” Appellant served approximately 223 days of confinement before being released. The CAAF held that this was illegal confinement. “If the CA’s action is to be given effect, as required by R.C.M. 1107, attendant circumstances preceding the action may not be utilized to undermine it.” The vacation of the suspension should have been noted in the action.

United States v. Smith , 47 M.J. 630 (A. Ct. Crim. App. 1997). At a GCM, the accused was sentenced to total forfeitures (TF), but no confinement. Neither the DC nor the accused submitted a request for waiver or deferment, nor complained about the sentence. Accused did not go on voluntary excess leave. Fourteen days after sentence, TF went into effect. At action, the CA tried to suspend all forfeitures beyond 2/3 until the accused was placed on involuntary excess leave. Held: CA’s attempt to suspend was invalid, because the TF was executed (at 14 days) prior to the attempted suspension. The ACCA found the time the accused spent in the unit (5 Jul to 19 Aug) without pay was cruel and unusual punishment and directed the accused be restored 1/3 of her pay. See also United States v. Warner , 25 M.J. 64 (C.M.A. 1987). 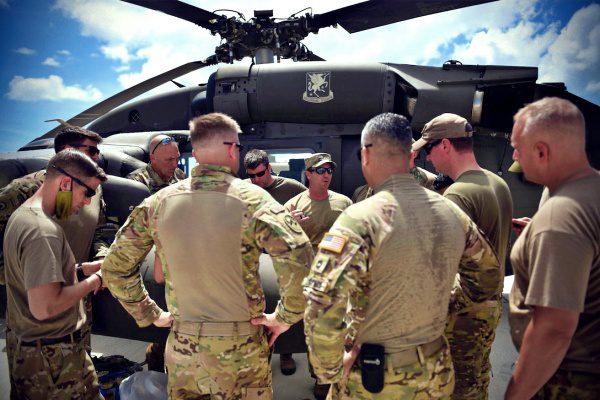 May change a punishment to one of a different nature if less severe. United States v.Carter , 45 M.J. 168 (C.A.A.F. 1996). CA lawfully converted panel’s BCD and twelve month sentence to twenty-four additional months’ confinement and no BCD, acting in response to request that accused be permitted to retire. Commutation must be clemency, “not ‘merely a substitution’” of sentences, but clearly was proper here; BCD was disapproved and accused got his wish to retire, and where, importantly, he neither set any conditions on the commutation ( e.g ., setting a cap on confinement he was willing to endure), nor protested the commutation in his submission to the CA. But consider the discussion to RCM 1107(d)(1) that a BCD could be converted to confinement for up to one year at a special court-martial.

Action on a court martial sentence may suspend a punishment

Action on a court martial sentence may reassess sentence

If a CA reassesses sentence after, for example, dismissing guilty findings, the CA must do so in conformity with the requirements of United States v. Sales , 22 M.J. 305 (C.M.A. 1986). United States v. Harris , 53 M.J. 86 (C.A.A.F. 2000). The CA may purge any prejudicial effect if it can determine that the sentence would have been of a certain magnitude. Further, the SJAR must provide guidance to the CA as the standard to apply in reassessing the sentence. United States v. Reed , 33 M.J. 98 (C.M.A. 1991).

United States v. Bonner , 64 M.J. 638 (A. Ct. Crim. App. 2007). The SJAR recommended that the CA disapprove one specification without giving a reason. The CA did so and approved the adjudged sentence. Appellate defense alleged error and pointed to the lack of any Sales guidance on sentence reassessment in the SJAR or addendum. The ACCA found no reason to believe the specification was disapproved because of legal error (no such allegation in RCM 1105/1106 submissions) and concluded that the disapproval was an act of clemency not requiring sentence reassessment. See United States v. Kerwin , 46 M.J. 588 (A.F. Ct. Crim. App. 1996) (holding that a pure act of clemency does not require sentence reassessment). In a footnote, the ACCA conceded that there may be “middle ground” between pure sentence clemency and clemency recommended as a form of relief from “possible legal error” and recommended that SJAs advise CAs of the standard for sentence reassessment.

United States v. Griffaw , 46 M.J. 791 (A.F. Ct. Crim. App. 1997). SJA incorrectly stated that the sentence reduction based on the terms of the pre-trial agreement was equal to a form of clemency. 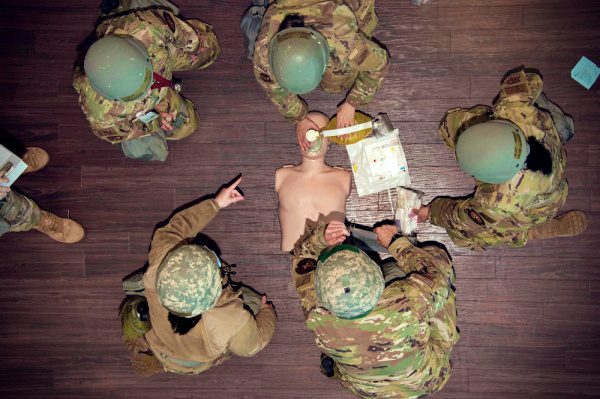 United States v. Meek , 58 M.J. 579 (C.G. Ct. Crim. App. 2003). Appellant was sentenced to reduction to E-1, seventy-five days confinement, and a BCD. At action, the SJA recommended disapproval of one charge based upon the PTA. The SJA further recommended “I do not recommend that you adjust the accused’s sentence as a result of setting aside the military judge’s findings as to Charge I and its specification. The two remaining charges to which the accused pled guilty adequately support the sentence awarded.” Id . at 580. The CGCCA held that the SJA erred by giving the above guidance and by failing to advise the CA that he must reassess the sentence, approving only so much of the sentence as would have been adjudged without the dismissed specification. The CGCCA approved only so much of the sentence as provided for reduction to E-1, sixty days confinement, and a BCD.

United States v. Perez , 66 M.J. 164 (C.A.A.F. 2008). Shortly after trial, rape victim recants. During post-trial Article 39(a) session, military judge finds that he would not have found appellant guilty of rape, nor would he have sentenced him to anything more than six months confinement, reduction and forfeitures. CA modified findings and sentence by approving the BCD, reduction to E-1, and confinement for 206 days. The CAAF held that CA did not properly reassess sentence. Under no circumstances can the CA approve a sentence greater than the sentencing authority would have adjudged absent the error.