United States v. Roth , 57 M.J. 740 (A. Ct. Crim. App. 2002), aff’d , 58 M.J. 239(C.A.A.F. 2003) (summary disposition). Claims of post-trial cruel and unusual punishment in violation of the Eighth Amendment or Article 55, UCMJ, are within a CCA’s Article 66, UCMJ, review authority. In order to succeed on his claim of injury to his testicle while at the DB, injury resulting from improper frisks without “penological justification,” the appellant must satisfy both an objective and subjective test regarding the alleged injury.

Objectively, the appellant must show that the “alleged deprivation or injury was ‘sufficiently serious’ to warrant relief.” Id . at 742. Second, the appellant must show that the person causing the injury had a “culpable state of mind and subjectively intended to maliciously or sadistically harm [him] through the use of wanton or unnecessary force and that the injury was not caused by a good faith effort to maintain or restore discipline.” Id . Held: although appellant satisfied the objective test, he failed to present any subjective evidence of culpability or use of wanton or unnecessary force.

United States v. Brennan , 58 M.J. 351 (C.A.A.F. 2003), aff’d after remand , 60 M.J.119 (C.A.A.F. 2004) (summary disposition). The test for post-trial claims of cruel and unusual punishment is two pronged with an objective component and subjective component: “whether there is a sufficiently serious act or omission that has produced a denial of necessities . . . [and] whether the state of mind of the prison official demonstrates deliberate indifference to inmate health or safety,” respectively. Id . at 353. Additionally, “to sustain an Eighth Amendment violation, there must be a showing that the misconduct by prison officials produced injury accompanied by physical or psychological pain.” Id . at 354.

During the post-trial processing of the appellant’s case, the appellant’s counsel requested clemency based on seven separate grounds, one of which was an allegation that while confined at the USACFE, Mannheim, Germany, she was subjected to cruel and unusual punishment in violation of the Eighth Amendment and Article 55, UCMJ (i.e. sexual harassment and assaults by an E-6 cadre member over a two-month period). In responding to the allegations, the government argued that the appellant failed to establish harm, and additionally, relief was not warranted because the CA already granted clemency. The CAAF disagreed with both assertions. First, the court found that it was clear that the appellant suffered harm at the hands of the cadre member.

Next, although the CA granted some clemency (reducing confinement by three months), the CA’s action was unclear as to why he granted the clemency. The appellant’s counsel raised seven separate bases for relief and the SJAR was silent regarding the allegation of cruel and unusual punishment. Held: the decision of the service court was affirmed as to findings and set aside as to sentence. The case was remanded to the service court with the option of either granting relief at their level for the Article 55, UCMJ, violation (i.e., Eighth Amendment) or to remand back to the CA for remedial action. 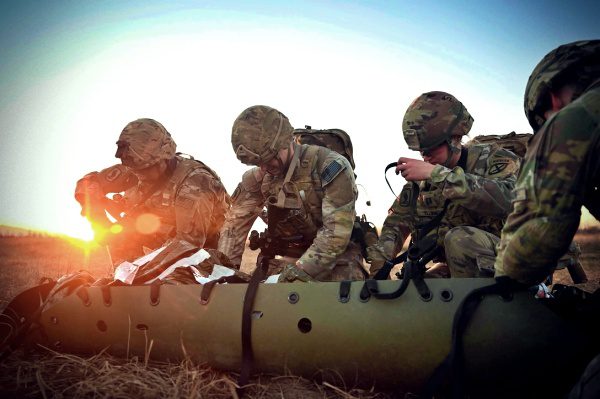