Action on findings not required but permissible

Overview of why action on findings not required but permissible:

United States v. Diaz , 40 M.J. 335 (C.M.A. 1994). “In the absence of contrary evidence, a convening authority who does not expressly address findings in the action impliedly acts in reliance on the statutorily required recommendation of the SJA, see Article 60(d) (1983), and thus effectively purports to approve implicitly the findings as reported to the convening authority by the SJA.” Id . at 337. See also United States v. Henderson , 56 M.J. 911 (A. Ct. Crim. App. 2002) (when faced with ambiguous or erroneous findings not expressly addressed by CA in his action, the court can either return the case to the CA for clarification (i.e., new PTR and action) or affirm only those findings of guilty that are correct and unambiguous in the PTR).

United States v. Lindsey , 56 M.J. 850 (A. Ct. Crim. App. 2002). SJAR erroneously stated findings and CA implicitly approved the findings as reported by the SJA. SJAR reported a guilty finding to Specification 4 of the Charge when in fact the accused was found not guilty of this offense. The court only affirmed the proper findings and reduced the accused’s period of confinement from twelve months to ten months. The court commented on the lack of attention to detail in the post-trial processing: This case presents the court with yet another incident in which an SJA has failed to provide complete and accurate information to the convening authority, as required by RCM 1106. The regularity of these post-trial processing errors is alarming and occurs in many jurisdictions. Most SJAR errors are the direct result of sloppiness and a lack of attention to detail exhibited by the SJA, Deputy SJA, and the Chief of Criminal Law. Likewise, diligent trial defense counsel should identify and correct such errors whenever possible. See RCM 1106(f)(4), (f)(6). These errors reflect poorly on our military justice system and on those individuals who implement that system. They should not occur! Id . at 851. In a footnote in the above-quoted language, the court referred to thirty-five cases out of nineteen jurisdictions, covering a 15-month period, with erroneous SJARs.

United States v. Saunders , 56 M.J. 930 (A. Ct. Crim. App. 2002). The SJAR erroneously advised the CA that the appellant was convicted of six specifications of violating a no-contact order, as opposed to five, and adultery (i.e., Specification 1 of Charge I and Specification 2 of Additional Charge I respectively). Applying United States v. Wheelus , 49 M.J. 283 (C.A.A.F. 1998), the court found that despite the erroneous SJAR, the appellant failed to make a “colorable showing of possible prejudice to his substantial rights concerning the approved sentence.” Id . at 936. The erroneous findings of guilty were set aside and the affected specifications dismissed; the sentence was affirmed. 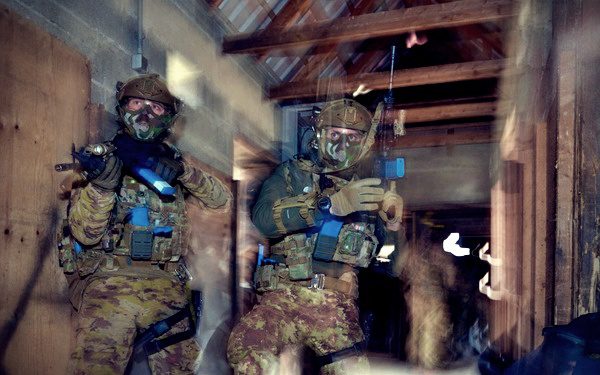 United States v. Ord , 63 M.J. 279 (C.A.A.F. 2006). Appellant was convicted of seven different offenses. However, the SJAR omitted one of the seven. The CA approved the SJA’s recommendation on the sentence. The ROT was then forwarded to ACCA for appellate review. Subsequently, the command issued a “corrected” promulgating order that included the missing findings. The ACCA set aside the CA’s action and returned the record for a new SJAR and CA’s action. The ACCA then affirmed the findings and sentence as approved in the new CA’s action, including the forgery offense. The CAAF held that, when the CA did not act expressly on the findings, and the SJAR omitted a finding of guilty adjudged by the court-martial, the ACCA could not presume that the CA approved the omitted findings, but could return the record for a new SJAR and action.

United States v. Alexander; United States v. Vanderschaaf , 63 M.J. 269 (C.A.A.F.2006) (joint case). The ACCA found that action taken by the CA in separate, unrelated cases did not approve findings reached by a GCM, and in both cases it ordered that language which appeared in the CMO be deleted. The Judge Advocate General of the Army sought review. The CAAF found that the ACCA erred. Although theUCMJ (2015) UCMJ and the MCM require the CA to take express action when he disapproved a finding, neither the UCMJ nor the MCM required a CA to take express action to approve findings. The record in both cases was consistent with the presumption that the CA approved the findings adjudged at trial.