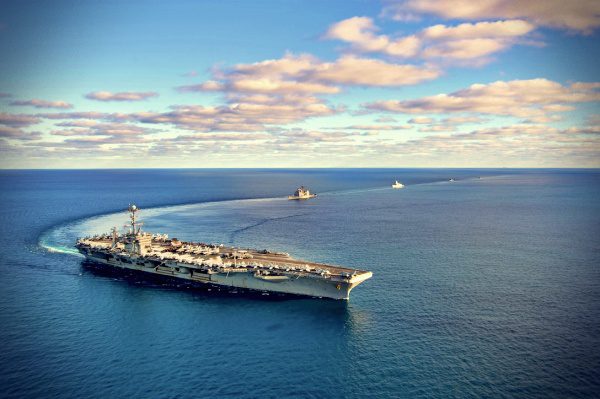 Bagram Airbase is home to one of the most heavily fortified military prisons in the world. Located in the shadow of the Hindu Kush about 30 miles north of Kabul, the facility holds hundreds of alleged jihadists at the center of three tight rings of security, surrounded by U.S. and Afghan troops. To enter and leave Bagram one has to pass through a labyrinth of concrete and dirt-filled-wire barriers that are overlooked by two-story-high observation posts. The prisoners, dressed in orange jumpsuits, are kept in wire cages in the middle of an old warehouse, somewhat like Hannibal Lecter in “Silence of the Lambs.” The warehouse in turn is ringed by razor wire and finally the fences and guard posts of the airbase itself.

Yet in the early morning hours of July 11, 2005, U.S. officials say, four of these brightly attired men somehow penetrated each of the three security cordons and slipped through a Soviet-era minefield just outside the base, one purposely left active. Then the escapees disappeared into the darkness, managing even to elude local Tajik villagers who are generally hostile to foreign fighters. It was, almost everyone agreed, an astonishing feat. “If this really happened as reported, it makes the Great Escape of World War II look like an Outward Bound exercise,” said one U.S. defense analyst familiar with detainee operations who would speak only if he were not named.

On wanted posters that were displayed around Bagram at the time, the escapees were identified vaguely as foreigners who had come to join Al Qaeda in Afghanistan–a Kuwaiti, a Syrian, a Libyan and a Saudi. But last week Pentagon officials were forced to admit that one of the fugitives was not who they said he was. Originally identified as one Mahmoud Ahmad Mohammed of Kuwait, he was actually Omar al-Faruq, a well-known Qaeda leader in Southeast Asia who had been handed over to the Americans by Indonesian authorities in 2002. Faruq’s true identity emerged after a defense lawyer at the Texas trial of a U.S. soldier accused of brutality at Bagram called Faruq as a witness–only to be told by the U.S. Army he was no longer there.

What really happened at Bagram last July? No one knows, or at least those who know aren’t saying. But coming at a time when America’s detention policies in the global war on terror are under fire, Faruq’s disappearance raises new questions about whether a system with so little transparency, accountability and oversight can continue. Bagram is an open book compared with those secret facilities around the world that are run by the CIA but not publicly acknowledged. Anywhere from two dozen to 100 prisoners are held at these sites with no prospect of release, according to official U.S. accounts and Human Rights Watch. Even at the agency, “senior people are saying we’ve got to have an endgame to this,” says one career CIA official who spoke on condition of anonymity. “This isn’t sustainable.”

Pentagon spokesman Bryan Whitman told NEWSWEEK that he was not authorized to provide any details about the escape. “Clearly it wasn’t the U.S. military’s finest hour,” Whitman said. But he added: “This is a field facility. It isn’t Rikers [Island]. This is not the first time that prisoners have escaped from military facilities in Afghanistan as well as Iraq.” But few Afghans seem to believe an escape from Bagram is possible, and that has given rise to rumors about the July 11 breakout. According to one fugitive Taliban commander interviewed by a NEWSWEEK reporter last week, the four men were actually exchanged in secret for captured U.S. special-operations troops. Whitman called that account “absolutely absurd and completely untrue.”

U.S. officials believe that Faruq and his three companions likely had some inside help, perhaps from local hires at the base. Two U.S. counter-terrorism officials also sought to play down Faruq’s importance. One official, who would speak only if he were not identified, said Faruq had been held elsewhere in the secret U.S. detention system overseas but was then transferred to Bagram, which normally houses ordinary foot soldiers in the jihadist movement. 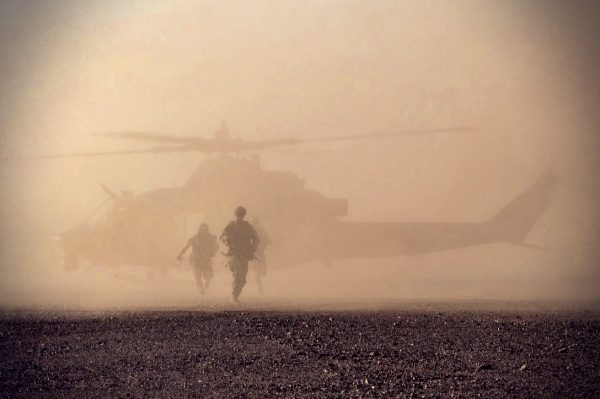 Yet this seemed to contradict previous accounts in which Bush administration officials–before Faruq got away–emphasized his stature in Al Qaeda. “He was the top Qaeda guy in Southeast Asia,” says Zachary Abuza, an expert on Asian jihadist groups at Simmons College in Boston. “He was one of first guys who was part of the CIA’s rendition program,” in which terror suspects are ferried abroad.

The Indonesians also believe Faruq is quite a big fish–and still very dangerous. Born in Kuwait, Faruq married into the family of a founder of Jemaah Islamiah, a regional terrorist group blamed for deadly suicide bombings on Bali in 2002 and again last month, among other terror attacks. In June 2002, Indonesian intelligence officers arrested Faruq and handed him over to U.S. officials. They have come to regret it. Because the Bush administration has viewed this as a war without traditional rules, it has largely denied Jakarta and other governments legal access to detainees like Faruq. Jakarta repeatedly requested–but never got–the right to question Faruq to support its legal case against the alleged spiritual leader of Jemaah Islamiah, Abu Bakar Bashir. Partly as a result, Indonesian prosecutors were never able to prove that Bashir headed Jemaah Islamiah, and in 2004 he was sentenced to only 30 months.

Much remains to be learned about the great escape from Bagram. But the tale may bolster the case of those who argue that handling detainees in such an extralegal, secretive way is only hurting the anti-terror campaign. After a few months, most detainees are milked of all intelligence value and are useful mainly as witnesses, terror experts say. “There has got to be some resolution,” says the CIA official. Omar al-Faruq, at least, may have found a way to resolve his own case.