We fought this case and won a full acquittal. Our client was falsely accused of violently raping a female O-3(P), the aide to a 2 Star General on the fast track to General, while in Afghanistan. The alleged rape was reported the next morning at the medical clinic. 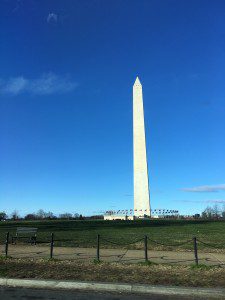 The “victim” was a lying sociopath and we exposed her on the witness stand. She was also a veteran SARC (Sex Assault Response Coordinator) and a victim advocate.

Although she reported the next morning, this is where her problems began. She deleted emails, social media posts, and text messages, thinking that they could not be recovered. She was wrong. Our client hired us immediately after being accused (and he did not talk to investigators). We then recovered emails, texts, and social media posts that showed that this BS victim was lying.

We exposed some of this evidence to the prosecution, hoping that they would do the right thing and drop the charges. They did the opposite. They used the information that we provided to educate the lying victim and her lawyer.

The victim again changed her story to explain away the damning evidence. This “victim” was very intelligent (the Army is currently paying for her Master’s degree at Columbia University in New York), charming, and conniving, like most sociopaths.

Cross-examining an expert liar, like her, can be a challenge, but Mr. Waddington used her arrogance to destroy her on the stand. The defense also showed that she went to the clinic to get STD and Plan-B anti-pregnancy medicine because, in Afghanistan, it is a crime for soldiers to have sex. Admitting to having sex could ruin her career. As a SARC, she knew that she could get medicine by claiming rape.

Mr. Waddington and his bulldog co-counsel, CPT Patrick Sandys, suspected that the prosecutor and the SVC (special victim counsel) would likely double cross us, so we set a trap. We selectively exposed some, but not all of the text messages and social media that we had recovered. In the end, this “victim” perjured herself on the stand. But we had already set her and the unscrupulous prosecutors up. Once we locked her in her lies, we then revealed the additional evidence and demolished this liar in an ambush attack.

RESULT: NOT GUILTY OF ALL CHARGES. 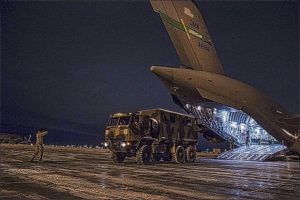 For the first time ever, we included our client’s review on our results page. Here it is:

Micheal Waddington is hands down the best of the best! Selecting Micheal to represent me at my recent court martial was one of the best decision I could have made. Earlier on in my year long journey Micheal and his exceptional staff reached out to CID informing them that I represented and to leave me alone.

Micheal work diligently on my case developing case strategy, gathering evidence and filing critical motions which would eventually lead to my full acquittal of several specifications of Article 120, 134 and 92 charges.

Being tried at general court martial is one of the scariest things I have ever done in my life. Regardless of the evidence in the case the government is coming after you and you are in a fight for your life. Forget the innocent until proving guilty, I’m telling you from experience that you are Guilty until you can prove your innocent. Anyone that tells you any different has probably never faced 60 years, separation from their family and a complete erase of over a decade of exceptional service to their country. You are Guilty until you can prove that your innocent and that’s the bottom line! The government has unlimited resources and if you’re facing a sexual assault trail, then the alleged victim has at least three lawyers free of charge at his/her disposal. The Special Victim Counsel, Trial Counsel and the very vicious Special Victim Prosecutor. You my friend have a Trail Counsel whom you will only get assigned after charges have been preferred against you. 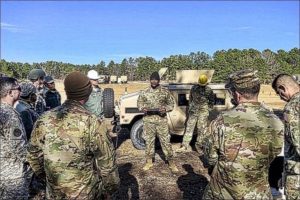 So much can go wrong for you during the investigation, charges being preferred and being assigned a trial counsel. As I stated earlier Micheal contacted CID special agents and advised them to leave me alone, with a good lawyer you wont be hounded by CID Agents who claim they want to help. CID is not your friend and they have absolutely no other desire than to aid the government’s team of lawyers in gathering information to convict you.

You need a Lawyer, I will warn you however that not all lawyers are equal and sometimes you get exactly what you pay for. If you are facing serious criminal charges than you need a lawyer that has the experience in dealing with such manners. If you are facing a sexual assault allegation there is a 95% or better chance that you are going to trail. I’m sorry to break the news to you but get it in your head I’m in a fight for my life and I’m going to trial. You need a lawyer that has tried cases to verdicts with successful results.

I’m telling you from months of research, that Micheal Waddington is the best lawyer that money can buy. If I had to do it all over again I wouldn’t trust my life in the hands of no one other than Micheal Waddington. At trail Micheal meticulously exploited all of the weaknesses in the government case. Micheal took the fight to the government and after cross examination of the first witness, he had to government in a defensive posture. At the end of the first day of my trail Micheal was so effective that the government was attempting to offer plea deals, I watched him laugh in their face!!!! 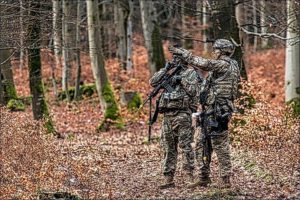 The second day, I testified and was well prepared as a result of Micheal preparing me. Then came the scariest 3 hours of my life after the SVP made me look like the worst person that ever walked the planet, Micheal was up and he in a very calm manner changed the perspective of virtually everyone in the room in regards to facts in the case and the type of Soldier I had been and currently was.

Sitting in that waiting room for the decision to come down I remember walking past a table were in plain sight were two boxes containing leg irons and hand cuffs. I say yet again you are in a battle for your life. If it had not been for the exceptional work of Micheal, I wouldn’t be typing this message. I would be wearing those leg irons and convicted of a crime I didn’t even commit. You may think you can’t afford a civilian lawyer, I personally feel that you can’t not afford one! MICHAEL WADDINGTON!!!!